By Kathy Stephenson
·  Published: 4 days ago
Updated: 2 days ago

Proclaiming himself “a man of science” and “a man of faith,” Russell M. Nelson, the pioneering heart surgeon who now leads The Church of Jesus Christ of Latter-day Saints, shared a spiritual remedy Friday for today’s pandemic-plagued and politically troubled times.

It is “one that may seem surprising — because it flies in the face of our natural intuitions” he said in the 11-minute video posted on social media. ”I am referring to the healing power of gratitude.”

Nelson — considered a prophet, seer and revelator by millions of Latter-day Saints around the world — said he believed that “counting our blessings is far better than recounting our problems,” even amid the COVID-19 pandemic.

“No matter our situation,” he said, “showing gratitude for our privileges is a fast-acting and long- lasting spiritual prescription.”

To help followers feel more thankful, he encouraged them, for the next seven days, to turn their social media pages into a “gratitude journal,” posting every day about what and who they are grateful for and why — using the hashtag #GiveThanks.

“Working together,” he said, “we can flood social media with a wave of gratitude that reaches the four corners of the earth.

He also encouraged his listeners to “unite in thanking God” through daily prayer.

“Jesus Christ taught his disciples to pray,” Nelson said, “by first expressing gratitude to God and then petitioning him for the things we need. Prayer brings forth miracles.”

The 96-year-old Nelson was a renowned heart surgeon before devoting himself to full-time church service. During his message, he spoke of his concern about COVID-19 and the scientists who were working on a vaccine to prevent its spread.

“As a man of science, I appreciate the critical need to prevent the spread of infection,” he said. “I also honor the devoted service of health care professionals and grieve for the many whose lives have been upended by COVID-19.”

The video showed people putting on and wearing masks, which medical experts have said help greatly in preventing the spread of the virus.

As a “man of faith,” however, Nelson said he viewed the current pandemic “as only one of many ills that plague our world, including hate, civil unrest, racism, violence, dishonesty and lack of civility.

While gratitude does not “spare us from sorrow, sadness, grief and pain,” he said, “... it provides us with a greater perspective on the very purpose and joy of life.”

Nelson then recounted the sorrow he experienced after the death of his first wife.

“Dantzel and I were sitting on the sofa holding hands while we watched television. Suddenly, she collapsed,” he said. “Despite being well trained to treat the very thing that ended her life, I could not save my own wife.”

Nelson, a father of nine daughters and a son, has also lost two daughters to cancer — something, he said, for which no parent is prepared.

“And yet, despite these and other difficult experiences, I am incredibly, eternally grateful for so very many things,” he said, including the nearly 60 years he shared with Dantzel.

He also expressed gratitude for his current wife, Wendy, whom he met after Dantzel’s death, and the years spent with his two departed daughters.

“This father’s heart melts,” he said, “when I see attributes of those girls in the precious faces of their children and grandchildren.”

Nelson concluded his message with a prayer, pleading with God to “help us ends this virus that has plagued so many of thy children.”

He also prayed for “relief from political strife” and a “healing spirit that unites us despite our differences.”

Nelson has previously called for special fasts and prayers in seeking heaven’s help for relief from the physical, emotional and economic effects of the global pandemic.

END_OF_DOCUMENT_TOKEN_TO_BE_REPLACED 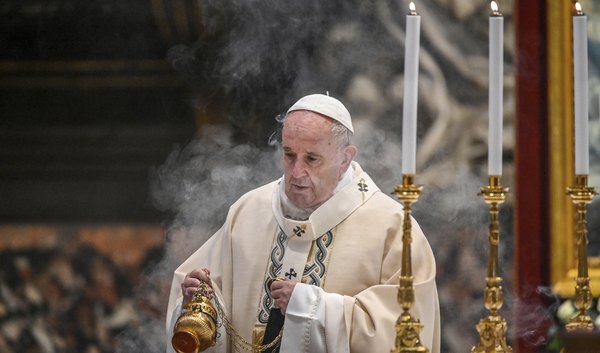 In new book, Pope Francis addresses COVID-19 and politics, with an eye to the U.S.
By Claire Giangravé | Religion News Service • 11m ago 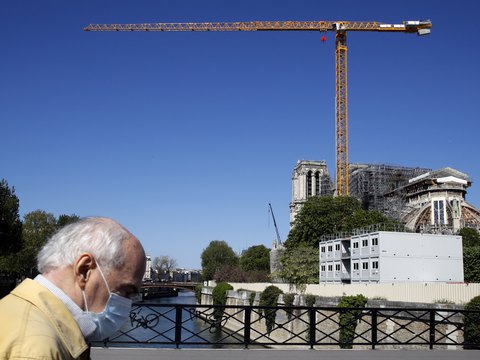