U.S. Catholic bishops are holding their annual fall assembly virtually this week with the Vatican’s recent report on the rise and fall of disgraced ex-Cardinal Theodore McCarrick one of their main topics for discussion.

Released last week after a two-year investigation, the report found that three decades of bishops, cardinals and popes dismissed or downplayed reports McCarrick shared his bed with seminarians.

Pope Francis defrocked McCarrick last year after a Vatican investigation determined he sexually abused children and adults. Francis acted after a former altar boy came forward in 2017 with allegations McCarrick groped him in the 1970s.

Francis commissioned the more in-depth probe into who knew what and when after a former Vatican ambassador, Archbishop Carlo Maria Vigano, alleged in 2018 that some two dozen church officials were aware of McCarrick’s sexual misconduct with adult seminarians but covered it up for two decades.

Here are some key takeaways from the report.

What were the main conclusions?

The report faulted in particular St. John Paul II, who was pope from 1978 to 2005. It revealed that the pontiff appointed McCarrick archbishop of Washington in 2000 and later made him a cardinal despite having commissioned an inquiry that confirmed he shared his bed with seminarians. The 2000 inquiry recommended McCarrick not be promoted given the potential for scandal if his behavior ever became public.

John Paul appears to have been swayed by a last-minute letter McCarrick wrote to his secretary, then-Bishop Stanislaw Dziwisz, asserting he never had “sexual relations” with anyone.

What happened under Pope Benedict XVI?

Benedict (2005-2013) took some ultimately ineffective steps in 2005, after the Vatican received documentation from a former Metuchen, New Jersey, seminarian who in 1994 complained to his bishop about abuse by McCarrick.

Benedict decided against a canonical trial or sanction, in part because the Vatican’s in-house legal code didn’t provide ways to prosecute old cases of priests who slept with young men. Instead, the Vatican’s bishops office urged McCarrick to keep a low profile and minimize his travel.

Elizabeth Bruenig: The Catholic sex abuse crisis is far from over

McCarrick disobeyed, and the bishops office put the request in writing in 2008. But still he traveled widely during Benedict’s papacy, including to regular meetings at the Vatican, Bosnia, Lebanon, Qatar, Ireland and throughout Asia.

What happened under Pope Francis?

The report found that Francis, who became pope in 2013, did not lift or alter those restrictions on McCarrick, nor did he investigate further when aides told him about the cardinal’s past. It said Francis merely continued in the path charted by Benedict.

However, McCarrick’s travel seems to have intensified under Francis and had his blessing. He corresponded directly with the pope — 17 known letters in four years — and the Vatican’s secretary of state about his efforts to forge better relations with China and Muslim leaders.

The report, organized chronologically, devotes a small fraction of its attention to the current papacy, starting on page 393 of the 449-page document. It said Francis had never heard of any restrictions on McCarrick prior to becoming pope, and only heard from his No. 2, Cardinal Pietro Parolin, about “past imprudent acts with adults.”

The report said Parolin didn’t present the issue as a matter of grave concern, and said he recalled that Francis said “maybe McCarrick could still do something useful.”

Who is Vigano, and was he proved right?

Vigano was a career Vatican diplomat who served in the secretariat of state before being named to run the Vatican City State in 2009. During his tenure, he claimed credit for rooting out corruption and waste, but his zeal ruffled feathers and Benedict in 2011 transferred him to be ambassador to the U.S.

In Washington through 2016, Vigano became strongly affiliated with the conservative wing of the U.S. church that dominated the U.S. Conference of Catholic Bishops, becoming a champion of its opposition to gay marriage and abortion. A dozen or so U.S. bishops meeting this week publicly vouched for his integrity after his 2018 expose.

The most explosive allegation in Vigano’s 2018 denunciation was that Francis lifted “sanctions” imposed by Benedict and made McCarrick a trusted adviser who had a hand in U.S. bishop nominations. Vigano called on Francis to resign for having ignored what he said was his own verbal warning in 2013 that McCarrick had “corrupted generations of priests and seminarians.”

Many of Vigano’s central assertions were confirmed in the Vatican report but not the ones involving Francis. “No records support Vigano’s account and evidence as to what he said is sharply disputed,” it said.

What didn’t the report say or do?

The report offered no conclusions or recommendations to prevent future scandals involving clergy who misuse their power to sexually abuse adults.

It offered no contextual analysis of the culture of the Vatican and U.S. church hierarchy, nor did it provide any background about what some critics say is common but unspoken homosexual activity in some U.S. seminaries and the priesthood at large. It also didn’t explain or hypothesize why some officials might have been disposed to cover for McCarrick and dismiss reports against him as rumor or ideologically motivated.

The report does, however, document that McCarrick was able to rise through the hierarchy because he could count on the church’s culture of silence, clerical privilege and fear of scandal.

END_OF_DOCUMENT_TOKEN_TO_BE_REPLACED 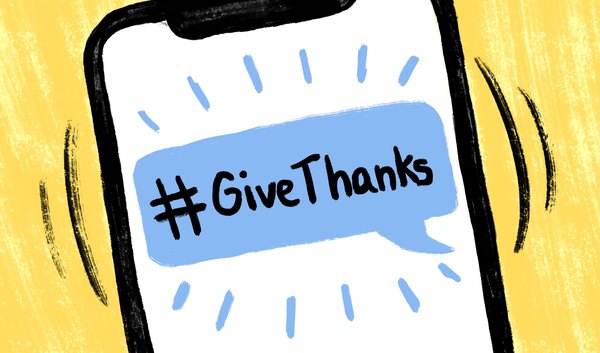 So is expressing gratitude, as LDS Church President Russell Nelson urged, healthy, or hurtful, during a pandemic?
By Peggy Fletcher Stack • 2d ago 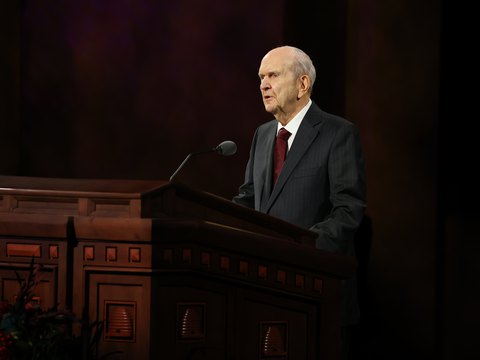 This week in Mormon Land: Nelson’s nighttime inspiration; a thumbs-up for proselytizing; the big election choice
By David Noyce • 3d ago 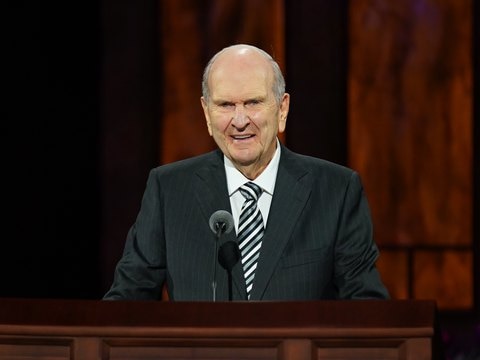 ‘Mormon Land’: Therapist explains why giving thanks is healthy — even amid COVID
By The Salt Lake Tribune • 3d ago
END_OF_DOCUMENT_TOKEN_TO_BE_REPLACED
L