The Church of Jesus Christ of Latter-day Saints has modified some of its policies regarding what it deems moral issues like fertility treatments, birth control, sterilization, surrogacy, sex education, medical marijuana and unwed parenting — mostly making them more flexible, compassionate and dependent on individual member judgments.

These revisions announced Friday are reflected in an updated version of the church’s General Handbook, which spells out the faith’s mission and goals as well as its policies, practices and procedures to help guide members and leaders.

In February, the handbook was overhauled, scaled back to a single volume, and posted online for everyone to read.

There were additional adaptations in March, and now the church has revised 15 more chapters, including “significant changes to five chapters,” according to a news release. “To date, 16 of the book’s 38 chapters have been completely reworked, and minor changes have been made to several other chapters as part of an ongoing revision under the direction of the [governing] First Presidency and Quorum of the Twelve Apostles.”

Insiders may be especially interested in new chapters on “Elders Quorum” and “Relief Society,” which are now “organized around the work of salvation and exaltation,” the release said. “The word count in each has been reduced by nearly half. The word count has also been significantly reduced in the new ‘Sunday School’ and ‘Teaching the Gospel’ chapters.”

In general, though, it is Chapter 38, “Church Policies and Guidelines,” which details the Utah-based faith’s approach to various social issues, that has seen some of the most notable revisions.

Some parts of it were tweaked earlier, but the current version includes eight policies that are either updated or new.

A statement has been added to the start of the portion on “moral issues,” which reads: “A few policies in this section are about matters that the church ‘discourages.’ Church members usually do not experience membership restrictions because of their decisions about these matters. However, all people are ultimately accountable to God for their decisions.”

Jonathan Stapley, a scientist and historian who has studied extensively the church’s handbook changes through the years, believes that opening is important.

“It indicates that while many decisions are up to individuals,” Stapley writes in an email, “this reflects perhaps early leaders’ impulse to teach correct principles while letting individuals ‘govern themselves.’ It is also just wildly more practical from a logistical perspective.”

Here are a few changes and additions in that section:

This week in Mormon Land: Nelson on ‘painful’ closures; a temple prophecy that wasn’t; rocker Tyler Glenn finds his truth

This week in Mormon Land: ‘First Vision’ art, the Trump slump, and the latter-day love affair with middle initials

• The new version combines previous statements about in vitro fertilization and artificial insemination into a single subsection, labeled, “Fertility Treatments,” and notes that “when needed, reproductive technology can assist a married woman and man in their righteous desire to have children.” It also drops mentions of single sisters using these techniques.

• While sperm and egg donations from anyone other than the husband and wife are still discouraged, the decision is “ultimately left to the judgment and prayerful consideration of the potential donor.”

• Surrogate motherhood also is discouraged, but is a “personal matter that is ultimately left to the judgment and prayerful consideration of the husband and wife.” In addition, babies born to a surrogate mother are not “born in the covenant,” says the new wording, so couples must apply to the First Presidency for their children to be “sealed” to them, meaning they would be their children in the hereafter.

• Information on medical marijuana has been added, which approves the use of the drug for medicinal purposes as long as its use is deemed “medically necessary by a licensed physician or another legally approved medical provider” and the person follows “the prescribed dosage.”

• On suicide, the manual adds much more context and compassion for those who die by suicide and for their loved ones, endorses professional counseling and reminds members that “only God is able to judge the person’s thoughts, actions, and level of accountability.”

• The new instructions for dealing with “unwed parents under 18,” say these young people “may” continue to be involved in their respective youth organizations (like priesthood quorums and Young Women classes, respectively), a decision which is left to “prayerful discretion” of the young couple, their parents, and their congregation’s bishop.

Emily Jensen, the web editor for the online journal Dialogue: A Journal of Mormon Thought, applauds the handbook’s move toward greater individual responsibility.

The part on sex education, for example, continues to urge parents to “support school instruction that is consistent with the gospel.”

It also encourages parents to have “honest, clear, and ongoing conversations with their children about healthy, righteous sexuality.”

“I grew up with chastity discussions that used uncomfortable and definition-changing terms like ‘necking’ and ‘petting,’ and so in our family we have multiple age-appropriate conversations about sex,” she says. “Any help from the church is appreciated and will help other families know the importance of direct and correctly defined terms.”

On birth control, the handbook reaffirms that only couples should decide how many children to have and when to have them and tells Latter-day Saints “not [to] judge one another in this matter.”

While discouraging “procedures such as vasectomies and tubal ligations” as elective forms of birth control, the church says the “decision is a personal matter that is ultimately left to the judgment and prayerful consideration of the husband and wife.”

Jensen, for one, appreciates the church’s fresh stance on surgical sterilization, leaving it primarily up to couples.

“After having five children, my husband and I understood that our family was complete. Surgical sterilization was the most cost-effective and effective method, and I appreciated that our church insurance covered [the procedure] 10 years ago,” the Davis County mom says. “I understood then that it was a spiritual decision we could make. I’m glad to see the wording changed in the handbook to reflect that.”

A little concerning to Jensen, however, is the updated language on the occult, which now condemns not just Satan worship but also “mystical activities that are not in harmony with the gospel of Jesus Christ. Such activities include (but are not limited to) fortune-telling, curses, and healing practices that are imitations of the priesthood power of God.”

With Mormon historians “uncovering more and more about early female Latter-day Saints doing healing blessings, I’ve seen an uptick in discussions on whether things like [women] blessing a child to be healed, oil or energy healing, or even crystals are appropriate,” Jensen says. “The updated statement seems to allow those in leadership positions to umbrella all of that under the ‘occult.’”

She would rather have seen “an opening of these discussions instead of what looks like a closed door.”

Stapley wrote about the practice of healing by early Latter-day Saint women and contemporary alternative healing practices in his recent book, “The Power of Godliness: Mormon Liturgy and Cosmology,” which won top honors from the Mormon History Association.

The handbook’s reference to “healing practices that are imitations of the priesthood power,” he notes, “falls under the entry of the occult that is otherwise focused on the domain of ‘darkness.’”

There are “many, particularly in the Intermountain West, who engage in healing practices that are outside of church liturgy, but that are positioned within a Christian cosmology of light,” Stapley says. “It is unclear how both church authorities and these believers will resolve that ambiguity.”

END_OF_DOCUMENT_TOKEN_TO_BE_REPLACED 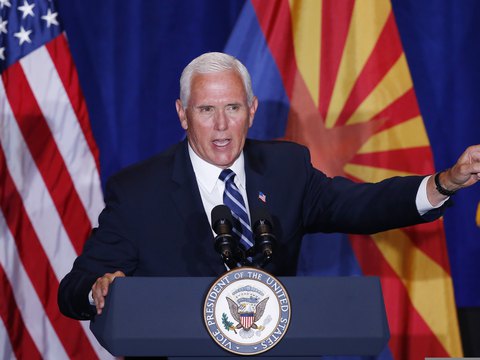 Letter: Vandalism is not free speech
By Joan Provost | The Public Forum • 29m ago 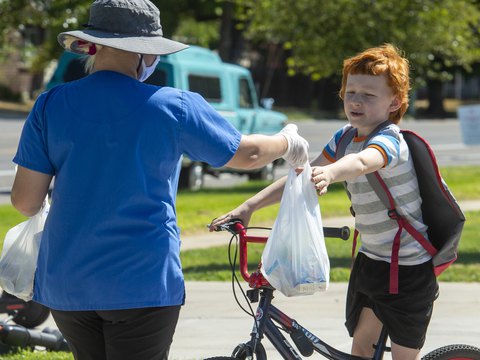 Think you know Utah? Take our news quiz and find out.
By Kelly Cannon • 59m ago 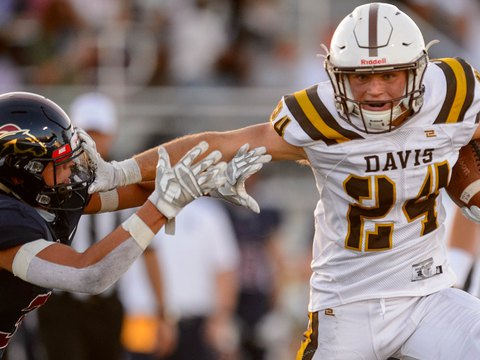