The church is making it easier to keep up on official news, announcements and events by merging all of that content onto Newsroom.ChurchofJesusChrist.org.

“In a world overflowing with information, it has never been more important to speak with simplicity,” general authority Seventy Jack N. Gerard, executive director of the Church Communication Department, said in a news release. “The imperative of Jesus to ‘be one’ inspires us to communicate with one voice. Newsroom has long been an essential resource to the media, the general public and members. We believe this consolidation provides a more unified online reading experience for Latter-day Saints and interested observers of the faith.”

The new design also includes selected content from TheChurchNews.com, a supplement to the church-owned Deseret News.

Of course, readers can also keep up on happenings in and about the church through in-depth articles in The Salt Lake Tribune and in this weekly Mormon Land newsletter, which reports and gathers information from church sites and independent sources.

Church President Russell M. Nelson has a word and a warning for any racists out there: Repent.

“The Creator of us all calls on each of us to abandon attitudes of prejudice against any group of God’s children,” he wrote Monday on Facebook in response to the killing of George Floyd and the protests and unrest that have rocked the nation. “Any of us who has prejudice toward another race needs to repent!”

Nelson urged people to “foster a fundamental respect for the human dignity of every human soul, regardless of their color, creed, or cause” and to “build bridges of understanding rather than … walls of segregation.”

‘Mormon Land’: BYU professors discuss their gender research and how to elevate women’s voices in the church and beyond

The church leader, who met in 2018 with top NAACP officers and spoke last year at the civil rights group’s national convention, also decried looting, defacing and destroying property. “Never has one wrong been corrected by a second wrong,” he said. “Evil has never been resolved by more evil.”

This week’s podcast: There’s work to do to end racism

George Floyd’s death — as just the latest example of a black person dying at the hands of law enforcement — has shaken, angered, agitated and, some say, awakened the nation, setting off waves of sometimes-violent protests against racism and police brutality.

Both LaShawn Williams, an assistant professor of social work at Utah Valley University, and Kimberly Applewhite, a psychologist with the Utah Center for Evidence Based Treatment, say society, the nation, their church (a faith with its own racist history), and individuals can and must do more to wipe out the sin of racism.

Saturday is a special day ...

So writes his wife, Wendy Nelson, in a recent Facebook post about how the faith’s first family prepares every Saturday for the next day’s in-home sacrament service during the coronavirus pandemic.

“Knowing that our dining table will become the sacrament table on Sunday, both of us take special care on Saturday to make sure our home is clean and tidy,” she writes. “My husband finds such JOY as he folds the laundry and vacuums. And I am happy to find joy in his joy!” (The post even includes a picture of the plaid-shirted president vacuuming.)

The other day a family friend asked my wife, Wendy, what it has been like to have the sacrament in our home. Wendy wrote...

The highlight, Wendy adds, “is hearing my husband bless the sacrament.”

For his part, the 95-year-old leader says he loves their time worshipping together on the Sabbath, “but we have also missed partaking of the sacrament with the Saints.”

From the German army to a different G.A.

With World War II drawing to a close, 14-year-old F. Enzio Busche was drafted into the German army, captured by American forces and eventually reunited with his family in 1945.

But the truth-seeking Busche didn’t find spiritual freedom until 1958, his family notes, when he converted to Mormonism.

Busche, who went on to become a mission president, temple president and general authority, died May 28.

“The gospel changed the life of Elder Busche and his family drastically, calling him away from his home and culture,” states his obituary in The Tribune, “but with gratitude he served God and looked to him in every circumstance.”

That suit or dress that no longer fits, that game your kids no longer play, and those books you no longer read can find a new home now.

Deseret Industries has begun reopening, and the stores are again accepting donations — by appointment only.

“We expect an influx of donations into our stores,” operations manager Brent Palmer said in a news release. “We are so grateful for everyone who has waited to donate, and we want to accept as many donations as possible. Donated items allow us to help the associates in our job-training program.”

The church-owned thrift stores are also welcoming back bargain-hunting shoppers. Go to deseretindustries.org/reopen to find the status of a D.I. outlet near you.

And it came to pass that the Ingersolls did stumble upon a first edition of the Book of Mormon in a Baltimore antique shop and thus began a four-decade pursuit of rare copies of the faith’s signature scripture.

Eventually, Carolyn and William Ingersoll collected first editions of the Book of Mormon in all 149 translations.

Now the couple have donated those finds to the special collections department of Brigham Young University’s Harold B. Lee Library.

“Seeing the collection and knowing that the Ingersolls wanted it to come to BYU brought tears to my eyes,” Greg Seppi, BYU’s assistant librarian, said in a school news release, “although I confess that I cry easily when beautiful rare books are involved.”

For a new chapel in northern Utah’s Garden City, however, the greeting could read “visitors only.”

After all, it’s there mainly to serve the many tourists who flock to scenic Bear Lake, especially in the summer, during holidays and other vacation periods.

The building is essentially one big hall with a rostrum, the Cache Valley Daily writes. There are no classrooms because only sacrament meetings will be offered.

“This building can also be scheduled for wedding receptions, family reunions and other appropriate activities,” Craig Floyd, a counselor in the newly established Bear Lake Visitors Branch, told the news outlet. “It is wide open from one end to the other.”

When in Rome, Latter-day Saints now can attend their own temple — thanks to last year’s widely trumpeted dedication — but to propel the faith’s growth in Italy, members will have to attend to something else: missionary work.

“The church in Italy continues to struggle with a lack of progress among Italian members and expanding the church’s outreach rather than consolidating it,” argues independent researcher Matt Martinich in his updated profile of the European nation.

“Future Latter-day Saint growth in Italy will strongly depend on the local Italian church’s ability to be self-sufficient in leadership and missionary needs,” he writes at ldschurchgrowth.blogspot.com, “and the mobilization of local members to take the lead to find, prepare, and fellowship new converts who develop a lifelong conversion to the church.”

The former member from North Carolina has amended her fraud lawsuit against the church, Legal Newsline reports, accusing the Utah-based faith of hiding pertinent facts about Mormon founder Joseph Smith.

A federal judge previously tossed the complaint, saying churches cannot be sued over the veracity of their religious teachings.

The church responded to the latest filing, Legal Newsline adds, by arguing that the plaintiff is using the court as a “forum for airing her religious grievances.”

• The church’s charity convoy keeps rolling. This time a semitrailer — one of 15 the faith has been sending out every week to points across the country — rolled into Massachusetts last week with 40,000 pounds of food.

The welcome supplies will help residents of Chelsea, one of the cities hardest hit by the coronavirus, CBS Boston reported.

The delivery bolsters two previous coronavirus relief shipments in the nation, according to a news release.

• Latter-day Saints, teaming up with Utah agencies, farmers and ranchers, helped deliver hundreds of live sheep and thousands of pounds of frozen lamb and flour to the Navajo Nation, which has been devastated by COVID-19.

“When we tell the people they’re getting a live sheep and flour, they’re one step from heaven,” Rebecca Benally, a member of the Navajo Nation and former San Juan County commissioner, told The Tribune. “They’re very appreciative.”

• Come Monday, 77 of the church’s more than 160 temples around the world will be back in service on a limited basis — including the first two to reopen Africa.

The Aba Temple in Nigeria and the Accra Temple in Ghana will offer marriage “sealings” by appointment for couples who already have been endowed.

For the status of all temples and which ones are part of these “Phase 1” reopenings amid the coronavirus pandemic, click here.

“If the blood of people crying up from the ground is not enough to motivate us [to work to end racism] but the fear that maybe somebody might get to the temple and spray-paint it is … We have to be aware of when we’re cherry-picking our morality, and we really need to be clear about how we’re defining what unrest looks like.”

END_OF_DOCUMENT_TOKEN_TO_BE_REPLACED 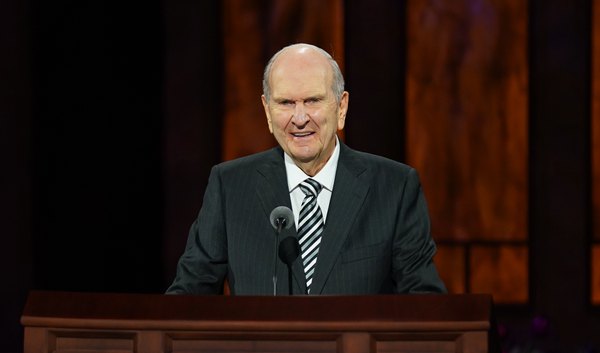 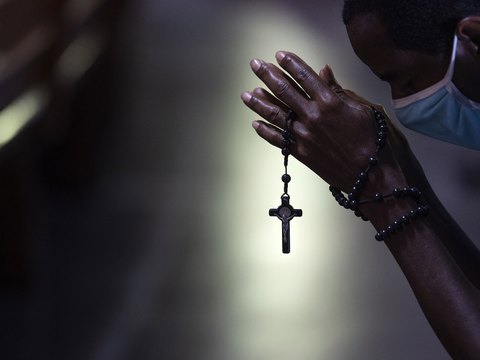 Like Joe Biden, many Catholics find the rosary to be a comfort and anchor in crisis
By Bob Smietana | Religion News Service • 2d ago
END_OF_DOCUMENT_TOKEN_TO_BE_REPLACED
L

Job interviews without interviewers, products of the pandemic
By Julie Weed | The New York Times • 20m ago

Utah Jazz All-Star Donovan Mitchell feeling ‘blessed’ by extension, but focused on a championship
By Eric Walden • 47m ago