Commentary: Joe Biden on restoring the soul of our nation

Today’s politics are too toxic, mean and divisive. People are too quick to demonize and dehumanize, too ready to dismiss all that we have in common as Americans.

That’s beneath us as a country. It doesn’t reflect our values; it’s not who we are. That’s why, since I first declared my candidacy for president, I’ve said: I’m running to restore the soul of our nation.

I first learned those values growing up in a Catholic, middle-class family in Scranton, Pa., and Claymont, Del. I learned them at my father’s dinner table, at Sunday Mass and at St. Paul’s and Holy Rosary Elementary. The nuns there taught us reading, writing, math and history — as well as core concepts of decency, fair play and virtue. They took as a starting point the teaching from the Gospel of Matthew: “Whatever you did for one of the least of these brothers and sisters of mine, you did for me.”

My whole idea of self and family, of community and the wider world, stems from those lessons. They drilled into me a core truth: Every single human being deserves to be treated with dignity. Everyone. The poor and the powerless, the marginalized and vulnerable, the least of these. That has been the animating principle of my life and my faith.

Scripture is clear: It’s not enough to just wish the world were better. It’s our duty to make it so.

And when my father would remind me, again and again — “Joey, there’s no greater sin than the abuse of power” — I knew: It’s never enough to just abhor or avoid the abuse of power; you have to stand up to end it, wherever it’s found.

That’s what first drew me to public service decades ago — during the civil rights movement, when Americans of all faiths were called on to put our values into action, to fight the heinous abuse of power that is segregation and bigotry.

It’s why I fought to pass the Violence Against Women Act of 1994 — to confront the domestic violence that so many back then tried to dismiss as a “family matter,” and to instead give survivors a voice and a path to justice and recovery.

It’s why I’ve always stood up for working families — for a higher minimum wage and for family and medical leave; for unemployment, overtime pay, collective bargaining rights and workplace safety.

For me, leadership — and basic human decency — has always meant confronting the abuse of power, and fighting back against anyone who exploits the vulnerable for personal gain.

By ripping children from their mothers' arms at the border and holding asylum-seeking families in cages indefinitely; by fanning the flames of hate and violence at home; by embracing dictators abroad who repress their own people; by threatening hardworking families’ health care and food assistance, while giving tax cuts to big corporations — President Donald Trump is dimming the beacon of hope and justice that we’ve always been as a nation.

Sen. Mitt Romney reflects on his first year in office

Utah Sen. Mike Lee says report on the FBI is ‘scathing,’ and he believes agents were biased against Trump

My faith teaches me that we should be a nation that not only accepts the truth of the climate crisis, but also leads the world in addressing it. Pope Francis is right in “Laudato Si”: “Never have we so hurt and mistreated our common home as we have in the last 200 years." As president, I’ll launch a $1.7 trillion clean-energy revolution to reach net-zero emissions by 2050, creating 10 million jobs and starting to heal our imperiled planet.

My faith teaches me that we should be a nation where the hardworking, middle-class families who’ve made us strong have a real chance to thrive. That’s why I’ll make sure that we reward work, not just wealth, in our policies and in our values. I’ll make sure that we provide every family with access to fair wages, quality health care, good neighborhood schools and a stable retirement.

And my faith teaches me that we should be a nation that once again welcomes the stranger and shows a preferential option for the poor, remembering how so many of us and our ancestors came here in a similar way. I’ll end Trump’s abhorrent asylum policies, protect “Dreamers” and provide a road map to citizenship for the nearly 11 million undocumented people living in and contributing to our communities every day.

In 2020, we need a candidate who can not only beat Trump at the ballot box, but a leader who also can heal and unite our divided country to get things done.

In hard times, I always come back to the words of theologian Soren Kierkegaard: “Faith sees best in the dark.”

Trump has brought us some very dark days — but in this darkness, I have faith: As president, I’ll make sure that we reaffirm our highest values, rediscover our strength and come together to restore the soul of our nation.

Former Vice President Joe Biden is a candidate for the Democratic Party’s nomination for president. The views expressed in this commentary do not necessarily reflect those of Religion News Service.

END_OF_DOCUMENT_TOKEN_TO_BE_REPLACED 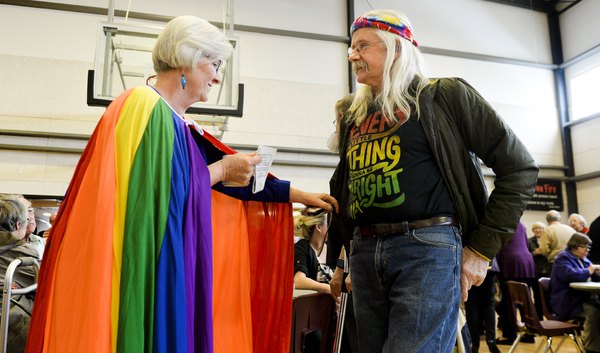 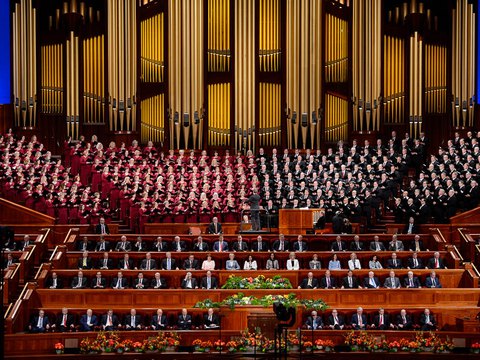