This week in Mormon Land: An apostle’s Oxford return, a matriculating Messiah and an African American museum

Quentin L. Cook first visited Oxford in 1960 as a young missionary. He returned this month to England’s oldest university with the same title, “elder,” but with significantly higher status and a much more public assignment.

Cook, now a senior Latter-day Saint apostle, delivered a keynote address at Oxford’s Pembroke College on “The Impact of Religious Freedom on Public Morality,” in which he lamented the erosion of religious influence in the public square.

“We live in an age where significant portions of our moral heritage are not only not appreciated, but in many cases, misunderstood or even dismissed, almost with disdain,” he said in a transcript of his speech. “ … I am deeply concerned that faith, accountability to God, and the religious impulse are so often seen as antithetical to serious academic pursuits.”

Cook, an attorney with a law degree from Stanford, said “some institutions have abandoned the basic moral high ground that gives meaning to this life and has guided civilizations for centuries.”

“Natural law or even a belief that we are accountable to God is not in fashion in much of the legal world today,” said the apostle, adding that the Utah-based church “supports the religious freedom of all faiths as well as those with no faith.”

This week in Mormon Land: Convert retention rates around the world, reaching out to asylum seekers, and disappearing Bibles

‘Mormon Land’: TV journalist Jane Clayson Johnson talks about her battle with depression and why more dialogue on mental illness is vital

‘Mormon Land’: The life of Jane Manning James — from her quest to be sealed to Joseph Smith to her patriarchal blessing by Hyrum Smith and her legacy for black Latter-day Saints

“It really was an incredible experience ... as we walked into the [Al Noor] Mosque and were greeted so warmly by the people that we consider our sisters, and we shed some tears together and we shared some experiences together,” Becky Craven, second counselor in the Young Women general presidency, said in a news release. “Regardless of our differences, we have so much in common.”

“It was nice,” added Sharon Eubank, first counselor in the Relief Society general presidency, “to see the mosque ... once again dedicated for a place of worship.”

“I’m really grateful to the church,” Ahmed said, “ … for helping us through in whatever support they’ve been giving the community, the Muslim community, and the families that have been impacted by this tragedy.”

Latter-day Saints joined with other religious followers in gathering and packaging food in “Boxes of Love” for delivery to families affected by the attacks.

In May, church President Russell M. Nelson met with Muslim leaders in Auckland and donated $100,000 on behalf of the church to help rebuild the two mosques.

Museum with a mission

A Center for Family History — with help from a $2 million church donation — will take root in the planned International African American Museum.

General Authority Seventy Terence M. Vinson and officials with the church’s FamilySearch genealogy arm attended a groundbreaking last week for the museum rising along Charleston, S.C., waterfront, where nearly half of all African slaves entered the country.

“This is ground zero,” historian Henry Louis Gates Jr. said in a news release. “... It’s very important that a great city in the South be the home of a great museum celebrating the achievements, the history and the culture of persons of African descent.”

The family history center also will be “one of the world’s preeminent centers for African American genealogy,” Latter-day Saint apostle David A. Bednar has said, helping African Americans connect with their ancestors.

The church is making “a concerted effort,” Bednar added, “to build a bridge back to Africa.”

The museum — located at what has been dubbed African Americans’ “Ellis Island” — is expected to open in late 2021.

RootsTech has been transplanted to Britain.

The annual family history extravaganza, a Salt Lake City staple for nearly a decade, just wrapped up a three-day conference in London that drew nearly 10,000 attendees from 42 nations.

“We can all experience the increased power and meaning in knowing that we are never alone,” visiting apostle David A. Bednar said in a news release, “and that together we can discover, gather and connect our families.”

A year after Kristin Chenoweth wowed Christmastime crowds at the Conference Center in downtown Salt Lake City, another Broadway superstar will team up with The Tabernacle Choir at Temple Square this holiday season.

Tony winner Kelli O’Hara will sing with the renowned choir and orchestra Dec. 12-14. She will be joined by Emmy-winning actor Richard Thomas of “Waltons” fame who will narrate the yuletide concerts.

“Kelli O’Hara is a tour de force performer whose beautiful and versatile voice will marry perfectly with the concert’s holiday repertoire,” choir President Ron Jarrett said in a news release. “I also can’t wait to hear Richard Thomas narrate our Christmas story with his signature voice that will take us all back home to Walton’s Mountain.”

Dozens of Cub Scouts took thousands of small steps toward understanding the grueling 2,000-mile march made by hundreds of members of the Mormon Battalion in 1846-47.

“There was a bunch of cactus that got stuck in my shoes and it was pretty hot,” 8-year-old Logan Wimer told the paper. “But I loved the beef jerky and biscuits.”

Utah regulators are weighing whether to ban so-called conversion therapy for minors.

The church insists it, too, opposes efforts to “repair,” “convert” or “change” a person’s sexual orientation, but the faith is also fighting the proposed rules that would do away with the widely discredited practice.

So what’s going on here? Does the church have a point? Or is something more at play, especially given the faith’s stance on gender and sexuality? And what does the current science say about sexual fluidity and gender identity?

Lisa Diamond, professor of psychology and gender studies at the University of Utah, addresses those questions and more.

Jesus is going to college.

Well, at least the colorful mosaic Messiah adorning the historic University Ward in east Salt Lake City is doing so.

The University of Utah plans to buy the beloved 1924 meetinghouse, complete with its artistic adornments, from the church.

“We see it as a perfect building for offices, classrooms and concerts for the College of Fine Arts,” Robin Burr, the U.’s chief facilities officer, told The Salt Lake Tribune. “We are not looking to make any changes at all — except for safety and ADA [Americans with Disabilities Act] upgrades.”

The building — crafted by the same duo who designed the temple in Cardston, Alberta — is a “jewel,” preservation architect Allen Roberts said, and “a significant piece of early modern Mormon architecture.”

The church has settled on a location for its fourth temple in Washington state.

The Moses Lake Temple will be built on a 17-acre site, according to a news release. A groundbreaking has yet to be set for the 20,000-square-foot, single-spired, single-story temple.

The Evergreen State already has three temples, in Richland, Seattle and Spokane.

“If I’m honest, my single life only works because I’ve stumbled into a deep network of emotional support. It removes some sting and gives me people who tell me the truth. I believe in praying to receive friends. Heavenly Father knows we need close friends, and those he sends are gifts. Being a good friend attracts other friends.”

Sharon Eubank, first counselor in the Relief Society general presidency, in “A Letter to a Single Sister” in October’s Ensign.

END_OF_DOCUMENT_TOKEN_TO_BE_REPLACED 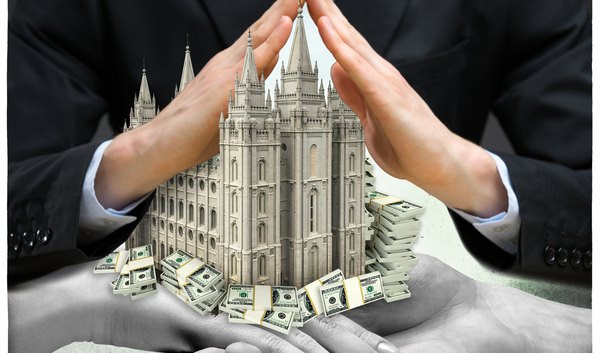 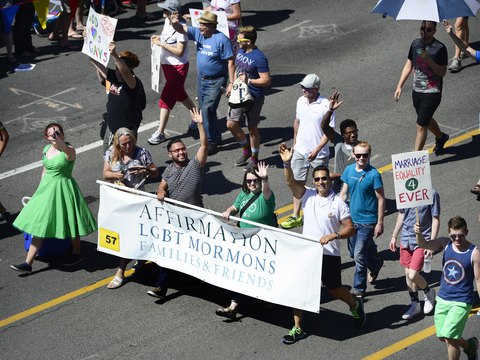 Utah’s 911 system crashed and there are still no clear answers about what went wrong
By Scott D. Pierce • 27m ago