Elaine Bradley describes the music of Noble Bodies, her new — and, in a way, old — band, as “music for your existential crisis.”

“A lot of it is basically just processing what life is and why, and what’s the whole thing,” said Bradley, who has been and still is the drummer for the megaselling band Neon Trees. “What is God? What does that mean? What are we here? We question a lot of things.”

In the music industry, Noble Bodies would be called Bradley’s side project — a band with a harder, punk edge than Neon Trees’ pop-rock style, heard in the hits “Animal” and “Everybody Talks.”

The band — which went on tour earlier this year and released the album “Two Voices” in July — is intertwined with Bradley’s musical history and her and her bandmates’ faith as members of The Church of Jesus Christ of Latter-day Saints.

In many of the songs on “Two Voices,” Bradley said, “we talk around a lot of topics, but we don’t claim to know much. We just claim to believe a lot of things.”

Guitarist Bryce Taylor knew Bradley’s music before he knew her, back in 2003 when both were serving church missions in Germany.

“Our mission president allowed some of the missionaries to listen to my music, because I was on a mission,” Bradley recalled in a recent interview. “He was in a van one time when the elders were playing my music. He was, like, ‘Wait a minute. What is this?’ They were, like, ‘Oh, this is Sister Doty,’” using Bradley’s maiden name.

The mission president let Taylor call her during their missions, and Taylor suggested they play music together when they returned to the U.S. Taylor was living in Utah County, and Sister Doty was in Chicago — but Taylor kept at her to visit Utah.

“He’s, like, 80 percent of the reason I applied to BYU,” Bradley said.

At first, Bradley and Taylor both played guitar, “but we were both, like, ‘nah,’” Bradley said. She had a drum set, so she started playing drums, “and it was super rad. So we got stoked on it, and I was, like, ‘We need a bassist. We’ve got to make this a band. This is so cool.’ And he was, like, ‘I know a guy from high school, but I can’t vouch for him.’”

That’s when Taylor contacted bass player Chris Bennett. In 2004, the three formed a band, Another Statistic, “which has a lot of consonants, and people stutter about it,” Bradley said. Another Statistic worked the Provo music scene, toured the country twice, and broke up in 2008.

“I got married, and a kid was on the way,” Taylor said.

“He thought he had to be practical,” Bradley said. “That’s a good desire — to want to be stable for your family. But I wasn’t having it.”

Bradley had joined Neon Trees, founded by childhood friends Tyler Glenn and Chris Allen, a few months before Another Statistic broke up.

Neon Trees — with Glenn, Allen, Bradley and bassist Branden Campbell — went from Provo gigs to a major-label recording deal to touring as an opening act to being headliners. Meanwhile, Taylor went to graduate school and a job teaching religion at LDS Church-owned Brigham Young University, and Bennett became a successful real-estate agent.

Fast forward to 2016, when Neon Trees was on a break and Bradley filled in for Fred Armisen as bandleader for NBC’s “Late Night with Seth Meyers.”

“I went to go to practice, and I was so bored by it. I hate practicing alone, so I called Bryce,” Bradley said. Upon reuniting, Bradley and Taylor wrote three songs, and decided they needed Bennett to write bass lines. Soon, Bradley said, “Bam, I guess we’re doing this again.”

Corey Fox, owner of Provo’s Velour Live Music Gallery, invited the trio to play a reunion show for Another Statistic. “We played about five of our old songs and we had tons of music and we played all these new songs,” Taylor said. That’s when Noble Bodies was born.

The renaming was practical: It was easier to pronounce, and a Google search found nobody else was using the name. But the new name is also spiritual.

“We’re all believing people,” Bradley said. “We believe that this isn’t it. We believe our bodies are noble and that they will be perfect one day.”

Part of the inspiration, Taylor said, was his 11-year-old son, Smith, born with Angelman syndrome, a debilitating genetic disorder. “I see his body as noble, as well,” Taylor said. “Even though he doesn’t talk like we talk, walk like we walk, eat like we eat, we still see him as this noble individual who’s brought so much joy into our lives.”

Belief and doubt are integral to Noble Bodies’ songs. “A lot of the songs are questions,” Bradley said.

Take, as an example, the song “Love Me Now.” Taylor sings the verses, and “I just ask a bunch of questions about love, basically,” he said.

Bradley then sings the chorus, and, she said, “my answers are basically, ‘I don’t know, but I’m hoping for this, so love me now.’”

Bradley and Taylor acknowledge they have had existential crises, just as people who have left the faith have.

“It’s all the same questions, like, ‘Is this real? Is there a God? Do I have a purpose here? Is there a purpose? What is going on? What is this existence?’” Bradley said. “I think the [crisis] where you leave, you decide, ‘No, I don’t believe in that.’ And when you stay, you decide, ‘I have no reason not to believe that, and it brings me the most hope and gives me the most peace in my life, so I’m going to stay.’”

“I’ve been basically thinking about this question since I can remember,” Taylor said. “I remember being little in Primary [the organization for Latter-day Saint children], looking out the window and saying, ‘Why is this not ending?’ ... I was just always thinking about everything. But in this church, I found a home, a family, people who were trying to care about me.”

Bradley struggles with that community aspect of the church. “I still have a hard time enjoying it,” she said. “But I believe in the gospel of Jesus Christ, and so it commands me to do it, to take part, so I do, reluctantly as ever.”

Bradley also has dealt with being a Latter-day Saint in a public way. In 2014, she appeared in one of the church’s “I’m a Mormon” public service announcements.

She remains committed to Neon Trees, even after tension within the band when Glenn left the church in 2015, which he sang about on his 2016 solo album “Excommunication.”

“I love and respect Tyler. I like being in a band with him,” Bradley said. “It’s beautiful that we can still love and even respect each other and totally not agree on, like, the point of life. ...

“Even within our faith, Bryce and I disagree fundamentally on some things that we have avid, long discussions about. At the end of them is, ‘Yeah, I just can’t agree,’” Bradley said. “It’s the same thing with Tyler, except we don’t have these conversations because there’s no point. But we recognize, ‘Hey, you do your thing, I’m doing my thing, and I love you and appreciate you.’”

The members of Noble Bodies aim to perform together more. The schedule is dependent on Bradley’s life — she lives in Germany with her husband, Sebastian, and their four children, who have dual citizenship — and her work on Neon Trees’ next single. (Neon Trees’ last album, “Pop Psychology,” was released in 2014, and their last single, “Feel Good,” came out in 2017.)

Noble Bodies also struggles to grow an audience without being pigeonholed by the industry. “We’re not willing to play the genre game,” Bradley said. “We want people to like it as much as we do, but we’re not willing to change it so they can like it.”

END_OF_DOCUMENT_TOKEN_TO_BE_REPLACED 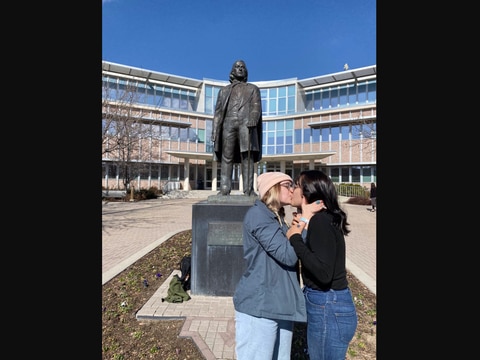 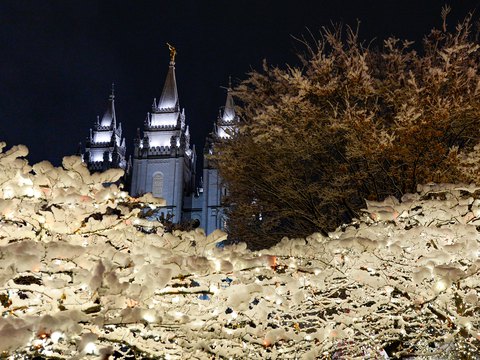 Scott D. Pierce: ‘Fresh Off the Boat’ is a little show that made a big statement about diversity. And it’s ending Friday.
By Scott D. Pierce • 34m ago

Disneyland’s Rise of the Resistance is unbelievably cool
By Scott D. Pierce • 34m ago