The Church of Jesus Christ of Latter-day Saints has just updated its policy on firearms, moving from a recommendation that lethal weapons, including guns, were considered “inappropriate” on church property to an outright prohibition of them.

The new policy clarifies that “churches are dedicated for the worship of God and as havens from the cares and concerns of the world. With the exception of current law enforcement officers, the carrying of lethal weapons on church property, concealed or otherwise, is prohibited.”

This marks the latest in a series of small steps the church has taken away from the Republican Party, either by tweaking its own policies or by simply upholding its usual position to the right of center, while the GOP swings ever further to the right.

Consider the new firearms policy. Latter-day Saints have long had an understanding that guns were fine outside of worship. I’ve been in a ward, or congregation, where boys were taken to a shooting range as a youth activity. I’ve heard members talk about using their guns to protect their food storage in the event of a cataclysmic event. And I’ve known plenty who like to hunt.

The difference is that all these things happened outside of the consecrated property of the church itself. Then, in July 2018, a church member in Nevada entered his ward’s chapel with a gun, sat quietly through sacrament meeting and then killed a fellow member.

Some Republicans might, in the current political climate, seek to “resolve” such a problem by arming as many people as possible, so they could in theory take down the shooter. In 2018, the Republican-controlled Virginia Senate passed a measure that repealed a state law that banned deadly weapons from worship services. Schools are another contentious site: While most Americans oppose arming teachers in schools to prevent school shootings, a majority of Republicans support it.

Merely by doubling down on the church’s previous stance on weapons in church, changing the one word “inappropriate” to “prohibited,” Latter-day Saint leaders are signaling that they’re not blindly following the direction that many in the GOP are embracing, despite the fact that a majority of U.S. Mormons have identified with the Republican Party since the 1950s.

Gun violence is not the only issue; Latter-day Saints are also charting their own path on immigration.

The GOP in general has followed Donald Trump’s anti-immigrant agenda. Studies by the Pew Research Center shows that Republicans are statistically much more likely than Democrats to believe that immigration is a major problem facing the country and that a border wall will be an effective way to solve the problem — both key elements of Trump’s platform.

Latter-day Saints, however, are noticeably more pro-immigrant than other Republicans.

Jana Riess: A year later, how successful is the war on the word ‘Mormon’?

Jana Riess: Memo to young Latter-day Saints: Vaping is not OK, church says, and I agree

So even though a majority of Latter-day Saints are Republicans, their views on immigration are diverging from their GOP peers’.

This is evident not just in the beliefs of the rank and file but in recent statements of the church, such as one decrying then-candidate Trump’s proposed “Muslim ban” in favor of religious freedom for all people (December 2015) and others pressing for compassionate solutions for refugees (January 2017), recommending that the federal government allow young DACA immigrants to remain in the country (January 2018) and urging that immigrant families be allowed to stay together rather than separating parents from children at the border (June 2018, and reiterated by church President Russell Nelson in April 2019).

Abortion is a third issue where Latter-day Saints’ views are diverging from the GOP’s.

That’s not because Latter-day Saints are liberalizing; the church’s policy has remained almost exactly the same for more than 30 years. The church’s Handbook condemns elective abortion in no uncertain terms as a sin, places it in the scriptural context of “thou shalt not kill” and states that church members who have anything to do with it may be subject to discipline.

So far, so good in the eyes of the GOP. But the Latter-day Saint position still includes provision for three rare exceptions. Abortion may be considered acceptable if the mother’s life is endangered, the fetus (which is the word used in the policy) has a condition that will not enable it to survive long beyond birth or the pregnancy “resulted from forcible rape or incest.”

Such provisions used to be standard among Republicans. In fact, the Handbook language is remarkably similar to the Therapeutic Abortion Law that California’s Republican governor, Ronald Reagan, signed into law back in 1967. Making provisions for rape, incest and the life of the mother used to be typical in the GOP.

Until recently, that is. Earlier this year, for example, the Republican-led Legislature in Alabama passed a zero-tolerance bill banning all abortions in the state. Missouri lawmakers followed suit with a similar bill that prohibited all abortions after a fetal heartbeat is detected (about the eighth week of pregnancy), with no exceptions for rape or incest.

Such extreme laws are largely viewed as test cases designed to go to the Supreme Court in the hopes of overturning Roe v. Wade, but they also represent the changing tenor of the Republican Party, which continues its march to the right.

So far, conservative Latter-day Saints are doing what true conservatives do, which is to hold fast to tradition and precedent.

Editor’s note • The views expressed in this opinion piece do not necessarily represent those of Religion News Service.

END_OF_DOCUMENT_TOKEN_TO_BE_REPLACED 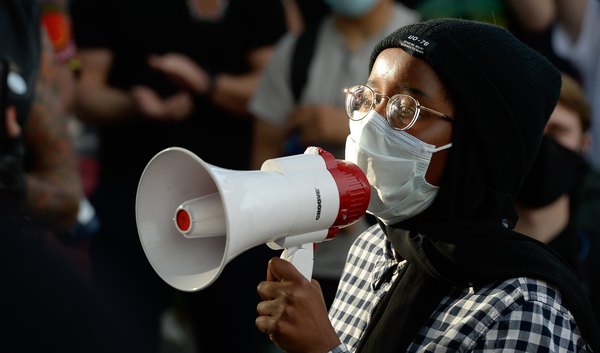 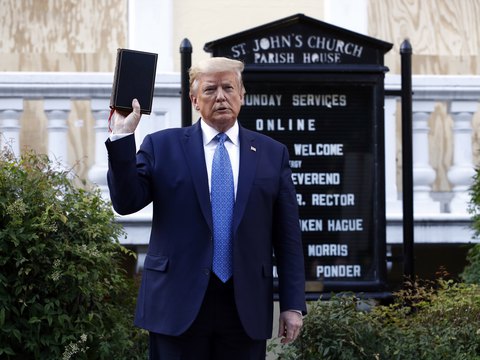 Amid riots and a pandemic, church attendance resumes in ‘a very broken world’
By Shawn Hubler and Rick Rojas | The New York Times • 4d ago
END_OF_DOCUMENT_TOKEN_TO_BE_REPLACED
L