Rome • Matteo Salvini slipped the rosary out of his pocket right before Premier Giuseppe Conte began his speech to Parliament. He took it out and kissed it again midway through the address, just as Conte began admonishing him for exploiting his Catholic faith for political ends.

The interior minister’s blatant brandishing of Catholic symbols has gone down as one of the most significant exchanges of his successful bid to topple Conte’s 14-month-old government, which collapsed Tuesday after Salvini’s League Party withdrew its support.

While right-wing populists in the U.S. and Europe have increasingly invoked their Christian roots to justify policies against Muslims and other migrants, Salvini’s gestures and rhetoric have carried particular resonance here since they directly challenge those of Italy’s other major figure: Pope Francis.

Francis has made caring for migrants a hallmark of his papacy, traveling to the Sicilian island of Lampedusa in 2013 in his first trip as pope to comfort would-be refugees who survived shipwrecks and smugglers to reach Europe. He brought 12 Syrians home with him when he visited a refugee camp in Lesbos, Greece, three years later, and he has turned over Vatican apartments to house new arrivals to Italy.

Salvini’s challenge to Francis’ core message has not gone unnoticed by the Vatican or the Italian Catholic Church, although it remains to be seen whether his explicit religious display will resonate with rank-and-file Italians. While Italy is a majority Catholic country, many Italians don’t go to church regularly and support abortion, contraception and other secular practices that are anathema to orthodox Catholic doctrine.

Former Premier Matteo Renzi of the opposition Democratic Party was quick to point out Salvini’s apparent hypocrisy, noting that if he were such a good Catholic, he would also know that the Gospel verse Matthew 25 reads: “I was a stranger and you did not invite me in” — essentially a God-given mandate for all Christians to welcome the most vulnerable of foreigners.

“If you believe in those values, let those people disembark who are now stuck at sea, hostages of a shameful government policy,” Renzi told Salvini in Parliament, referring to the weekslong standoff over a boatload of migrants rescued by an aid group.

Giuseppe Orsina, political science professor at Rome’s Luiss University, said Salvini’s message is falling on an Italian electorate that has always been highly politicized and polarized, and that he didn’t think voters would be swayed one way or the other by his newly emphasized faith.

“Those who liked Salvini before will read it positively, and those who are against him will read it badly,” Orsina said. But he noted that Salvini, like all populists, is a keen observer of public opinion and adapts accordingly.

“If he does it,” he said, “it’s because there has been a positive reaction.”

Salvini hopes to force early elections that could see his right-wing League continue its soaring popularity alongside other populist forces in Europe that have capitalized on anti-migrant, anti-E.U. sentiment. The 5-Star Movement, which had governed Italy alongside the League in an uncomfortable alliance after inconclusive elections last year, must weigh now whether it can cobble together an alternative majority in Parliament.

For months, Salvini — a divorced father of two children by two women — has been kissing rosaries, invoking the Madonna and quoting St. John Paul II at political rallies to try to get Italian Catholics to support his nationalist message.

He has lashed out when questioned on it — as he did Tuesday when Conte admonished him for his politicized displays of faith during a speech in the Senate.

“Those with institutional responsibilities should avoid putting religious symbols alongside political slogans,” Conte said, putting his hand on Salvini’s shoulder as he announced his resignation and the formal end of the government.

As Conte continued, Salvini put his hand into his pants pocket, pulled out the rosary, and discreetly bent down to kiss it. When it was his turn to respond with a speech of his own, Salvini told Conte he was wrong to think Italians vote based on whether he kisses a rosary or invokes the Madonna for protection.

“Italians vote with their head and heart, and I am proud to proclaim that I believe,” Salvini said. “And I never asked for protection for me, but for the Italian people.”

The exchange was the most dramatic of a day spelling the end of Western Europe’s first populist government. “The Last Kiss,” read the headline in Wednesday’s La Repubblica, reporting Conte’s resignation under a photo of Salvini kissing the crucifix.

While Italians witnessed pious displays of Catholicism in the immediate post-World War II period, which was marked by visceral anti-communism, Italian politicians in general respected the constitutional separation of church and state, said Massimo Faggioli, a theologian at Villanova University in Philadelphia.

“Salvini has changed this,” said Faggioli, recalling that Salvini is a fan of the “other pope” — retired Pope Benedict XVI, who has become the nostalgic standard-bearer for the right wing of the U.S. and European church that is vehemently opposed to Francis, exemplified by former White House adviser Steve Bannon and conservative U.S. Cardinal Raymond Burke.

“So his use of the rosary, his sympathy for Cardinal Burke and his preference for Benedict XVI over Francis is clearly instrumental,” Faggioli said. “But Italians tend to be cynical in these things and they do not mind too much the sudden changes in a politician.”

One of Francis’ top advisers, though, does.

The Rev. Antonio Spadaro, editor of the Jesuit magazine Civilta Cattolica and a key hand behind Francis’ communications strategy, has been one of Salvini’s fiercest critics, regularly tweeting his disapproval of the latest in Italian politics.

“We have seen an exploitation of rosaries, crucifixes — images that are dear to the devotion of believers that have been taken from their context to serve politics,” Spadaro lamented to La Repubblica this week. While church teaching exhorts Catholic politicians to act coherently with their faith, “today we are seeing that sovereignty forces need to base themselves on religion to impose themselves.”

Spadaro acknowledged that Francis’ message to look out for the least in society is “uncomfortable” today. “But in reality,” he said, “what is uncomfortable is the gospel.”

Cardinal Gualtiero Bassetti, who heads the Italian bishops’ conference, which has been badly divided over Salvini’s rise, said he had a more lay vision of political life that keeps blatant displays of faith out of the public sphere.

“Religiosity should be expressed in church and places of worship,” he said Wednesday when asked about Salvini’s rosary display in Parliament.

Francis himself has declined to be drawn into Italy’s political maneuvering, regularly ducking questions about it during his in-flight news conferences. But he has made his anti-populist position clear and recently made his own statement about the power of Catholic symbols.

Marking an important feast day dedicated to the Virgin Mary on Aug. 15, Francis blessed 6,000 rosaries destined for Christians in Syria who had lost loved ones in the country’s civil war.

“Prayer made with faith is powerful!” he told pilgrims in St. Peter’s Square. “Let us continue to pray the rosary for peace in the Middle East and the whole world.”

END_OF_DOCUMENT_TOKEN_TO_BE_REPLACED 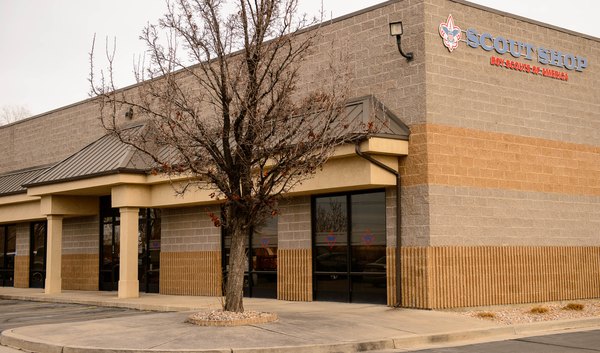 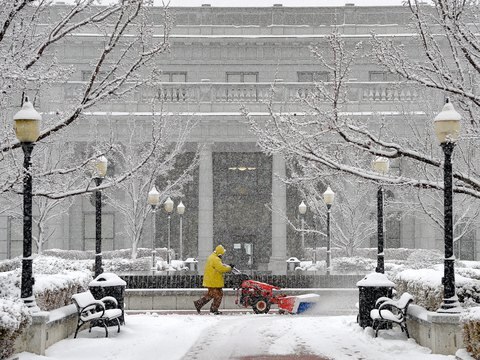