Season 3 of the Netflix hit “Stranger Things” features a rare discussion of Mormonism — but not in a good way.

Without spoiling any plot points beyond the first half-hour of the season, Dustin, the curly headed geek we’ve grown to love, has fallen for a Utah girl at science camp.

In typical Dustin fashion he doesn’t want to just call her on the phone from his home in Indiana, because that wouldn’t be nearly nerdy enough. So he rigs up “Cerebro,” the ham radio to end all ham radios, and ropes his best friends into hiking up to the town’s highest point so he can communicate with his girlfriend, Suzie, 1,500 miles away.

Max • You know, I’m pretty sure people in Utah have telephones.

Dustin • Super-religious white people. They have electricity and cars and stuff, but since I’m not , her parents would never approve. It’s all a bit . . . Shakespearean.

I have a feeling that Netflix is receiving its share of righteous irritation from the Latter-day Saint community at this depiction of U.S. Mormons as “super-religious white people.”

It’s not the super-religious part they will object to; it’s the racial characterization.

Commentary: Why can’t ex-Mormons just leave the LDS Church alone? Turns out, most do.

Commentary: Female scholar’s memoir tackles cancer, parenting, and ‘the problem we want to have’ in today’s ‘small and weird’ LDS Church

Commentary: With ‘The Other Side of Heaven 2,’ Latter-day Saint filmmaker swims with summer blockbusters

So I’m here to tell you that based on data about American Mormonism’s racial composition, the flippant “Stranger Things” is actually uncomfortably accurate.

In 1981, The Church of Jesus Christ of Latter-day Saints conducted an extensive survey of randomly selected members within the U.S.; more than 5,000 individuals responded. Several articles were published out of this research (which is different than the standard today, in which the church’s internal research is kept private).

To meaningfully compare the Latter-day Saint data with members of other religious groups, the researchers used statistics on Catholics and Protestants drawn from several years of the General Social Survey — but only of whites. “To eliminate the confounding influence of race, only whites were included in the analysis,” one article stated.

One interpretation of this is that the church’s own membership in 1981 skewed so heavily Caucasian that it made methodological sense to compare the church’s stats on things like religiosity, marriage, divorce and premarital sexuality to the findings on white people from other religious traditions.

We don’t have actual numbers to confirm what the U.S. church’s racial composition was like in the “Stranger Things” era. We can piece together a more recent racial history from six national surveys taken between 2006 and 2016. The church’s racial profile in the 2006 Faith Matters Survey showed 14% nonwhite.

In all six surveys, the highest percentage of persons of color was Pew’s 2014 Religious Landscape Study, at 15% for all nonwhite Latter-day Saint respondents combined. The least diversity was seen in the 2007–2008 American Religious Identification Survey, which showed only 9% nonwhite U.S. Latter-day Saints.

There is some difference by generation — for example, 93% of baby boomer/silent generation Latter-day Saints were white in the 2016 Next Mormons Survey, compared to 81% of millennials. Time will tell whether these more diverse younger Latter-day Saints will remain in the religion, helping to move the tradition from white dominance to something more reflective of where America is today.

Mormonism’s racial inelasticity is occurring at the same time that the United States as a whole is growing more racially diverse with every passing year. By 2065, Pew predicts that the nation will be a “minority majority” society, in which no single racial group will claim more than a 50% share of the population. (Pew expects whites to be 46% of America by 2065, while the U.S. Census Bureau predicts the change will occur sooner. Meanwhile, as racial mixing becomes more common, many challenge the facile “one-drop” categories we’ve been using to describe race in the first place.)

U.S. Mormonism, by staying much the same in its racial makeup while the nation diversifies all around it, is actually even closer to the “Stranger Things” characterization now than it would have been in the 1980s. At that time, the U.S. church may have been more than 90% white, if we can extrapolate backward from the racial composition of today’s Latter-day Saint baby boomers and silent generation. But the nation as a whole was about 80% white — a gap of roughly 10 percentage points.

Today the United States population is closer to 60% white, and Mormonism appears to be holding steady around 85% white, which means the racial gap has widened to something more like 25 percentage points. This is change in the wrong direction.

Granted, there is racial diversity among Latter-day Saints outside the U.S. church in a way that was less true in the 1980s. International missionary successes in Asia, Latin America, Africa and the Caribbean have contributed to a more globally minded and racially diverse religion around the world.

That racial diversity has not translated to America, however, which is a problem. Last week the church made the news when an African American temple ordinance volunteer worker in Payson was told not to report for duty because he had changed his hairstyle to dreadlocks. After the incident was reported and shared on social media, the temple president quickly reversed the decision, allowing ordinance worker Tekulve Jackson-Vann to resume his post.

It’s this kind of episode that reminds members that many of the church’s cultural standards (grooming, music, etc.) were made by white people with the assumption that they could and should be adopted universally. That they were part of “the gospel” rather than what they actually are: cultural products and assumptions.

A stubborn absence of racial diversity is not the way that members of The Church of Jesus Christ of Latter-day Saints want to be known as God’s peculiar people.

END_OF_DOCUMENT_TOKEN_TO_BE_REPLACED 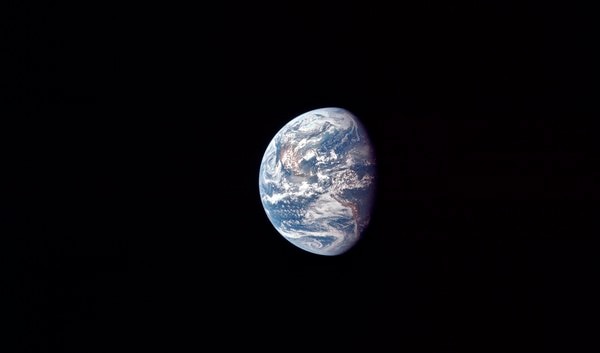 Nathan Evershed: Context was lacking as people jumped to conclusions on police shooting
By Nathan Evershed | Special to The Tribune • 55m ago