Latter-day Saints are taught time and time again that sexual relations are absolutely forbidden — before marriage. But after couples wed, all that changes. Sex becomes not only acceptable but also encouraged, even exalted.

Making that transition isn’t always easy. That’s where Jennifer Finlayson-Fife steps in. A Chicago area Latter-day Saint and a licensed therapist who specializes in working with member couples on sexuality and relationship issues, she joins the podcast to talk about, well, sex in Mormonism.

President Dallin H. Oaks was mistaken — at least when he included “race” in a list of “temporary” or “trivial” earthly labels.

In a General Conference sermon earlier this month, Oaks, first counselor in the governing First Presidency, said that every person is a child of God with the potential for eternal life.

‘Mormon Land’: The church’s LGBTQ policy — How it came to be and why it went away.

“Every other label,” he added, “even including occupation, race, physical characteristics, or honors, is temporary or trivial in eternal terms.”

Oaks “was wrong,” Jensen counters. “While I can understand that he is teaching that labels — including race — could divide the Zion community for which we strive, we can’t simply dismiss race as trivial, particularly with our religion’s racial history.”

Acknowledging she is writing from a position of “white privilege,” Jensen, web editor for Dialogue: A Journal of Mormon Thought, points to, among other things, past Latter-day Saint teachings and practices that were “rife with examples of leaders using race as a condition of entrance into heaven.”

“Coming from a church, which for decades refused to allow certain races access to priesthood and the temple, which in only 2019 appointed its first African American general authority, and which has still not apologized for past leaders’ statements and policies that hurt and barred black members from fully enjoying what our church has to offer, we are in no position,” she says, “to say that race is temporary or trivial.”

Barely two weeks after he returns from a nine-day, seven-nation tour in the Pacific, church President Russell M. Nelson will head east for a devotional in Florida.

Nelson and his wife, Wendy, will be joined by apostle Dieter F. Uchtdorf and his wife, Harriet, for a June 9 devotional at Orlando’s Amway Center, home to the NBA’s Magic.

He’s also a travelin’ man. After his late-May trip to Australia, the 94-year-old Nelson will have trekked to every continent since becoming church president but one: Antarctica. Can the scientists and penguins expect a visit from the globe-trotting Latter-day Saint prophet anytime soon?

The most famous landmark in Mormonism, the Salt Lake Temple, will close for four years starting Dec. 29 to undergo a seismic retrofit and other mechanical upgrades.

The surrounding Temple Square — Utah’s most frequented attraction, drawing up to 5 million visitors a year — and the adjoining plaza will also receive a face-lift. Metal fencing will replace concrete walls. Two new guest and visitor pavilions will take the place of the South Visitors Center. New fountains and flower beds will be added.

“You will love the results,” church President Russell M. Nelson said at a news conference unveiling the plans. “We have a sincere desire — yes, a sacred responsibility — to care” for the Salt Lake Temple and other pioneer-era temples (renovations are planned at Logan, Manti and St. George as well).

When the work is done at the Salt Lake Temple, an open house will give outsiders the chance to view — for the first time since its completion in 1893 — what previously only faithful Latter-day Saints have ever seen. A rededication will follow.

As the LDS Church prepares to renovate its “Notre Dame” in the heart of Salt Lake City, President Russell M. Nelson sent a personal note to Pope Francis extending his sympathy for the devastating fire at the world-famous Notre Dame Cathedral in the center of Paris.

Nelson, who met with Francis last month at the Vatican in the first-ever private audience between a Latter-day Saint prophet and a Catholic pontiff, expressed his “profound sadness at the damage done to this sacred structure that has stood for more than 800 years,” according to a news release from the Utah-based faith.

Starting April 27, the public will be able to tour the Fortaleza Temple, Brazil’s seventh Latter-day Saint temple, in advance of its June 2 dedication.

The exterior of the temple, announced nearly 10 years ago, is covered with granite from a nearby quarry, a news release notes, while the interior contains original landscape paintings of northern Brazil.

The South American nation — home to more than 1.3 million Latter-day Saints, the most of any country after the U.S. and Mexico — is slated to get four more temples, which would bring the total to 11.

More than 4,600 miles to the north, an open house began this week at the newly renovated Oklahoma City Temple, with a rededication set for May 19, according to a news release.

A pricey Book of Mormon

A rare corrected variant of the 1852 Liverpool Book of Mormon fetched $41,600 at a recent auction, the Fine Books & Collections website recently reported.

The price, a record for any European Latter-day Saint publication, came during a sale at New York’s Swann Galleries.

Stephen Kerr is a Scot, a Conservative Parliament member and a Latter-day Saint. And that last characteristic, he says, has sometimes been used against him.

“My faith has sometimes been traduced and inappropriately referenced for political purposes,” Kerr writes in The Scotsman. “Had such comments been made about Islamic or Roman Catholic beliefs, they would immediately have been deemed unacceptable.”

Anti-Mormon comments sometimes stem from ignorance, he says, but other instances are the product of “blind prejudice.”

“There are also far too many cases when there is a deliberate attempt to misrepresent people of faith to undermine a person’s personal integrity for political purposes,” Kerr says. “I am sad to reflect that this has sometimes been my own experience.”

Such attacks harm not only Kerr, he adds, but also the “reputation and standing” of his church and its 20,000 or so Scottish members.

“To some extent, buildings are like people. Not only is the aging process inevitable, but it can also be unkind. The good news is that buildings can be renovated. The bad news is that needed renovation takes time, and it also takes the buildings out of commission for a season.”

END_OF_DOCUMENT_TOKEN_TO_BE_REPLACED

‘Mormon Land’: Newly released diaries reveal the legacy of an early LDS writer and her fight for women’s rights
By The Salt Lake Tribune • 6d ago 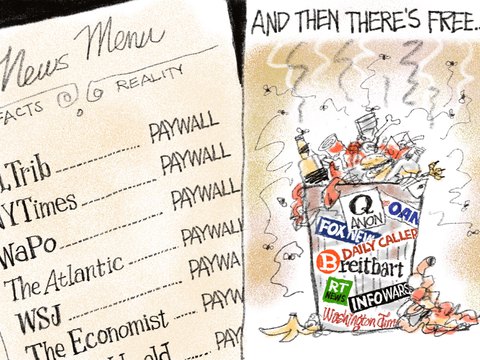