Fire at Notre Dame, a Catholic icon, was made even more heartbreaking by the timing

Paris • A symbol of Paris, a triumph of Gothic architecture and one of the most visited monuments in the world, the Cathedral of Notre Dame is a beloved icon for millions across the globe. But for many in this largely Catholic country, especially for the most faithful, the medieval masterpiece is a sacred space that serves as the spiritual as well as the cultural heart of France.

So as it burned on Monday — during Holy Week, which precedes Easter — Parisians gathered on the other side of the Seine, embers blowing onto their heads, praying and crying as they sought fellowship in their shared disbelief. As night fell, people clutched flickering candles, still praying as ochre-colored plumes of smoke billowed in a dimming sky. The sound of hymns filled the air.

The fire is another blow for Catholics in France, where a cardinal was recently convicted of a sex abuse cover-up. And Catholic churches in France have reportedly come under attack in recent months; a cross of human excrement was found at one church and a beheaded statue of Jesus at another.

Far more to the French than just a tourist attraction, Notre Dame — “she,” as the French refer to “Our Lady” — is very much a working church. Among the roughly 30,000 people who walk through the massive arched entryway every day are devoted Catholics who worship under its wondrous stained-glass windows, attending one of its many Masses and vespers.

The building belongs to the French State, but the Catholic Church holds the rights to its use and the archdiocese is responsible for its administration and operation. At one point referred to as “the eldest daughter of the church,” the 800-year-old Notre Dame is the liturgical center of the Roman Catholic Archdiocese of Paris in a country that has long been identified with Catholicism.

“It’s something one thought would last forever,” said the Rev. James Martin, a Jesuit priest who has visited the cathedral many times. “This affects all Catholics in France but [also] all people in France. It affects Catholics around the world but all people in the world. It’s a central icon of civilization.”

And yet even amid such a loss, it’s important that people remember Notre Dame is still just a building made of stone, Olivier Ribadeau Dumas, spokesman for the Bishop’s Conference of France, said on the French television network TF1. As Holy Week begins, Catholics are urged to be the “living stones of the church” as they celebrate the mystery of the death and resurrection of Christ, “source of our hope,” the conference said in a statement.

Catholicism was the official religion of France until the revolution of 1789, and until that point, French kings enjoyed close relationships with Popes. In 2017, 60% of adults in France identified as Catholic, according to the Pew Research Center.

While Catholicism is still the largest religion in France, the church’s ranks have steadily dwindled during the past three decades.

Still, France remains a stronghold of Catholicism and a destination for many pilgrims, for whom Notre Dame remained an essential holy site. Among the many relics held at the cathedral are a thorn of crowns said to have been placed on the head of Jesus before his crucifixion and a piece of the cross upon which he died.

Built between 1160 and 1260, Notre Dame survived riots in the 16th century, the upheavals of the French Revolution in the 18th, damage from bombing in World War I and from bullets in World War II.

When it was built, it was one of the tallest in the Western world and is considered a classic piece of Gothic architecture, said Tom Lucas, a Jesuit who is a professor of art history at Seattle University. It took around a hundred years to build before it was largely completed in 1260. Victor Hugo’s novel “The Hunchback of Notre Dame” in 1831 helped to bring popular interest to the cathedral.

“It was a remarkable piece of work on every level,” Lucas said, “a symbol of beauty and serenity as a spiritual center for the French people and an emblem of the city.”

The cathedral has had its share of challenges. During a revolt by the French Huguenots 1540s, several sculptures were damaged by the Protestants who considered them idolatrous. The spire came down in the 1700s after it was damaged by the wind. During the French Revolution, heads were chopped off of statues of biblical characters, and a goddess of liberty replaced the Virgin Mary in some places, Lucas said.

Never, though, had it suffered damage as severe as that inflicted in Monday’s fire.

Despite the French emphasis on laïcité, which roughly translates to “secularism,” many of the nation’s milestones were marked in Notre Dame. In 1804, Napoleon Bonaparte was consecrated emperor of France there. In 1944, General Charles De Gaulle and General Philippe Leclerc attended a mass in the church to mark Paris’ liberation from the Germans. And, in 1966, world leaders flocked to the cathedral to pay their final respects to former French president François Mitterrand.

“All the big events in our history unfolded in Notre Dame,” journalist Stéphane Bern said on French television.

The masons who worked on the cathedrals like Notre Dame often knew it wouldn’t be complete within their lifetime, an expression of one’s devotion to God and to the church, said Judith Dupre, a structural historian who wrote on the architecture of churches.

Churches like Notre Dame provided art freely in a democratic manner, since people didn’t have to pay to see the inside, she said. For the first time, peasants could go in and see people who looked like them depicted in wood, stone and glass. “By extension, you could see yourself as a potential saint,” she said. The stained-glass windows were a promise of heaven for many people.

Perhaps after St. Peter’s Basilica in Rome, Notre Dame is likely the most famous cathedral in the world, said Krupali Krusche, an expert on historical building preservation at the University of Notre Dame who led the digital preservation of the Taj Mahal and the Vatican’s Belvedere Courtyard.

“In the late middle ages this showed how far and strong the Catholic institution had gotten,” she said. “Some of the best works of art from the time were brought. The stained glass windows are some of the most exquisite pieces. About 700 years of history were just lost in one day.”

END_OF_DOCUMENT_TOKEN_TO_BE_REPLACED 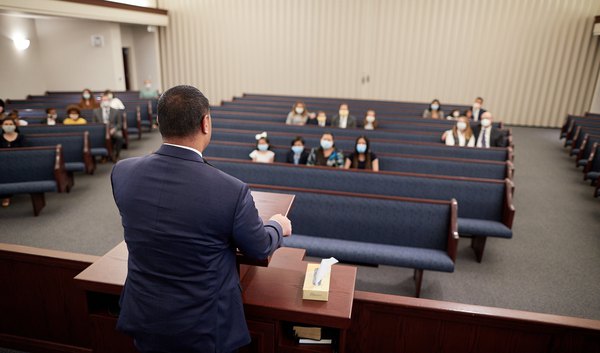 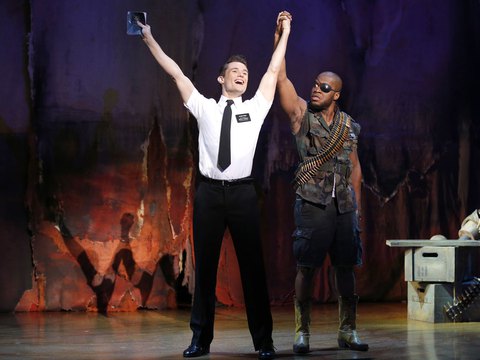 This week in Mormon Land: ‘The Book of Mormon,’ like ‘Hamilton,‘ may reach TV; the richest church; a first for the ‘First Vision’
By David Noyce • 6d ago
END_OF_DOCUMENT_TOKEN_TO_BE_REPLACED
L