From the beginning of his 10-year tenure as LDS Church historian, Leonard J. Arrington’s quest for the unvarnished truth about Mormonism’s past spurred the relentless, sometimes crippling ire of his faith’s most conservative leaders — from apostle Boyd K. Packer to eventual church President Ezra Taft Benson.

“The church suffers from the boomerang effect of criticism,” Arrington wrote in his journal July 17, 1972. “It will not allow criticism within the church, so it is abnormally sensitive to criticism that comes from without the church.”

That lament, among many shared publicly for the first time in Signature Books’ new “Confessions of a Mormon Historian: The Diaries of Leonard J. Arrington,” came just seven months after he was named to the post in 1972.

Nonetheless, the “Arrington Spring” — as his gathering of talented researchers and writers and their subsequent flood of articles and books came to be known — persisted. Within a few years, though, it had been largely driven out of church-approved venues to alternative and secular outlets by a small but resolute cadre of apostles and retrenchment allies.

To these men, including Benson, Packer and then-apostle Mark E. Petersen, Arrington’s scholarly approach, along with the opening up of The Church of Jesus Christ of Latter-day Saints’ long-restricted document archives, was just too freewheeling — to the point of sacrificing official church history’s primary “faith-promoting” role on the altar of academic candor and inquiry.

Considered the dean of Mormon historians, Arrington tells of early victories in production of critically acclaimed works on LDS history and, later, the increasing barriers to publication within church-owned operations such as Deseret Book and even the cancellation or censorship of work produced by Arrington and his stable of historians and writers.

Now, those interested in mining the mind of this man determined to unearth and bring to light the LDS Church’s past can do so in the present, thanks to this collection of Arrington’s prolific personal journals. They’d better have a case of replacement bulbs for their reading lights, though. The three-volume set runs nearly 2,700 pages.

The journals, to be sure, are about more than his struggles to walk the knife’s edge between sometimes competing loyalties to faith and truthfully telling that faith’s history, warts and all. Arrington also muses, frets, celebrates and breathes life and love into his words, all while navigating familial joys and sorrows, personal introspection and fears, and the wider issues of scholarship and academia.

Those whom Arrington inspired to follow the path of Mormon historical inquiry are eager to see their mentor’s private thoughts made public.

“[Historically] the journals are huge, and for Signature Books to have an edited version released is very important,” says Ross Peterson, a history professor and writer whose friendship with Arrington stretches back to his student days at Utah State University.

Another admirer is author Gregory Prince, who drew on the journals, then accessible only through USU’s archives, where Arrington had arranged to have them housed before his death in 1999 at age 81, to write an acclaimed 2016 biography, “Leonard Arrington and the Writing of Mormon History.”

Signature’s project provides “much more context for people than they have had up until now,” Prince says. “It also will have major value among the [Mormon] scholarly community.

“[The new release] has so much more fleshed-out content, providing a more complete story than I could convey,” the biographer adds. “The editors at Signature Books also put a lot of work into annotating the diaries, placing things in the context of the times, places and personalities.”

Principal editor Gary Bergera believes Signature has produced “the clearest, most detailed first-person narrative of the intellectual history of the LDS Church during the 1970s and 1980s as may ever be available.”

“It is difficult to overstate [the importance of] Arrington’s ‘lived account’ to interpreting and understanding this particular period of LDS history,” Bergera adds.

It took more than six years of painstaking collection, editing, fact-checking and annotation for Bergera, along with in-house editors John Hatch and Ron Priddis, to bring the selected journals to publication.

The resulting work — culled from more than 40,000 pages and 70 years’ worth of journals housed on 26 linear feet of shelving within USU’s Special Collections archives — begins roughly at the time Arrington was hired as LDS Church historian in 1972. The collection ends in 1997, two years before his death.

The entries — whether related to Arrington’s love for opera, plays, music, his wife, Grace, and their children, or to his obsession with Mormonism’s past — are meticulous, betraying a keen mind, detailed memory and razor-sharp intellect contrary to the “jovial, Idaho-born chicken farmer” image Bergera says Arrington disarmingly cultivated in public.

Still, it will be his entries about those he, at times, dismissed as church “bureaucrats,” and their antipathy to any honest and open historical research and publication, that will grab the attention of most scholars.

Here are some samples:

• “One or two members” of the Quorum of the Twelve Apostles indicated the apostles had “perused [the book] ‘The Story of the Latter-day Saints’ and did not like it,” Arrington recorded Aug. 18, 1976. They criticized it for “the absence of inspiration — descriptions of occurrences in church history without attributing their cause to God or to his direction and inspiration.” This, in turn, resulted in Benson ordering up a written critique by the same people who had complained. “Again,” the historian noted, “the principal criticism was the lack of divinity in each episode of church history described.” One example involved the sea gulls eating crickets [in Utah’s early pioneer days] “without saying the Lord caused the sea gulls to come and eat the crickets.”

• “It is clear that President Benson will not stand for our ‘real’ history. And since he is next in line, and president of the Twelve, we are in a powerless position, and no one wishes to consider our own rationale,” Arrington wrote Sept. 6, 1976. “ ... The question for me is shall I retain the job ... and try to write history which will be approved by [the church’s] Correlation [Department] or shall I resign and continue to write ‘real history.’”

• On Sept. 22, 1976, Arrington wrote that “Elders Benson and [Mark E. Petersen] … want glorious stories of the Restoration [of the gospel], unsullied by discussion of practical problems and controversial evidence. They want prophets without warts, revelation direct from high in pure vessels. The want faith-promoting stories and moral homilies. They feel strongly and will oppose all our books, written as we understand history.”

This tug of war took its toll on Arrington. On Nov. 11, 1980, in the final two years of his church historian’s career, he acknowledged “evidences that some church officers do not want the church to promulgate historical truth.”

Then, on March 14, 1981, he noted the apparent infighting at the church hierarchy’s highest levels over the nature of his mission: “The Brethren are not one; they represent different points of view … toward the kind of history that ought to be written.”

In 1982, with his ecclesiastical foes on the ascendancy, Arrington was effectively demoted when his Church History Division was transferred from Salt Lake City to church-owned Brigham Young University in Provo. Instead of “church historian,” he was assigned as director of BYU’s Joseph Fielding Smith Institute for Church History.

It was the same year his wife, Grace, died from heart failure, an event that filled several tender, poignant entries in his journal.

“There were only two occasions when I broke down and sobbed,” he recounted March 16, 1982. One was when “O Holy Night” was sung at Grace’s funeral; the other was when he kissed her goodbye before closing the coffin.

“Other than that, I stood the experience well,” he judged. “I realize the lonely moments ahead, but am trying to be sensible about the adjustments I have to make.”

In 1993, grief of another kind followed Arrington into retirement, and once again it emanated from LDS Church headquarters in downtown Salt Lake City: the “September Six” purge.

Half a dozen Mormon scholars — among them Arrington protégés and colleagues D. Michael Quinn, Lavina Fielding Anderson and Maxine Hanks — were either excommunicated or disfellowshipped for work deemed critical of church doctrine or leadership.

“These excommunications are the worst examples of blaming the messenger for the message,” Arrington wrote Oct. 1, 1993. “What a perversion of apostasy, to regard as apostates individuals who are … loyal and believing.”

Today, his daughter, Logan resident Susan Arrington Madsen, says it is nonetheless important to know that her father’s native optimism and deep personal faith sustained him.

“There were some painful things for me to read,” she says. “The way I came to terms with it [was to remember that he had told me of] very sacred spiritual experiences” that kept him on his path.

“One time … he felt a closeness to God he had never felt before,” Madsen recalls. “The [heavenly] message was, ‘You are doing the right thing. I’m going to involve you in the writing of the history of my church.’”

Arrington “fell back on those experiences when times were gloomy, and human beings were making decisions that seemed unfair,” his daughter insists.

“I don’t dwell too much on the hard times and difficulties he had, because, in the end, Dad’s story was a success story,” she says. “Look at what is happening in the Church Historian’s Office today [with publication of] ‘The Joseph Smith Papers,’ the [female LDS] Relief Society’s history, and with women speaking at [general conference] pulpits.”

If Arrington’s final, frustrating years as church historian were a kind of cold-war freezing of once-open archives and liberated inquiry into the Mormon past, that atmosphere has thawed in the years after Benson’s death in 1994.

Howard W. Hunter lasted just nine months as Benson’s successor, dying in March 1995. Gordon B. Hinckley took the LDS prophetic chair and eventually named Marlin K. Jensen, now an emeritus general authority, to be official church historian, at that point a position that had been unfilled for several years.

If what followed was not a rebirth of the “Arrington Spring,” it was at least a resurrection of sorts for Mormon historical research and publication. During his seven-year tenure, Jensen not only shepherded the groundbreaking “Joseph Smith Papers Project,” but he also oversaw construction of a new, five-story, 250,000-square-foot Church History Library kitty-corner from downtown Salt Lake City’s Temple Square.

Besides stressing a new a commitment to historical professionalism and calling for “unflinching honesty” in his unit’s work, he attended academic conferences throughout the nation, including the Mormon History Association — the first LDS general authority to do so.

In June 2005, Jensen returned church history researchers from what some saw as their BYU exile back to the Salt Lake City headquarters.

That revival is continuing under Jensen’s successor, current Church Historian Steven E. Snow, a general authority who last year unveiled plans for a new, four-volume history of the faith.

In fact, the LDS Church has published essays on its website that explore some of the same sticky historical issues — from Mormon founder Joseph Smith’s practice of polygamy to the 1857 Mountain Meadows Massacre — that conservative church leaders had warned previous Arrington-inspired historians not to tackle.

“Dad accomplished things that needed to be done [during his tenure], and the proof of that is coming today,” Madsen says. “He would be ecstatic.”

Signature Books officially releases “Confessions of a Mormon Historian: The Diaries of Leonard J. Arrington” on May 23. A limited number of the $150 boxed set’s 1,500-copy first run will be available at a 7 p.m. May 10 signing event hosted by Salt Lake City’s King’s English Bookshop, 1511 S. 1500 East.

END_OF_DOCUMENT_TOKEN_TO_BE_REPLACED 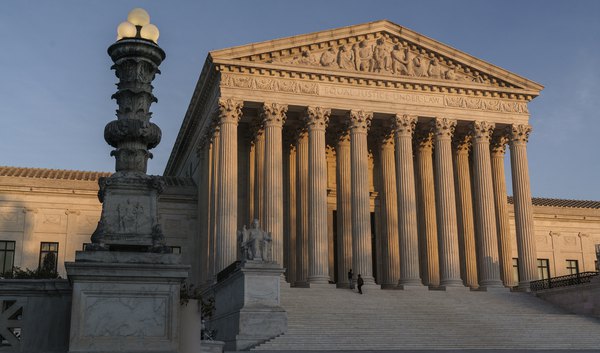 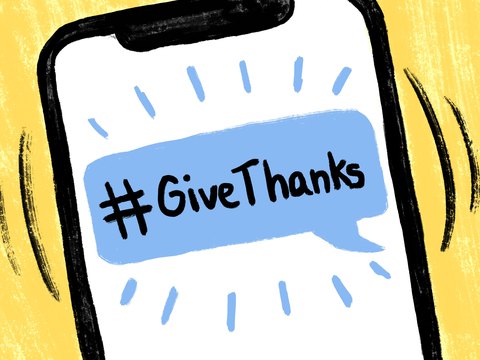 So is expressing gratitude, as LDS Church President Russell Nelson urged, healthy, or hurtful, during a pandemic?
By Peggy Fletcher Stack • 4d ago
END_OF_DOCUMENT_TOKEN_TO_BE_REPLACED
L 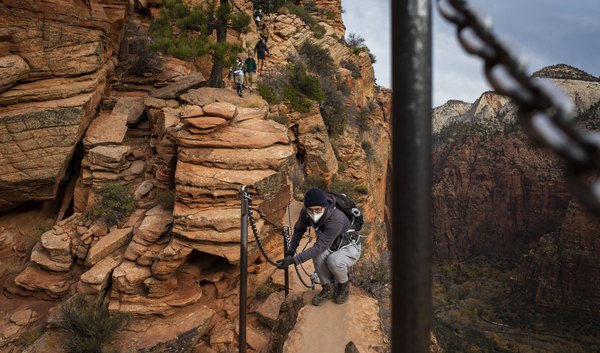 As hiking surges during the pandemic, so do injuries
By Gillian R. Brassil | The New York Times • 3m ago
Navajo Nation finds 177 more COVID-19 cases, 5 new deaths
By The Associated Press • 19m ago