In the wake of a deadly school shooting in Florida, LDS Church President Russell M. Nelson criticized U.S. laws “that allow guns to go to people who shouldn’t have them.”

His comments to a congregation of Mormon millennials in Las Vegas marked the second time the recently installed LDS leader has weighed in on a major national issue (the first one touched on immigration) since he took the reins of the Utah-based faith nearly six weeks ago.

A video of his Feb. 17 speech in Nevada, first obtained by KUTV-Channel 2, shows Nelson lamenting the 17 deaths at Marjory Stoneman Douglas High School in Parkland.

“I know your hearts are heavy, as are [wife] Wendy’s and mine, as we contemplate those ruthless killings in Florida last week,” Nelson said. “I think of Alaina Petty, a 14-year-old Latter-day Saint whose life was snuffed out by that sniper’s bullet. It’s natural for you and others to say: How could God allow things like that to happen? Well, God allows us to have our agency, and men have passed laws that allow guns to go to people who shouldn’t have them.”

Eric Hawkins, spokesman for The Church of Jesus Christ of Latter-day Saints, declined Friday to expand on or clarify Nelson’s remarks.

The LDS Church has long forbidden guns in its meetinghouses and temples.

“Churches are dedicated for the worship of God and as havens from the cares and concerns of the world,” it states in its guidelines for local lay leaders. “The carrying of lethal weapons, concealed or otherwise, within their walls is inappropriate except as required by officers of the law.”

But the church has taken no public position on current gun control legislation — nor did Nelson’s recent comments spell out a specific stance.

“Generally, the church has avoided comment on political issues,” said Matthew Bowman, author of “The Mormon People: The Making of an American Faith. “... This seems to me consistent with that: a statement of moral sentiment rather disconnected from specific policy.”

On another prominent issue, though, Nelson and fellow high-level Mormon leaders were clear.

On Jan. 26, they issued a major statement encouraging Congress to move quickly to protect from deportation hundreds of thousands of “Dreamers,” whose undocumented parents brought them to the United States as children.

“They have built lives, pursued educational opportunities and been employed for years based on the policies that were in place,” the church stated. “These individuals have demonstrated a capacity to serve and contribute positively in our society, and we believe they should be granted the opportunity to continue to do so.”

At the time, Hawkins said that immigration statement had been approved by top LDS leadership.

The 93-year-old Nelson, whom Mormons view as a “prophet, seer and revelator,” spoke in Las Vegas with his wife barely a month after succeeding the late Thomas S. Monson, who died Jan. 2.

The bulk of his sermon focused on how young Latter-day Saints could lead happy lives, according to a news release from the church. The former heart surgeon counseled them to avoid Satan’s temptation and live God’s commandments.

The devil uses natural human appetites to lure people into sin, he warned.

END_OF_DOCUMENT_TOKEN_TO_BE_REPLACED 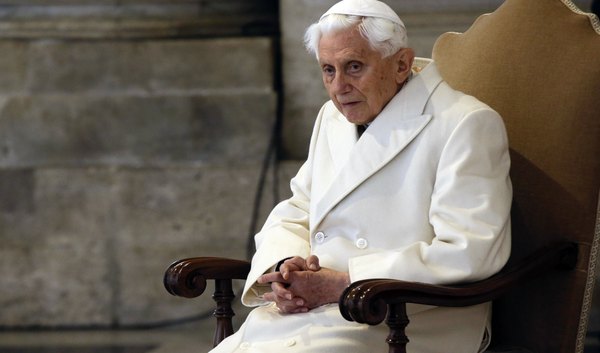 Gunfire hits LDS Missionary Training Center in Provo. No one is injured.
By Scott D. Pierce • 4d ago
END_OF_DOCUMENT_TOKEN_TO_BE_REPLACED
L