After 32 years with the same hymns, many Mormons are wishing for different songs to sing

Music • The classic hymn, which has enjoyed renewed popularity after being cut from the church’s 1985 edition, is on many members’ wish list.

Despite the rumors you’ve been hearing since the day the LDS Church published its current hymnal in 1985, there are no new editions on the near horizon.

Church staffers still are translating hymn texts and compiling country-specific editions of “Hymns of The Church of Jesus Christ of Latter-day Saints” for use all over the world. While a generation of English-speaking Mormons has grown up with “the green hymnbook,” church music manager Diane Bastian observed in 2015 that many members still are waiting for a standardized hymn resource in their own language.

That doesn’t stop English-speaking Mormons from dreaming, though.

A recent Facebook query on the subject drew nearly 700 responses. Some commenters recommended ”promoting” songs such as ”I’ll Walk With You,” “I Feel My Savior‘s Love” and ”I Love to See the Temple” from the children’s songbook to the general-purpose hymnal. Others wished to add music from other faith traditions, such as ”Down to the River to Pray,” “Be Thou My Vision” and ”Blessed Assurance.” A handful of Mozart buffs even rallied for the reinstatement of ”Though in the Outward Church Below,” a setting of the ”wheat and tares” parable that had been wedded, improbably enough, to a duet about marriage from ”The Magic Flute.”

But the overwhelming favorite, mentioned nearly 100 times, was ”Come, Thou Fount of Every Blessing.” The 18th-century hymn was included in earlier LDS hymn collections, but it was among 70 selections the editors of the current volume chose not to retain when they made room for new entries such as “I Believe in Christ,” ”Where Can I Turn for Peace?” and the Christian standard “How Great Thou Art.” Hymnbook-committee members interviewed in 2015 said ”Come, Thou Fount” had fallen into obscurity among Latter-day Saints by the mid-1980s.

Then came ”A Thanksgiving of American Folk Hymns,” a concert by Brigham Young University’s choirs and orchestras that aired on PBS beginning in 1994. Its grand finale was Mack Wilberg’s rafter-rattling arrangement of ”Come, Thou Fount of Every Blessing.” Suddenly, Mormons everywhere had a new favorite hymn.

In fact, several Facebook commenters confessed that they or others in their congregations have copied the music — Hymn No. 70, as any “Fount” fan could tell you — from the church’s 1948 hymnal and pasted it into the books in their meetinghouses.

The clamor for ”Come, Thou Fount” doesn’t surprise Kristine Haglund, a prominent Mormon essayist and former editor of ”Dialogue: A Journal of Mormon Thought.”

“It happens almost inevitably in every [online] discussion of hymns,” Haglund, a former professional choir singer, said in a phone chat from her Boston-area home.

Mormons for decades were leery of the doctrine of grace as espoused by evangelical Christians, so there’s a popular theory that the line “O, to Grace how great a debtor daily I‘m constrained to be” put ”Come, Thou Fount” out of favor with LDS leadership. More recent Mormon writings and teachings put grace on more equal footing with good works, Haglund noted.

”Mormons are getting more comfortable with grace,” she said, citing Stephen E. Robinson’s 1992 book ”Believing Christ” as a game-changer. She has a hunch that if the LDS hymnal had been compiled 10 years after that book’s publication, rather than seven years before, ”Come, Thou Fount” would have made the cut.

Another perennial entry on the wish list is ”Amazing Grace.” Haglund isn’t swayed by the arguments that adding the well-known hymn to the Mormon lineup would feel inauthentic or that it would be perceived as a bid for mainstream cred; she pointed out that Emma Smith — wife of church founder Joseph Smith, first president of the faith’s female Relief Society and original compiler of hymns — included “Amazing Grace” in one of her first collections.

Would other proposed additions — ”Lift Every Voice and Sing,” ”It Is Well With My Soul,” ”His Eye Is on the Sparrow,” ”Take My Hand, Precious Lord,” the Welsh lullaby/carol ”Suo Gan” and even the quintessentially English anthem “Jerusalem” among them — catch on in today‘s Mormon worship services? After all, for every ”Love One Another” or ”Because I Have Been Given Much” in the 1985 hymnal, there’s a ”Father, Cheer Our Souls Tonight” or ”A Key Was Turned in Latter Days.”

It’s impossible to predict which hymns will take off, as the 1985 committee members who expected “Behold the Mountain of the Lord” to become a hit could tell you.

On the flip side, a popular internet exercise among Mormons is the ”hymn auction,” in which responders share which songs they’d gladly pay money to banish for a year. Top targets: Utah-centric hymns about mountains and pioneers, such as “O Ye Mountains High” and “In Our Lovely Deseret”; cheery hymns formerly sung in Sunday school, such as “Scatter Sunshine” and “Welcome, Welcome, Sabbath Morning”; militaristic hymns such as “Battle Hymn of the Republic” and “Onward, Christian Soldiers”; and hymns deemed “doctrinally weird,” such as “If You Could Hie to Kolob.”

“Kolob,” of course, has its staunch defenders, especially now that it is set to the “Kingsfold” tune arranged by Ralph Vaughan Williams.

“It‘s one of the best examples of Mormons combining the traditions of borrowing hymns from other faiths with the equally important tradition of generating our own texts and originating things that reflect [Mormon doctrine],” Haglund said. “The pre-1985 tune was terrible. It made the words trite.” In its new setting, “suddenly, the Mormon doctrine feels richer and bigger.”

It’s also important to remember, she noted, that not all hymns are intended for use in all church settings. Those “sunshine” hymns weren’t meant to be sung in the sacrament service, but in Sunday school, back in the days when hymn practice was included in that meeting.

Haglund isn’t a fan of removing hymns in general. “My solution is to have more stuff, to open the canon,” she said. “The solution is probably a wider range. I’d like to see fatter hymnals.”

Or as Aimee Evans Hickman observed on Facebook, “I really believe the peculiarities of Mormonism should be represented in the hymnbook — whether that be location, theology or other aspects — so I‘m going all in on mountains, Deseret and Kolob staying put. I’m a 13th Article of Faith kind of gal, so I’d rather see more added than taken away.”

END_OF_DOCUMENT_TOKEN_TO_BE_REPLACED 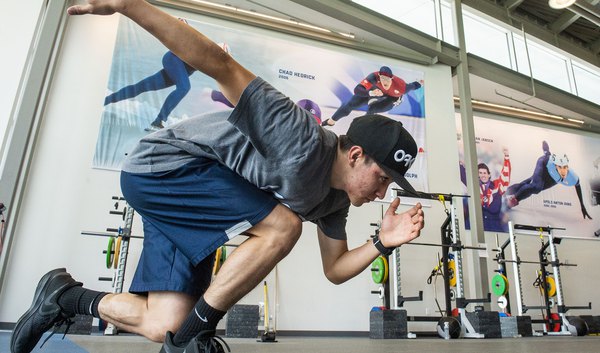