Of all the things Latter-day Saints have been accused of, voter fraud is a new one to me. It’s not a huge deal. Yet. And no one has gone to jail. Yet.

But it is illegal. It recently came to light that Mormon moms have been casting ballots on behalf of their offspring away on church missions.

It’s the vote-by-mail thing tripping them up. Moms — and maybe some dads — get the ballots intended for their missionaries and either decide to vote the way they feel their missionary would, or they contact them (text, email, phone, etc.) and ask how they want the ballot filled out. Maybe they do it the right — and legal — way and just forward the ballot to their kid.

That this would even be a thing surprised me, but then Rozan Mitchell, Utah County’s elections director, told The Salt Lake Tribune, “We’re finding over the years that these 18-, 19-, 20-year-olds are a lot more politically active than they were 20 years ago, and they really want to vote.”

Twenty isn’t that long ago. Try 50. When I was in Uruguay, I had no idea what was happening back home until weeks after it happened.

On one of the most momentous days in U.S. history (Aug. 9, 1974), I was transferred from the Brazilian border back to an area I had worked before.

After a 200-mile bus ride, I arrived to find myself the only missionary in town. The apartment was locked because the rest of the district had gone off to some zone conference for two days.

I climbed over the roof, broke into the apartment and unpacked. After killing a rat, I wandered around town, burned weeds behind the chapel, played soccer with some locals outside a bar and waited for the other missionaries to return.

All of this information is available to me now because it was important enough then for me to write it in my journal.

What I didn’t know that August day was that 5,000 miles away, in Washington — perhaps at the very moment I was killing the rat — President Richard M. Nixon resigned the presidency.

I later learned that the news stunned the nation and raced around the world, but skipped the village I was in. The rest of the district got home the next day. It was a week before we found out about Nixon.

Robert Kirby: Saying you need an AK-47 to guard against government tyranny is an assault on logic

Robert Kirby: You can bash someone’s religion, but don’t expect that person to be, or stay, your friend

Other things happened back home of which I was completely unaware until I returned a year later and learned that President Gerald Ford had pardoned Nixon, and issued amnesty for all Vietnam War deserters. Daylight saving time was now law, as was the 55 mph speed limit.

I missed it all. It was like being Rip Van Kirby. It took me months to get back up to news speed.

So, not only would I have been unable to vote, I also wouldn’t have bothered. My attention was focused on doors and not being set upon by leeches, dysentery, mosquitoes, communists and horrible missionary companions.

I can’t even conceive of the distractions that instant media would have caused back then. Who would have had the time to worry about an election 5,000 miles and months away?

Not today. Everything is immediate. With enough computer smarts, a guy could feasibly find out that his girlfriend was going to “Dear John” him way before he got an invitation to her wedding in the mail.

Thanks to technology, missionaries soon will be able to vote via their cellphones. I can’t think of a better way to drive away hope for the world than by following politics that closely.

END_OF_DOCUMENT_TOKEN_TO_BE_REPLACED 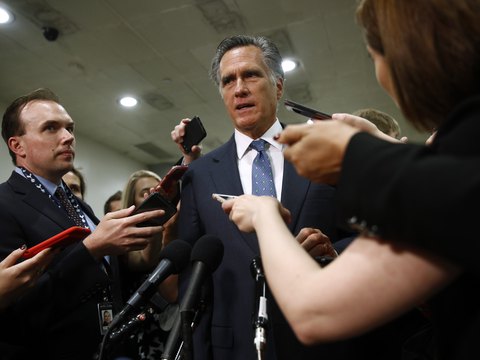 Letter: Congress must curb the president’s war powers
By Rochelle Kaplan | The Public Forum • 21h ago