Last week, my wife and I annoyed another motorist who attempted to merge into our lane on Bangerter Highway. When we didn’t get out of her way, the other driver announced her aggravation with a long horn blast.

It was Friday evening and we were traveling northbound in the outside lane at 9000 South. Hemmed in by traffic and unable to move over as a courtesy, my wife (Driver No. 1) kept going.

Since her merging lane was narrowing to the point of nonexistence, the woman (Driver No. Too Dumba--) was faced with but few options:

She went with a different option by indignantly yielding to vehicles already established on the highway (which, according to her horn, bothered her a lot).

My wife is a good driver. She can’t park worth a damn, but she’s a good driver. Her reaction, born of years traveling with me, was to immediately inquire if there were any guns in the vehicle while simultaneously pressing the child window-lock button.

She did this so I couldn’t lean out and express my opinion with gestures and loose items inside the car to the woman, who was now behind us and still upset.

Fortune smiled on all of us. If I hadn’t gotten rid of my truck, there would have been a couple of bowling balls to give her something else to yield to.

The problem solved itself when we both exited Bangerter at 7000 South. She went right still glaring at us, and we went left with my wife telling me to keep my hands out of sight.

Now seems a good time to address one of the fastest growing threats on American highways — road age vs. road rage.

With boomers becoming increasingly older, there are more geezers per capita on the road now than at any other point in our country’s history. Scary, right?

Kirby: Kids preaching in church. What could go wrong?

Kirby: Best way to fix the world is underpopulation

Kirby: I just turned 66, but when will I grow up? Hopefully, never.

Note: It’s probably a threat in other countries as well, but for reasons of economy and bad judgment, it applies mostly to the U.S.

I suffer from both of the aforementioned motoring maladies. I can tell you that when “get the hell out of my way” encounters “where the hell am I?” the chances for avoiding disaster stand a good chance of going right out the window, possibly even through the windshield.

Despite my age, I still can drive OK. I’ve yet to transform exiting the roadway for a parking lot into a six-point turn. And I can handle the new roundabouts like someone half my age.

Patience is another matter. I’m still young enough to know that I don’t want to spend one minute of what’s left of my life motoring along behind someone driving at the speed of Congress.

The problem here is that I’m not young enough anymore to get out and jump up and down on someone’s hood at a stoplight as a way of expressing to them a sense of urgency. Now, the light might turn green before I can crawl off the hood and go back to my car.

Friends and family say the best way to avoid problems here is for me to drive as little as possible. You should thank them, or at least stay in your own damn lane.

END_OF_DOCUMENT_TOKEN_TO_BE_REPLACED 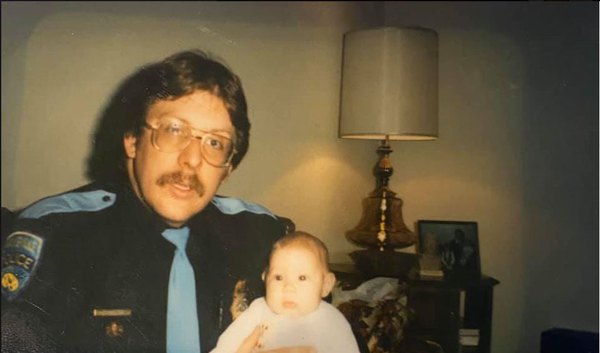 Robert Kirby: When missionaries come knocking, they might hear some mocking
By Robert Kirby • February 9

Robert Kirby: Where are the grown-ups in Washington?
By Robert Kirby • February 7
END_OF_DOCUMENT_TOKEN_TO_BE_REPLACED
L