Tribune Editorial: Count the votes. All the votes.

The election of 2020 is not over. Few who know anything about American elections thought that it would be by this point.

So, when the president of the United States not only claims victory but also spreads falsehoods about how the election is over and any votes that haven’t yet been counted shouldn’t count, it’s just a question of whether he doesn’t know any better, or assumes that the American people don’t.

It takes days or weeks, depending on the state, for all the votes to be counted, certified, audited, sometimes recounted and canvassed.

Often enough, that process is sufficiently smooth that what we learn late at night or early the next morning stands as the final result. Sometimes it doesn’t. This year, as we all knew it might, it didn’t.

The process of conducting elections is set by the states. Some, like Utah, have gone to all-mail balloting as a normal policy, a wise and successful effort to boost voter participation. Others have seen huge increases in the number of citizens who chose to vote by mail, or at early voting outposts, in the days and weeks leading up to the traditional Election Day, in part because of the way the COVID-19 pandemic has changed so much of our lives.

The odd environment, a high voter turnout and a closely contested election for president have made the counting process in a handful of states take longer than we think we are used to. Not by coincidence, those are also the states where the outcome is most in doubt.

As this is written, we still await the winners of the electoral votes in a shrinking handful of states. There are many combinations of possible outcomes that will make the difference in who is sworn in as president Jan. 20.

That’s more than 10 weeks away. Even with earlier deadlines for electoral votes to be cast and counted, that’s more than enough time to count the votes, hear any protests or appeals, conduct the necessary audits and reviews and settle on the results.

The suggestions from the White House that ballots still being counted today and tomorrow and maybe into next week are somehow fraudulent, irregular, illegal or invalid are totally without merit.

Utah Gov.-elect Spencer Cox — who, as the current lieutenant governor, runs elections around here — was correct to call such accusations “garbage.”

Tribune Editorial: Finally, the U. admits McCluskey’s death was preventable

Hey guys, please ignore this type of garbage. The truth is that elections are never decided on election night. In Utah (and most states) it takes 2 weeks to finalize counting and certify results. It really doesn’t matter who is ahead on election night, it only matters when...1/ https://t.co/UZWo3MyV58

And Sen. Mike Lee, one of the president’s more enthusiastic supporters, also went out of his way to say that it was too soon for anyone to call the election settled. Even Senate Majority Leader Mitch McConnell counseled patience with the results.

Scouts and lawyers for both parties have the right, the duty, to watch the process in every state, in every county, to see to it that the rules are followed and the results valid. The whole thing may well wind up in court, even the Supreme Court.

And there is still the serious question of why the bosses of the U.S. Postal Service think they can get away with ignoring a federal judge’s command that they scour the post offices in several states for undelivered ballots.

But any suggestion that counting all the legally cast and delivered ballots — as defined by each state — amounts to fraud or election stealing because they were not counted on Nov. 3 is flatly false. Saying otherwise can only serve to further polarize an already far-too-divided nation.

The way to solve this is simple. And it is what is already happening.

Count all the votes.

END_OF_DOCUMENT_TOKEN_TO_BE_REPLACED 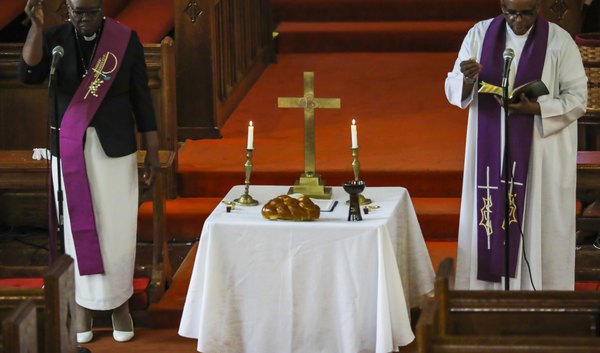 George Pyle: Court says it’s OK to spread death — as long as you are a religion.
By George Pyle • 12h ago 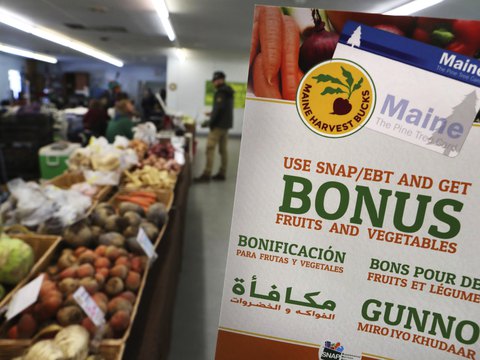