“He Hit Me (and it felt like a kiss)” is the name of a song that Carole King wrote in 1962. She composed it after she discovered that her babysitter was being beaten up by her boyfriend. When King asked why she stayed with him, she said he did it because he loved her.

Almost 60 years later, the problem of domestic abuse persists. In fact, one in three Utah women will experience some form of domestic violence in her lifetime, and our rate is slightly higher than the national average (32.4% vs 28.8%).

And as is the case with many social issues, the COVID-19 pandemic is making it worse. All of the normal stressors that can trigger violence — financial pressure, illness, close quarters, uncertainty — are magnified with no end in sight.

Abusers thrive on isolation and segregation of the victim from friends and family. Salt Lake County District Attorney Sim Gill observed that being sheltered at home creates a “more pronounced petri dish of that abuse.” Utah Domestic Violence Coalition’s numbers back this up, reporting an increase of 25% to 50% in crisis calls for domestic and intimate partner violence across the state so far in 2020.

Domestic violence is often presumed to refer only to physical violence, but it also includes many other forms of abuse — emotional, verbal, financial, spiritual, digital/online and sexual. Personally, I have met so many women who have told me about their experiences. Some constantly lived in fear; some were routinely beaten; and one suffered from emotional abuse so severe that that she tried to commit suicide to escape her situation.

So why don’t people just leave? Some are afraid if they leave, their abuser will kill them, and statistics show that over 70% of domestic violence murders happen after the victim has gotten out. Others are so emotionally traumatized that they lose all sense of self-worth, believe they somehow deserve it, and, like King’s babysitter, come to equate abuse with a warped kind of love.

And while a number of factors can have an impact on the risk of domestic violence in a woman’s life (including relationship status, education level, income and age), it can happen to anyone. Utah has many resources for anyone suffering from domestic violence. 211Utah.org lists resources throughout the state.

Like me, you may be asking yourself, what can I do? Organizations like Stop the Violence Utah focus on education, prevention and advocacy. And Utah Domestic Violence Coalition trains volunteers to support abuse survivors. The University of Utah recently launched a Gender-Based Violence Consortium, which is devoted to preventing violence among college students, particularly those of “minoritized backgrounds” who tend to be at higher risk.

There are other shelters and resources as well, but there are still not enough to keep up with the unfortunate demand for services in Utah.

Ultimately, we need to look out for our neighbors, friends, sisters, daughters, and be a safe haven. I am reminded of another Carole King song, “You’ve Got a Friend” that shows what real love looks like:

Susan R. Madsen: There can be an inclusive face to conservatism

“Now, ain’t it good to know that you’ve got a friend

When people can be so cold?

They’ll hurt you, yes, and desert you

Please, be a friend.

END_OF_DOCUMENT_TOKEN_TO_BE_REPLACED

Gary Leimback: Republicans should return to their best traditions
By Gary Leimback | Special to The Tribune • 2h ago

Robert Kirby: Where has all that stuffing gone?
By Robert Kirby • 2h ago
END_OF_DOCUMENT_TOKEN_TO_BE_REPLACED
L 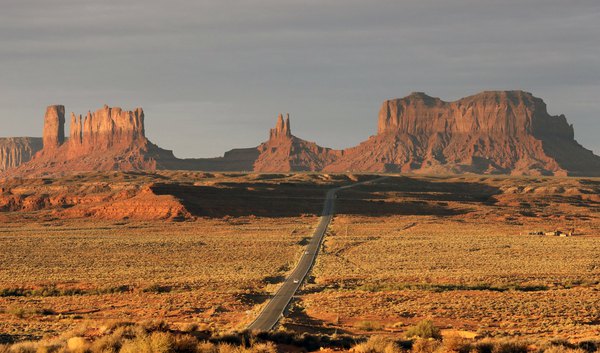 Matt Jarman: How to constitutionally keep ‘Big Tech’ in check
By Matt Jarman | Special to The Tribune • 2h ago