For once, I am going to agree with President Donald Trump in his use of his favorite adjective: “huge.”

The agreement brokered by the Trump administration for the United Arab Emirates to establish full normalization of relations with Israel, in return for the Jewish state forgoing, for now, any annexation of the West Bank, was exactly what Trump said it was in his tweet: a “HUGE breakthrough.”

But it is close. Just go down the scorecard, and you see how this deal affects every major party in the region — with those in the pro-American, pro-moderate Islam, pro-ending-the-conflict-with-Israel-once-and-for-all camp benefiting the most and those in the radical pro-Iran, anti-American, pro-Islamist permanent-struggle-with-Israel camp all becoming more isolated and left behind.

To fully appreciate why, you need to start with the internal dynamics of the deal. It was Trump’s peace plan drawn up by Jared Kushner, and their willingness to stick with it, that actually created the raw material for this breakthrough. Here is how.

The Kushner plan basically called for Israel and the Palestinians to make peace, with Israel being able to annex some 30% of the West Bank, where most of its settlers were, and the Palestinians getting to establish a demilitarized, patchwork state on the other 70%, along with some land swaps from Israel.

The Palestinians rejected the deal outright as unbalanced and unjust. But Israeli Prime Minister Benjamin Netanyahu, who basically helped to write the very pro-Israel plan, said he intended to proceed with the annexation part of the plan by July 1 — without agreeing to the part that his political base of Jewish settlers rejected: Palestinians later getting a state on the other 70%. (I wonder if Trump’s ambassador to Israel, David Friedman, a pro-settler extremist himself, encouraged Bibi to think he could get away with this.)

It didn’t work, because Kushner, who was hearing regularly from Egypt, Jordan and the gulf Arabs that such a unilateral Israeli annexation would be a total deal-breaker for them, told Bibi, “Not so fast.” Kushner persuaded Trump to block Bibi’s cherry-picking of the plan by taking annexation now.

This was causing Netanyahu to lose support from the settlers — and, at a time when he is on trial on corruption charges and facing daily protests outside his home over his poor performance in leading Israel out of the coronavirus epidemic, left him sinking in the polls.

So what Trump, Kushner, Prince Mohammed bin Zayed, the de facto leader of the Emirates, and Netanyahu did was turn lemons into lemonade, explained Itamar Rabinovich, one of Israel’s leading Middle East historians and a former ambassador to Washington.

Thomas L. Friedman: Beirut’s blast is a warning for America

Thomas L. Friedman: Biden should not debate Trump unless ...

Thomas L. Friedman: This should be Biden’s bumper sticker

Thomas L. Friedman: China and America are heading toward divorce

This process apparently started after the UAE’s ambassador to Washington, Yousef al-Otaiba, published a letter in Hebrew in Israeli newspaper Yediot Ahronot in June directly warning that Israeli annexation of the West Bank would undermine the quiet progress Israel had made with the gulf Arabs.

The UAE had been mulling going for more open diplomatic ties with Israel for a while, but it was the discussions over how to stop annexation that created a framework in which the UAE could be seen as getting something for the Palestinians in return for its normalization with Israel.

The Netanyahu dynamics here are fascinating, or as Israeli writer Ari Shavit remarked to me: “Netanyahu is trying to get out of his own personal Watergate by going to China. He’s like Nixon in reverse.”

What he meant was that Netanyahu had been doing everything he could to appease the right-wing forces in Israel — with shiny objects like annexation — so they would side with him in his corruption trial against Israel’s court system and attorney general.

By taking this deal, Netanyahu, as Nixon did with China, abandoned his natural ideological allies — the settlers who supported him because they thought he would deliver annexation — “and this will force Netanyahu to become more dependent on the center and center-right in Israel going forward,” Shavit said. “This deal may help save Israeli democracy by now depriving Bibi” of the full army of right-wing forces “he needed to destroy the Israeli Supreme Court.”

The Palestinian Authority, led by Mahmoud Abbas, was also stripped of something by this deal, which may force him to the negotiating table. It stripped him of his biggest ace in the hole — the idea that the gulf Arabs would normalize with Israel only after the Israelis satisfied the demands of the Palestinian Authority with a state to its liking.

(Free advice for Abbas: Come back to the table now and say you view the Trump plan as a “floor,” not a “ceiling” for Palestinian aspirations. You will find a lot of support from Trump, the Europeans and the Arabs for that position. You still have leverage. Israel still has to deal with you, because your people in the West Bank are not going to just disappear, no matter what happens with the UAE and Israel.)

This deal will certainly encourage the other gulf sheikhdoms — Bahrain, Oman, Qatar, Kuwait and Saudi Arabia — all of which have had covert and overt business and intelligence dealings with Israel, to follow the Emirates’ lead. They will not want to let the UAE have a leg up in being able to marry its financial capital with Israel’s cybertechnology, agriculture technology and health care technology, with the potential to make both countries stronger and more prosperous.

Three other big winners here are: 1) King Abdullah of Jordan. He feared that Israeli annexation would energize efforts to turn Jordan into the Palestinian state. That threat is for the moment defused. 2) The American Jewish community. If Israel had annexed part of the West Bank, it would have divided every synagogue and Jewish community in America, between hard-line annexationists and liberal anti-annexationists. This was a looming disaster. Gone for now. And 3) Joe Biden. Biden, if he succeeds Trump, will not have to worry about the thorny issue of annexation, and he should have a much stronger pro-American alliance in the region to work with.

The big geopolitical losers are Iran and all of its proxies: Hezbollah, the Iraqi militias, Syrian President Bashar Assad, Hamas, Islamic Jihad, the Houthis in Yemen and Turkey. This is for a number of reasons. Up to now, the UAE has kept up a delicate balance between Iran and Israel, not looking to provoke Iran, and dealing with Israel covertly.

But this deal is right in Iran’s face. The tacit message is: “We now have Israel on our side, so don’t mess with us.” The vast damage Israel inflicted on Iran through apparent cyberwarfare in recent months may have even given the UAE more breathing room to do this deal.

But there is another message, deeper, more psychological. This was the UAE telling the Iranians and all their proxies: There are really two coalitions in the region today — those who want to let the future bury the past and those who want to let the past keep burying the future. The UAE is taking the helm of the first, and it is leaving Iran to be the leader of the second.

When the Trump administration assassinated Qassem Soleimani, head of Iran’s Quds Force, the foreign-operations branch of Iran’s Revolutionary Guard, in January, I wrote a column saying that America had just killed “the dumbest man in Iran.”

Why? Because what was Soleimani’s business model, which became Shiite Iran’s business model? It was to hire Arab and other Shiites to fight Arab Sunnis in Iraq, Lebanon, Yemen and Syria — to project Iran’s power. And what was the result of all this? Iran has helped to turn all four into failed states. Iran’s clerical leadership has become the largest facilitator of state failure in the Middle East — including its own — which is why so many Lebanese blame it and Hezbollah for their country’s mismanagement that led to the devastating explosion last week in Beirut’s port.

I have followed the Middle East for too long to ever write the sentence “the region will never be the same again.” The forces of sectarianism, tribalism, corruption and anti-pluralism run deep there. But there are other currents — young men and women who are just so tired of the old game, the old fights, the old wounds being stoked over and over again. You could see them demonstrating all over the streets of Beirut last week demanding good governance and a chance to realize their full potential.

The UAE and Israel and the U.S. on Thursday showed — at least for one brief shining moment — that the past does not always have to bury the future, that the haters and dividers don’t always have to win.

It was a breath of fresh air. May it one day soon turn into a howling wind of change that spreads across the whole region.

END_OF_DOCUMENT_TOKEN_TO_BE_REPLACED 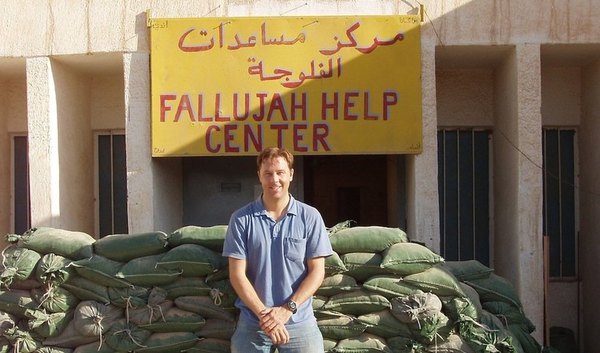 Letter: Kael Weston embodies qualities we need in our leaders
By Kai Reed | The Public Forum • 1h ago

Letter: Why all the ruckus over the coronavirus?
By Bill Juszcak | The Public Forum • 1h ago

Leonard Pitts: There is a fire in the house of democracy
By Leonard Pitts | The Miami Herald • 11h ago
END_OF_DOCUMENT_TOKEN_TO_BE_REPLACED
L

Robert Gehrke: After that debate, can we come up with some fixes? Or should we even bother?
By Robert Gehrke • 47m ago

American, United to furlough 32,000 as time runs out on aid
By David Koening | The Associated Press • 48m ago