In the Old Testament Book of Numbers, there is a story of Israelites wandering the desert being attacked and bitten by “fiery serpents” for disobeying God and Moses.

The bites are fatal, except for one simple antidote. Moses built a serpent of brass that would heal the bitten Israelites if they just looked. However, many Israelites would not even undertake the simple act of looking at a brass serpent due to their hard heartedness.

What does this Bible story have to do with today? In churches throughout the United States, there is a simmering debate among churchgoers whether masks should be required when the government does not already mandate them. This debate is playing out in congregations of The Church of Jesus Christ of Latter-day Saints as church services slowly resume after being shut down due to the pandemic.

The church was quick to respond to the COVID-19 pandemic by suspending all church services, including work in its temples, to stop the spread of the virus. In May, the church announced a plan to resume church services and temple work when conditions and local regulations allowed.

The plan appears to take into consideration many guidelines health officials encourage, such as physical distancing, reducing capacity by staggering services or alternating weeks where members attend, sanitizing surfaces, encouraging hand sanitizing and washing, reducing the time of worship services from two hours (which was cut down from three hours in 2019), to less than an hour, letting members who hold the priesthood administer the sacrament in their homes and encouraging those in high-risk groups to stay at home to protect themselves.

It is clear though, that statements from church leaders encouraging mask wearing is not working. On Wednesday, now viral photos of a packed Utah County Commission meeting to discuss mask requirements for K-12 students with most attendees crowded inside and not wearing masks are indicating a large issue coming to the forefront, despite the fact the county commission cannot overrule Utah Gov. Gary Herbert’s order last week that K-12 students wear a mask when they return in the fall.

Frankly, church members just are not following the guidance of their leaders when it comes to masks. While it is unclear how many attendees at the Utah County Commission are Mormon, members of the church make up more than 80 percent of Utah County’s population.

The debate was also playing out in Montana until Gov. Steve Bullock ordered individuals to wear masks in indoor public spaces. Prior to the governor’s order, a prominent local leader emailed church members under his stead to encourage, but not require masks. It is clear from his remarks that he was concerned about the political divide concerning mask wearing and brought up the familiar “contention is of the devil” that is often used in the church to stifle debate.

It is was concerning that the leader wrote that he respects everyone’s views on COVID-19. While using terms such as “dangerous” to describe this approach may seem over the top, it could be considered reckless and even disingenuous to suggest all opinions should be respected.

There are abhorrent conspiracy theories circulating concerning the pandemic, especially those targeting Jews, Chinese people and other minority groups. I know it is not his intention to welcome those views, but those who hold such opinions might welcome such validation.

The LDS Church’s approach to masks stands at odds with other controversial issues, such as with gun rights. In 2019, the church formally banned carrying firearms in church buildings while it was merely recommended prior to that. This elicited some dissent on social media with some concerned about the church caving to liberal pressure or trying to deny constitutional rights.

Emily Oster: What will schools do when a teacher gets COVID-19?

Harris Sondak: Too many in parks and on trails are not being responsible

Jamie Belnap: Masks are a matter of life and death

Maryann Martindale: Don’t say you support health care workers if you refuse to wear a mask

The reticence on requiring masks is also striking for a church that has not been afraid to speak out against same-sex marriage, legalization of marijuana and euthanasia in recent years in statements to members to encourage them to vote a certain way on ballot measures.

As we have seen, though, the church’s authority in such matters has been weakened in recent years, with Utah voters passing a medical marijuana initiative in a state where 62 to 68 percent of residents (depending on which organization is estimating) are members of the church.

My research as a scholar who studies the influence religious leaders have on individuals indicates the weakening influence of the church on a range of issues. This includes younger church members increasingly bucking against church leaders in supporting same-sex marriage and legalization of marijuana, among other issues. The mask issue is one where the church leaders can make a definitive statement. A mere suggestion is not enough to sway members, even among those who attend church regularly.

While encouraging masks is a good step, a mask requirement is not out of step with previous guidelines for those who set foot in a church building. Leaving the decision to local and regional authorities is risky in other ways. It is likely some do not understand the science behind wearing a mask, still do not believe COVID-19 is a serious problem, or believe that mask wearing is part of a conspiracy to control individuals in some manner. A mask requirement would send a clear statement that the health of those who attend church is paramount to one’s political beliefs.

Church leaders need to be bold in these times, especially when mask wearing is just a slight burden above glancing at a brass serpent.

There are many who do not wear a mask because they do not believe.

Jason M. Adkins is a political science professor at Montana State Billings who studies the influence religious leaders have on public opinion.

END_OF_DOCUMENT_TOKEN_TO_BE_REPLACED 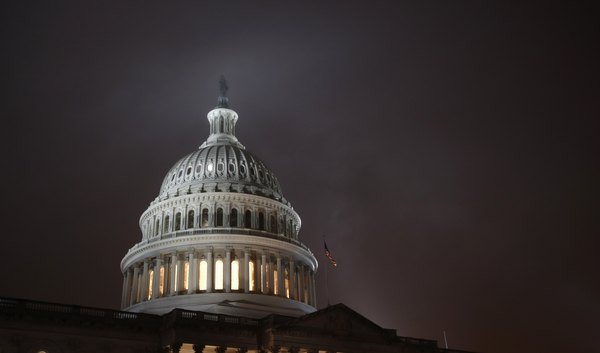 Letter: I can’t respect a team that doesn’t respect the flag
By Clement A. Kester | The Public Forum • 22h ago
END_OF_DOCUMENT_TOKEN_TO_BE_REPLACED
L

Coronavirus testing: How it works, why Utah’s tests are down, and what’s coming next?
By Andy Larsen • 9m ago