As your senator and my former governor, Mitt Romney, again pummels his party’s president, I offer these three words of advice: Margaret Chase Smith.

Every Utahan knows that Romney made history earlier this year by voting to convict fellow Republican Donald Trump during his impeachment trial, and more recently he blasted Trump for commuting the sentence of presidential pal Roger Stone. What you might not know is that it was Smith, then the only woman in the Senate, who set the model 70 years ago for taking on a demagogue in her ranks.

The Maine Republican paid dearly at the time, but history has rewarded her courage in a way that should inspire Romney, and perhaps already has.

The bully Smith took on was Sen. Joe McCarthy, and she did it in the early years of his jihad against communism, when there was a chance of containing the damage. Smith met McCarthy years before at a dinner party and was charmed. The two shared a dread about Soviet subversion, and McCarthy not only named her to the investigations subcommittee where he was ranking Republican but touted her as a future vice presidential nominee.

Her breaking point was his February 1950 speech in Wheeling, West Virginia, where he charged that the State Department was riddled with Reds. “One day Joe said, ‘Margaret, you seem to be worried about what I am doing,’” she recalled. “I said, ‘Yes, Joe. I want to see the proof.’” McCarthy: “But I have shown you the photostatic copies.” Smith: “Perhaps I’m stupid, Joe. But they don’t prove a thing to me that backs up your charges.”

On June 1, 1950, Smith took to the Senate floor to vilify her Wisconsin colleague without naming him, or needing to: “Those of us who shout the loudest about Americanism in making character assassinations are all too frequently those who, by our own words and acts, ignore some of the basic principles of Americanism: The right to criticize; The right to hold unpopular beliefs; The right to protest; The right of independent thought.”

Finishing her opening remarks, and trying to settle what she’d concede was a fluttering stomach, the ordinarily-cautious Smith read a “Declaration of Conscience” that called for civility and bipartisanship and was co-signed by six moderate Republicans.

It was a 15-minute act of gallantry and grit, one that McCarthy listened to silently. But the recriminations were quick and stinging. Columnist and McCarthy friend Westbrook Pegler called Smith, the first women elected to both houses of Congress, “a Moses in nylons” who “took advantage ... of her sex.”

Others suggested that the two had been romantically involved, or she’d wanted to be, and that the speech was revenge. Joe had the most cutting quip, calling Smith and her co-signatories “Snow White and the Six Dwarfs.”

His words were reinforced by splenetic action. In 1951 McCarthy dumped Smith from the subcommittee he’d named her to. Denouncing her as a “puny politician” and a “thief” of taxpayer money, he helped recruit a candidate to challenge her in the 1954 Republican primary, secured backing from his wealthy Texas benefactors, rallied pals in the press and pretended to have had no involvement in any of it. While she won the primary with ease, she drew just 59 percent of the vote in the general election, down from 71 percent in 1948.

As she later confided, the experience left her “feeling bedraggled, unappreciated, and sorely in need of a change in focus.” Which was how most of McCarthy’s victims felt.

Frank Bruni: The Republicans who want to destroy Trump

Gail Collins: Trump trembles as Mitt’s on the move

George Pyle: In his way, this president is helping the cause of justice

And that wasn’t the end of the price she paid for her courageous stand against the man whose name became an ism – in this case a synonym for reckless accusation and fear-mongering – and whose playbook Trump has been following. President Dwight Eisenhower, who showed none of the backbone Smith did during his early years in the White House, shunned the Maine senator once she became McCarthy’s enemy.

Today, however, her stand against McCarthy is the single thing Smith is most remembered and revered for by Mainers and others. And her Declaration of Conscience speech is, along with McCarthy’s tirade in Wheeling, the most famous of that Red Scare Era. Are you listening, Mitt?

Larry Tye lives in Massachusetts and is the author, most recently, of “Demagogue: The Life and Long Shadow of Senator Joe McCarthy.”

END_OF_DOCUMENT_TOKEN_TO_BE_REPLACED 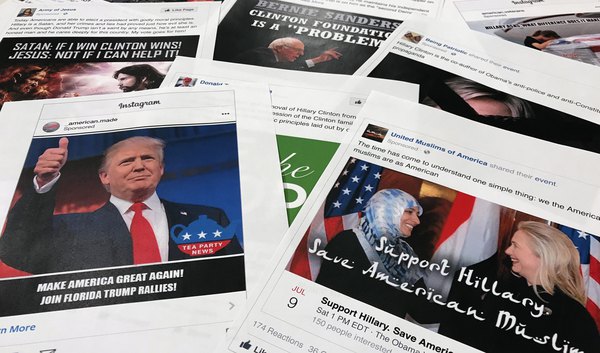 The home gym is in! Sales of fitness equipment in Utah continues at record pace
By Kathy Stephenson • 15m ago