George Pyle: Fascism in the streets of Portland

If battle-armored troops from the U.S. Department of Homeland Security set one foot inside Salt Lake City on the pretext of putting down a domestic insurrection, and Utah’s governor, legislators, senators and congressmen do anything other than raise holy hell about it, on their way to drafting articles of impeachment, then we will have learned a couple of very important things.

One, that I have been right all along in labeling the current president of the United States and his various toadies and sycophants as a would-be fascist regime. And, two, that widespread observations that the once-honorable Republican Party is dead will be confirmed.

This is anything other than the normal political tiff. Even as polarized as politics are now in this country — with each side lobbing terms such as fascist, communist, socialist, racist, anarchist, Confederate sympathizer and Russian stooge at the other — the news from Portland, Oregon, is utterly frightening.

Under the pretext of protecting federal property from vandalism and damage by protesters, troops fully fitted out in battle gear have appeared in the streets of Portland.

Some have been videoed using tear gas and what is now apparently known as less-than-lethal ammunition (what used to be called rubber bullets) at demonstrators who were doing nothing more than exercising their First Amendment rights to peaceably assemble and petition for a redress of grievances.

There is tape of some of these stormtroopers bounding out of unmarked vehicles and seizing what appear to be random protesters.

The governor of Oregon says she did not invite these forces and that their presence is not only illegal but an act of provocation that is only making things worse. The attorney general of Oregon, the U.S. attorney for Oregon and the mayor of Portland all agree.

But the president insists that he is not only empowered to take this action but right to do so because local and state officials haven’t been doing a good enough job of keeping the situation under control.

Word is that such forces might soon appear in Chicago. And that any other city that, because it has a Democratic mayor — like, oh, Salt Lake City — might be next.

It’s not that federal troops have not swept into American cities before. They have. Generally, though, it has been at the request of overwhelmed state officials, as envisioned in the Constitution’s Article IV.

Or it has been when the locals — civilians, police and National Guard — were in open rebellion against lawful federal authority. As when Dwight Eisenhower sent federal troops to enforce school desegregation orders in Arkansas.

George Pyle: In pandemics, as always, follow the money

George Pyle: The meaning of a day forgotten

Or when William Tecumseh Sherman explained the theory of federal supremacy to the good citizens of Atlanta.

But that is not what is happening now.

The locals have been handling the situation in their own way. They just were not smashing as many heads as the president thought necessary. They were not requesting federal assistance. The streets were noisy and, in some small areas, violent. But in no case had cities fallen to Antifa or the Black Panthers.

There is every reason to worry that this deployment of federal brownshirts is a trial run for how this administration will militarize the Republican habit of voter suppression or, if that fails, claim that an election the president is likely to lose was fraudulent and invalid.

Utah’s Sen. Mitt Romney has, in the last few days, made some appropriately strong statements about how China’s oppression of ethnic minorities is appalling and how our president’s move to transfer U.S. troops out of Germany is unwise in the extreme. But, so far, he’s said nothing about the president’s domestic warmongering.

And Utah’s other senator, the self-styled constitutional scholar Mike Lee, he of congressional power and states’ rights, has uttered not a peep.

Utah’s Republican congressmen — Rob Bishop, Chris Stewart and John Curtis — did pop out of their holes long enough to vote against an amendment successfully offered by Ben McAdams, Utah’s only Democratic member of Congress, that would ban a resumption of nuclear weapons tests, tests that only the president and his goons think is a good idea.

If the Constitution survives the year, it will be in spite of Republicans, not because of them.

With the death of Rep. John Lewis, one of the last lions of the civil rights struggles of the 1960s, many have appropriately suggested that the infamous Edmund Pettus Bridge in Selma, Alabama, site of a 1965 bloody attack by police on Lewis and other civil rights activists, be renamed for the congressman.

I think I have a better idea. Keep the bridge named as it is, for a Confederate general turned KKK grand dragon. So we remember why it was such an important hurdle to cross.

Instead, name the road that goes over it, now designated simply US 80 Business Route, the John Lewis Memorial Highway. That way, John Lewis will cross that bridge, both directions, without opposition or violence, every day, for all time.

END_OF_DOCUMENT_TOKEN_TO_BE_REPLACED

Letter: Remote learning can work for many families
By Tina Ellis | The Public Forum • 1h ago

Levi Hilton: A dangerous fallacy facing my generation
By Levi Hilton | Special to The Tribune • 9h ago
END_OF_DOCUMENT_TOKEN_TO_BE_REPLACED
L 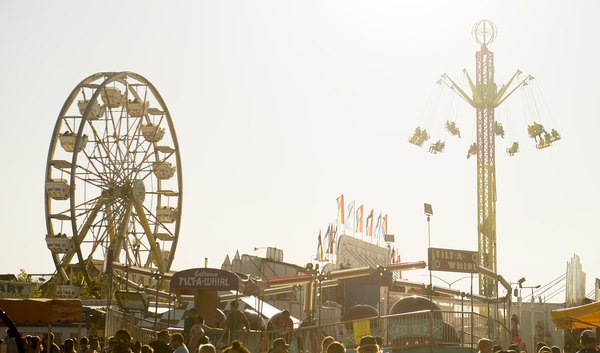 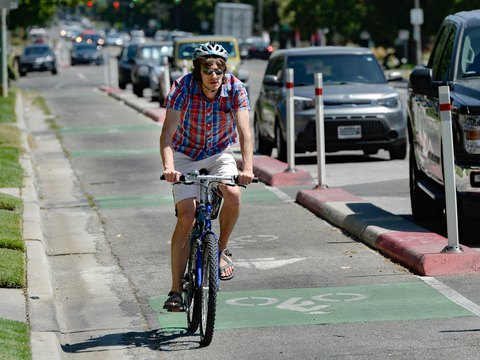