My editor groaned when I told her the subject of this column. In a moment, you'll be groaning, too.

Last week in this space, I opined upon “the quiet death of an Italian priest.” Giuseppe Berardelli was 72 and died of the novel coronavirus. This happened, I reported, after he gave away his respirator, which had been bought for him by his parishioners. I wrote that he insisted it be given to a younger patient who was struggling to breathe.

Well, Father Berardelli did, indeed, die of the coronavirus and he was, in fact, 72. But as for the rest, well, in the words of an old song, "It just didn't happen that way."

The Catholic News Agency spoke with the secretary general of Father Berardelli's diocese, who said that while he was, indeed, a self-sacrificing man, Berardelli didn't give his personal respirator away; he didn't even have one. "There was not a donated respirator," Father Giulio Dellavite said. "There have not been any respirators coming from outside of the hospital."

Apparently, the false story originated with an Italian news site, Araberara. It was amplified by a tweet from one James Martin, an official with the communications office of the Holy See. From there, it was picked up by news media around the world, including the BBC, Sky News, Newsweek, CBS — and me.

And the anguish I now feel at having to retract it has little to do with journalistic embarrassment and everything to do with the fact that, well ... this was a story I needed. That's why I groaned. It's probably why my editor groaned and why many of you are doing the same. Like Jean from Madison, Wisconsin, who had written me that she was "humbled" by Berardelli's sacrifice, Doreen, from St. Louis, who said, "May we all try to follow his grace," and Merrie, from Salem, Oregon, who said it "brought tears to my eyes."

Debunking this story feels not unlike kicking a puppy. Small wonder. In a crisis that finds so many of us looking only to our own interests, here was a man rejecting the selfish and embracing the selfless. There, is however, a silver lining here. If Berardelli's perceived heroism was extraordinary, well, we are surrounded, still, by heroism that is "merely" ordinary.

In other words, heroism easily taken for granted.

Consider the medical professionals working punishing hours on the front lines of the pandemic without personal protective gear. And the journalists risking their lives to gather and report the news. And the cashiers still ringing us up and the postal workers still moving our mail. And governors like Cuomo of New York, Newsom of California and Hogan of Maryland. While some of their counterparts — looking at you, DeSantis of Florida — behave like the shark-denying mayor from "Jaws," they model what has become a rare attribute: statesmanship.

There is ordinary heroism, too, in the rest of us simply struggling to get through this intact. The British morale poster from World War II comes to mind: "Keep Calm and Carry On." Remarkably, many of us are doing just that. In a crisis that has upended our lives more broadly and profoundly than almost anything in the last century, we're still getting dinner on, still changing diapers, still praying, writing, laughing, singing — being human.

Leonard Pitts: In Trump they trust

Leonard Pitts: The quiet death of an Italian priest

Leonard Pitts: Is there still a place called ‘us?’

At a bookstore I know, you pre-purchase by phone now and pick up curbside from a guy in gloves standing six feet distant. And why not? As Americans — as human beings — this is what we've always done: improvise, adapt, find ways to live through. Yes, we mistakenly thought we glimpsed heroism in a single quiet death.

But it is still there, unmistakable in a million quiet lives.

END_OF_DOCUMENT_TOKEN_TO_BE_REPLACED 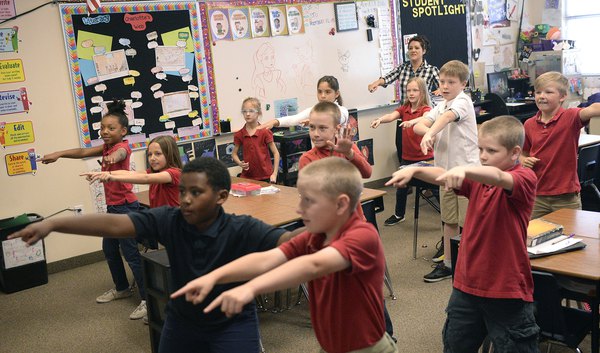