Asta Bowen: Make way for the zombies of the sea

As if its year-round wildfires weren’t enough, California is leading the way toward a zombie apocalypse. But unlike flames roaring across the landscape, this apocalypse is happening quietly, just below the surface. And its scope is staggering.

Imagine the great swaths of forest that once blanketed much of this continent; now imagine an army of tree-eaters, billions strong, who suddenly show up and start mowing down everything in their path.

Dubbed a “zombie apocalypse” by University of California scientist Joe Gaydos, this is happening right now — in the sea instead of on the silver screen. The forests are kelp, large brown algae that live in cool, relatively shallow waters close to the shore. They grow in dense groupings and feed and shelter thousands of fish, invertebrates and marine mammal species.

The invaders are sea urchins, and the destruction has profound repercussions.

Northern California has lost an estimated 90 percent of its kelp forests along a 200-mile stretch of coastline; marine scientists at Bodega Bay have called it an "unprecedented" shift in which oceans are warming, starfish are dying, and purple sea urchins are taking over.

It's a story told round the globe in one form or another, from Norway to Nova Scotia, Australia to the Aleutians. Once-lush beds of massive kelp, up to 100 feet tall and teeming with wildlife, have been replaced by stony "barrens" overrun by urchins and not much else.

If that's not creepy enough, a major villain in the Pacific scenario may well be "The Blob," an epic rise in surface water temperatures that lasted several years and may be coming back. Sea-star wasting disease, which virtually eradicated a key predator of the urchins, has been linked to such warming waters.

A little about sea urchins, those pretty pin cushions of the ocean floor: no brain, no heart, and underneath all the stingers it's mostly nerves and sex and appetite. Given the balance of nature, the logical fate of a species that eats itself out of house and home, while wildly reproducing, should be starvation.

But this is where the real zombie act shows up: it seems that if things get bad enough, urchins can deploy to a near-death state. Thus the species manages to endure in the very environment it trashed, not just for days or weeks, but months and years. It's a brilliant survival strategy; red urchins are known to live up to 200 years, with oldsters showing such a remarkable lack of decrepitude that scientists are asking what this creature might teach us about longevity itself.

In fairness, it's hard to worry about sea urchins run amok when you can see the glow of wildfire from your living room.

Besides, there's also a theory that kelp forests and urchin barrens are simply two sides of an ecological coin that is going to flip back and forth over time. We think of the sea as a mighty, immutable force that can take care of itself — which in the end it may be — but tell that to the seals, the codfish, the seabirds, the humpback whales, and now the kelp forests vanishing before our eyes.

Commentary: The Utah Roadmap is right for Utah’s outdoor industry

Gary Wockner: The dam truth about the Colorado River

Tell it to the abalone divers facing a closed fishery. Tell it to the atmosphere, losing yet another place to stash excess carbon. Tell it to all the crustaceans, fish, and marine mammals who will have to look elsewhere for food and shelter. Tell it to the coastal communities whose shorelines will now bear the brunt of storm surge unbuffered by that biomass of kelp.

Tell it to Oregon, who's next on the urchins’ menu. Washington, are you listening?

We can take the chance that ocean warming is just a blip on the radar, but until our own species develops the ability to live for centuries, other measures are in order, measures like the emergency rule just approved by the California Fish and Wildlife Commission. It would allow recreational divers to harvest unlimited purple urchins off the Mendocino coast that lies at the "epicenter" of the devastation.

Even this may prove too little, too late; but knowing what we already know, carrying on as usual may be the scariest movie of all.

Asta Bowen is a contributor to Writers on the Range.org, a nonprofit that promotes lively discussion about the West. She lives in Montana and is a former columnist for the Seattle Post-Intelligencer.

END_OF_DOCUMENT_TOKEN_TO_BE_REPLACED 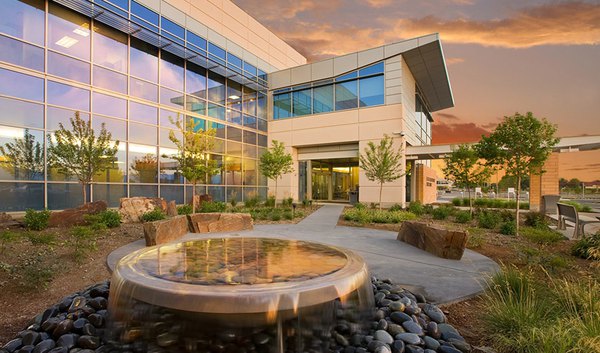 Judi Hilman: Now is a good time to review Intermountain Healthcare’s commitment to the community
By Judi Hilman | Special to The Tribune • 7h ago

‘Next year, we will be free’ — Salt Lake City couple celebrate an intimate, yet expansive, Passover Seder
By Peggy Fletcher Stack • 44m ago