Commentary: Unwritten rules can cause a lot of harm at BYU

For many years, the Honor Code has been broadcasting discriminatory values and practices that are harmful towards LGBTQ students.

Outside athletic and academic organizations have found these values and practices disturbing. Recently the Classical Association of the Middle West and South rescinded its offer to hold its 2023 meeting on the campus of BYU Provo because of the “impact of BYU’s policies on LGBTQ colleagues and the conflict between those policies and CAMWS’s own policies on diversity and inclusivity.”

The loss of academic inclusion for the university may concern some, but more devastating is the trauma caused to LGBTQ students who navigate a campus environment that is so unattractive to professional colleagues.

When the First Presidency announced the rescission of the November 2015 policy, it stated that “immoral conduct in heterosexual and homosexual relationships will be treated in the same way.” When the new honor code removed written restrictions on “all forms of physical intimacy that give expression to homosexual feelings,” it appeared to implement this stated equalization.

Instead, we witnessed everything that could possibly go wrong when the policy arm of the Church Educational System and the enforcement arm of the Honor Code Office are not on the same page before a major policy change. The roll out and roll back of the updated Honor Code was not only unprofessional, but highly irresponsible and injurious.

For two weeks, the public infighting and power struggles at the highest levels of The Church of Jesus Christ of Latter-day Saint’s educational system over the Honor Code created a dangerous ambiguity. It placed vulnerable LGBTQ students squarely in harm’s way when the commissioner of the Church Educational System finally issued a jolting reversal, declaring “same-sex romantic behavior cannot lead to eternal marriage and is therefore not compatible with the principles included in the Honor Code.” The “homosexual behavior” clause, though removed from the Honor Code, remains in force as an unwritten rule.

CES appears blatantly dishonest attempting to veil discriminatory policies from academic societies, professional associations or the NCAA by removing prescriptive anti-homosexual behavior from the stated Honor Code, only to enforce such as unwritten law reviewed beyond public view on a case-by-case basis regarding romantic intent. There is no required determination of romantic intent regarding heterosexual relationships.

Furthermore, CES does not define specific “forms of physical intimacy that give expression to homosexual feelings” that would be honor code violations. Such discrimination and ambiguity is harmful and gives the Honor Code Office undue power over LGB students, stoking fear over violating a set of unwritten rules as compared to their heterosexual peers.

Nathan Kitchen: The rainbow stained-glass ceiling in the LDS Church

Commentary: Ignore those shouting from the ‘great and spacious building’

Nathaniel Call: Students at BYU are feeling the whiplash

Jacob Newman: We are not your diversity lesson

All students have the right, regardless of sexual orientation to enjoy chaste, affectionate public behavior without any fear of reprisal. LGB students are worthy of the same rights, protections, and freedom of loving expressions which are afforded their heterosexual peers.

LGB students are not seeking relief from the law of chastity. They are aware of the church’s teachings on marriage, including that the church does not “counsel that heterosexual marriage is a panacea.” They only seek the same opportunity to enjoy a fullness of joy and expression during their university years that their heterosexual peers are encouraged to have — not by way of exception, but by inclusion.

The church states that “it is unethical to focus professional treatment on an assumption that a change in sexual orientation will or must occur ... the individual has the right to define the desired outcome.” We believe that church education policies surrounding sexual minorities must be brought into alignment with these stated principles.

We recognize that gender identity is not addressed in the new Honor Code. Transgender students face higher ambiguity and greater safety concerns than their LGB cisgender peers. They must not be forgotten in this transitional moment.

We renounce any efforts that read into the stated Honor Code any restrictive elements based upon individual prejudice or bias that places one group of students above another in terms of right of expression.

To all our LGBTQ students, you are worthy and equal no matter where you choose to be, in your family, in worship, in school, in work, and in who you love.

Nathan Kitchen is the president, and Laurie Lee Hall is the senior vice president, of Affirmation, LGBTQ Mormon Families and Friends.

END_OF_DOCUMENT_TOKEN_TO_BE_REPLACED 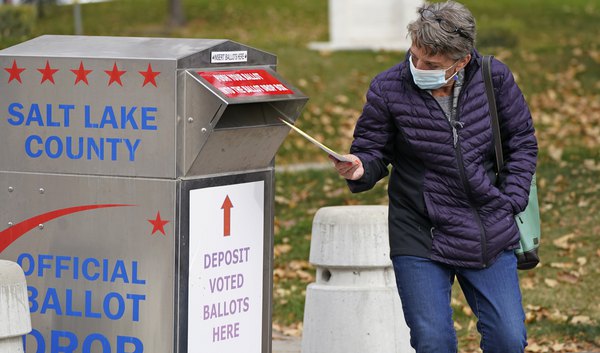 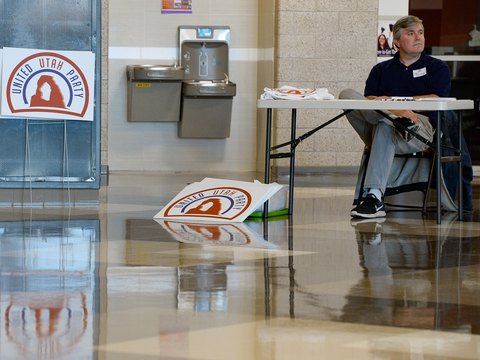 Letter: Utah should be a multi-party state
By Lora Beth Brown | The Public Forum • 2h ago 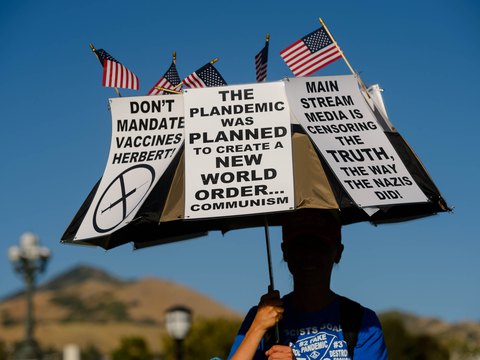 Brian Moench: Science and reason treated as enemies of the people
By Brian Moench | Special to The Tribune • 13h ago
END_OF_DOCUMENT_TOKEN_TO_BE_REPLACED
L 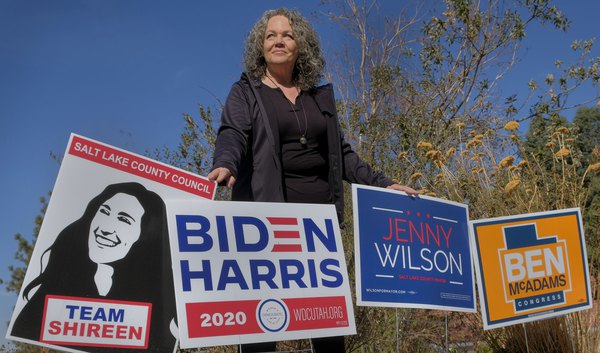 Do hunting and fishing in Utah need constitutional protection?
By Bethany Rodgers • 39m ago

Letter: Biden is a good guy
By Todd Troxell | The Public Forum • 1h ago