Tel Aviv, Israel • To get a different perspective on the Trump-Kushner peace plan, I decided to call the best Middle East analyst I know. Her name is Mother Nature.

So, Mother Nature, what did you think of the Deal of the Century?

Well, Tom, not a lot. For starters, it mentioned me in only a few short sentences. Let me take you on a tour of the neighborhood, as I see it. Warning: My maps have no boundary lines, no walls — and no Areas A, B and C in the West Bank.

You can be sure that President Donald Trump, who has declared climate change a hoax, has no idea that the Eastern Mediterranean has experienced drought conditions for 15 of the last 20 years, which is unparalleled in the modern historical record. A recent study by Tel Aviv University predicts that the Eastern Mediterranean will get steadily hotter and drier and gradually lose two months of winter — i.e., rainfall months — within the next 25 years. Meanwhile, in 1948 Israel’s population was 800,000. It’s now 8.7 million. Jordan’s was 450,000. It’s now 10 million. Syria’s was 3 million, and it’s now 17.5 million. So, the future is steadily more people and less water.

What are the implications?

Israel used to pump up to 500 million cubic meters of water a year out of the Sea of Galilee, a freshwater lake, to meet domestic needs, including for agricultural fields in the south of Israel, to turn the desert green. In 2018, Israel could pump out only 30 million cubic meters!

In the summer of 2018, the Sea of Galilee was so low from droughts and water withdrawals for rising populations that it was threatening to become another saline lake, like the Dead Sea. You remember that Jesus walked on water in the Sea of Galilee? Well, you could have done that, too, because it was so low that two islands were visible in the middle of the lake.

How does that affect the Jordan River and all those dependent on it?

Sadly, in the last 50 years, the Jordan River’s annual flow has dropped to a trickle. With Israel, Jordan and Syria each grabbing as much clean water as they can, it’s actually mostly sewage that is keeping the river flowing today. But since a lot of the river is a closed military zone, most people don’t know it’s drying up.

The only guaranteed water for Israel’s big urban centers and farms on its coastal plain is desalinated water and treated wastewater, which have chemical issues. And now, in order to adapt to climate change, Israel is having to reverse the direction of its national water-transportation system — to take desalinated water from its coastal water plants up north to the Sea of Galilee, which, until sustained rainfall this winter began to replenish it, was so diminished it could not serve as Israel’s national water tower.

At the same time, Gaza does not have sufficient sewage treatment facilities, so roughly 100 million liters of raw sewage flows from Gaza every day into the Mediterranean. The prevailing current takes it right up the coast, where Gaza’s waste gets into the filters of Israel’s big Ashkelon desalination plant, which intermittently has had to be shut down to be unclogged.

Thomas L. Friedman: Trump must be impeached if our democracy is to survive

What about Gaza, Jordan and the West Bank?

Well, Amman recently cut municipal water service from two days a week to eight hours a week for its residents. They have to buy the rest of their water from private vendors. Jordan has had to absorb 1.5 million refugees from Syria’s civil war, which itself was partly prompted by drought. The Jordanian people should get the Nobel Peace Prize for how they have peacefully absorbed so many refugees.

Jordan has 600,000 people living on its side of the Jordan Valley. With markets to Iraq and Syria both disrupted, and a decrease in water supply as a result of drought, youth unemployment on the Jordanian side of the valley is at 40%. The water-intensive crops they, and the Israelis, grow in the valley — tropical and subtropical fruits, like bananas and citrus, and fruits and vegetables for export — are not sustainable. The conditions have left most of these communities impoverished.

How has this affected the war on terrorism?

Jordan was the third-largest contributor of youth recruits to the Islamic State in the Arab world. You can be sure plenty of these recruits were from the Jordan Valley, which is full of frustrated young men who can’t get jobs and so can’t marry. It’s a trifecta of ecological demise, poverty and radicalization.

What about Gaza under Hamas?

Both Israel and Gaza traditionally drew most of their water from the coastal aquifer. The Gaza portion has totally collapsed under Hamas mismanagement, Israeli blockades and overuse. Some 97% of the Gaza aquifer is no longer potable. People there live by filling jerrycans with water from small desalination plants run by private vendors and international organizations. About a quarter of the disease in Gaza today is associated with unhealthy drinking water.

The mountain aquifer running down the spine of the West Bank and Israel is also being rapidly depleted and polluted. The Jewish settlers in the West Bank are connected to the Israeli water system through a sophisticated network that runs 24/7, but the Palestinian cities are not. So, in hot summer months in Bethlehem, for instance, residents get municipal water only episodically.

You also have many West Bank Palestinian villages and towns without sewage treatment facilities. Their raw sewage is tossed into cesspits — unlined holes in the ground — that let the liquid seep into the groundwater and the solids collect, to then be dumped into wadis. Sewage in the greater Hebron area, with over 300,000 people, flows via the Hebron Stream to the Israeli town of Beersheba, where it becomes the Beersheba Stream! As I said, I recognize no borders.

So what would be Mother Nature’s peace principles?

To begin, any plan that carves up the West Bank into siloed political spaces, walls and roads — driven by a Trump-Kushner desire to embrace the “reality” of where Jewish settlers have haphazardly settled around the West Bank — makes no sense to me. This is a single ecosystem, and there will be no physical security for one if there is not human security for all. More than once my flash floods have knocked down Israel’s security barrier around Tulkarm and Jerusalem.

Peace and prosperity came to Europe after World War II via the creation of the Common Market. The Common Market was built on trading last century’s main energy source and industrial product — coal and steel. Peace between Israelis and Jordanians and Palestinians will come through a confederation of their sovereign entities based on sea and sun. The only way Israelis, Palestinians and Jordanians will all have water and energy security is through large-scale desalination, and the only way they can get that — and not worsen climate change — is through massive solar-power generation.

Israel and Gaza have vast capacity to tap the Mediterranean Sea for manufactured water, and Jordan has great capacity to tap its vast empty deserts for manufactured solar power. They all should be networked into a confederation, harnessing the sea and sun — with joint commissions to manage water, energy and food security — that would create healthy interdependencies. Then they could all rise economically together. Rather than the siloed, unhealthy interdependency or unilateralism that they are now creating — where they compete for water, energy and food and pollute one another, and fall together.

For more on all of this, look at the work of the organization EcoPeace Middle East and particularly its feasibility study. That group understands me like nobody else.

If you build on my formula, any peace will have to involve mutual respect and respect for my ecosystems — in contrast to the zero-sum thinking of the political extremists now driving this story and messing with Mother Nature. It’s not smart to mess with Mother Nature. Ask the Australians.

Thomas L. Friedman, a three-time Pulitzer Prize-winner, is an Op-Ed columnist for The New York Times.

END_OF_DOCUMENT_TOKEN_TO_BE_REPLACED 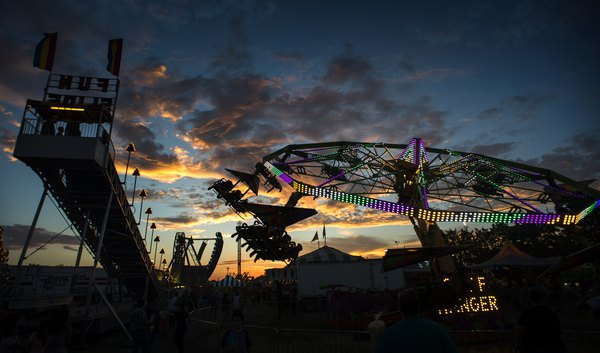 Leonard Pitts: Who gets to tell what stories?
By Leonard Pitts | The Miami Herald • 17h ago
END_OF_DOCUMENT_TOKEN_TO_BE_REPLACED
L 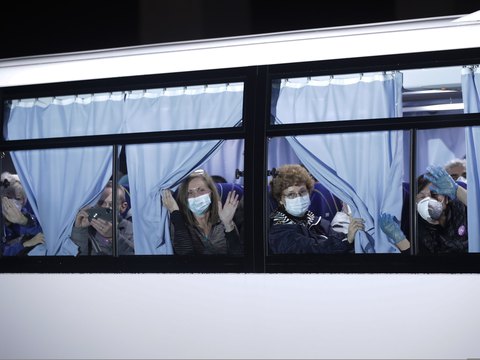