It can be difficult for normal people to know when to trust the government and when not to.

It can be even more confusing to figure out when to trust Mike Lee.

The senior senator from the great state of Utah has, on occasion, stood up for the Constitution and constitutional principles in ways that suggest he thinks for himself and is not one to just cave whenever someone with a Top Secret clearance intones, “National security.”

He has been, in turn, highly suspicious of the panic-driven Patriot Act and such related things as George W. Bush’s warrantless — in both senses of the word — wiretap program.

Lee has been known to stand up for the idea that Congress, listed first in the Constitution, is the first among equals in the three branches of government. He has been less than eager to give the president, any president, a blank check to pursue military action around the world.

Four years ago, Lee was among the many good Republicans who foresaw what a train wreck it would be, for the party and the nation, to nominate or elect that con man from Queens. Through the 2016 Republican National Convention, and even beyond, Lee was a leader of the attempt to head off that catastrophe.

Now, Lee is the Utah co-chair of the president’s reelection campaign and among the solid wall (more solid that the wall the president is building along the Mexican border) of GOP senators who cannot be bothered to do their Article I duty and conduct a real trial of the articles of impeachment approved by the House of Representatives.

Lee now supports a man who quite clearly believes that the Constitution is a bothersome bit of paper that purports to limit his power. It makes little sense.

Perhaps Lee is more in awe of presidential authority that even he likes to admit. Maybe he holds out hope of being named to the U.S. Supreme Court. Maybe, as I posited some years ago, Mike Lee is sometimes replaced in public by his Evil Twin, Mickey Lee.

The idea that our president’s great and good friend and mentor, Russian dictator Vladimir Putin, has something on our senator is totally without evidentiary foundation. But it sure would explain a lot.

Lee has taken to using the Fox News fright phrase “deep state” in describing what he sees as a secret conspiracy by numerous government officials to unseat a duly elected president who they happen to dislike.

George Pyle: Anti-abortion is a long way from pro-life

Certainly there are arms and organs of the United States government that have not been above using deceit, trickery and Top Secret rubber stamps to prevent the American people from catching on to what they are doing.

They never let on about just how close the black comedy classic “Dr. Strangelove” came to being a documentary. They found a way to describe every massacre of Native Americans as a “battle” and every lost battle as a “massacre.”

But now, a giant conspiracy theory blaming the bureaucracy, the permanent civil service, the national security establishment, the professional diplomatic corps for a quiet coup is just absurd.

It is inaccurate and unfair to equate the whistle blowers of today — named and unnamed, in anonymous op-eds and sworn congressional testimony — with the deep, dark plots of yesteryear. And current ones we may not know about.

No leaks to The New York Times. No sworn testimony before the House Intelligence Committee. No risking your career, your reputation, your pension, to go public with what you know to be awful behavior on the part of the commander in chief.

There is no question that the president did what the two articles of impeachment say he did. The only justification for a vote to acquit is not Lee’s newfound appreciation of a rogue executive branch but a belief that, counter to everything the senator supposedly stands for, the president is infallible.

That, as Richard Nixon said then, and Alan Dershowitz says now, if the president does it, it’s not illegal.

There is a way that Lee and the other Republicans in Congress could really do something to offset a deadly web of government secrecy. They could join Utah’s only Democrat, Rep. Ben McAdams, in pushing to expand and extend the paltry offers of compensation for the Downwinders — people sickened and killed by the clouds of radioactive waste that blew from Nevada during Cold War nuclear testing.

Otherwise, all these scary stories about a runaway secret government should be ignored as the claptrap they are.

George Pyle is the editorial page editor of The Salt Lake Tribune. And that’s all you want to know about him.

END_OF_DOCUMENT_TOKEN_TO_BE_REPLACED 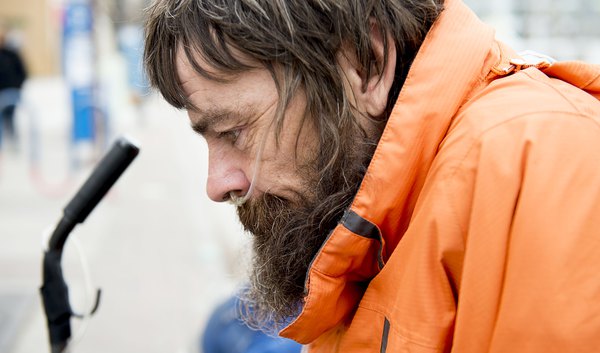 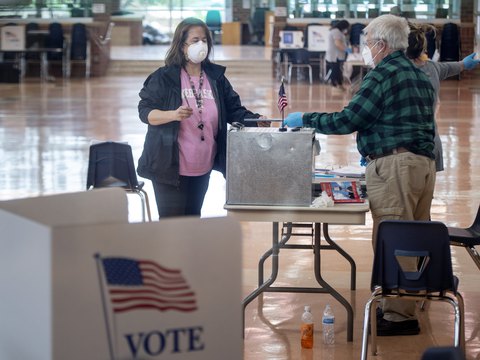 Letter: Health is tied to a healthy democracy
By Robert Kimball Shinkoskey | The Public Forum • 11h ago
END_OF_DOCUMENT_TOKEN_TO_BE_REPLACED
L