Eric Hubner: In praise of those who bear witness

The Holocaust, a genocide known also as the Shoa, was the extermination of Jews and others whom the Nazis deemed undesirable during the Second World War. As we mark Holocaust Remembrance Day, Jan. 27, our thoughts turn with gratitude to those who have borne witness to us of those atrocities. These survivors taught us that freedom and peace are retained only through vigilance and courage.

I grew up in a town with a strong Jewish community. We enjoyed school vacation on both Christian and Jewish holy days. Ethnic foods abounded and tolerance and respect for differences prevailed. It was a wonderful community in which to be a child.

However, something hung in the air over our town that was barely discernible and certainly ineffable to a child. One might describe it as a lingering grief, but it was much bigger than that. It was a collective shriek of horror. Families had lost parents, grandparents, siblings, cousins, uncles and aunts in horrific acts of violence during the Holocaust.

Most of my childhood friends were Jewish. Some of their parents had either escaped the Nazis or fought as American soldiers to defeat them. The mother of one of my friends hid in a cemetery as a child to escape capture and death in a concentration camp. The old couple up the street fled Berlin while the Nazis targeted Jews during Krystallnacht and other acts of terror. The man who ran the shoe repair shop had the numbered tattoo of a concentration camp inmate on his forearm. I lived among witnesses to atrocities.

After I graduated from high school, I moved to Germany, where I lived for a year with a wonderful family in northern Bavaria. I recognized in Germany a familiar feeling of lingering loss, a great cry of pain and much more. I went to school with the innocent, a new generation of Germans. I also lived among both the victims and the perpetrators of past wrongdoing.

It was, of course, more nuanced than this because many perpetrators of evil are themselves victims. During the Nazi era, an entire generation of German youth knew no other “truth” save that told to them by trusted parents, teachers and leaders. They were deceived into doing great wrongs. The Germans taught me that any nation of good, decent people can descend into darkness.

In the wreckage of lives and nations following the war, the Jews and the Germans made it a point to identify what went terribly wrong and they vowed to do their best to prevent it from happening again. They recognized that they had trusted too long and had discerned too late the deceptions that were practiced upon them. They had convinced themselves that it was not that bad, that things would work out okay and they had sleepwalked into a tragedy of magnificent proportions.

Since that time, survivors of the Holocaust have borne witness to individuals and nations that the horrific did actually happen and it can happen again. Most of these truth tellers and prophets are now dead. It is left to those of us who heard their stories to bear witness on their behalf.

A recent survey of Americans found that many lacked a serious understanding about what took place during the Holocaust.

Mark Twain is often credited with saying, “History doesn’t repeat itself, but it often rhymes.”

If Americans are not familiar with the Holocaust and other acts of religious, ethnic and political persecution and war, how can we avoid walking blindly into similar calamities?

Eric Hubner: Republican senators should stand up to the appeasement of Trump

In addition to the few remaining witnesses of the Holocaust, others live among us in the United States who can bear witness to persecution and violence, if we will listen.

The five survivors of the recent ethnically motivated stabbing during a Hanukkah party at a Hasidic rabbi’s home and other victims of similar attacks can sadly now bear witness to the same evil Jews experienced at the hands of the Nazis.

African Americans can also add their voices as witnesses to persecution. In recent years attacks on African Americans “have ranged from brutal beatings and violent killings to burning churches, firebombing homes and outspoken threats of harm.”

Some believe that, “the 2016 presidential campaign and the election of President Donald Trump may have encouraged more people to express their intolerance toward black Americans.”

We are used to racist attacks directed toward black Americans. That, in itself, is a symptom of the problem of persecution in America.

We also have immigrants from other countries who can bear their witness to political, ethic and religious persecution. They were each pushed by acts brutality beyond the veil of denial that blinds most Americans to seriousness of our plight.

These witnesses to horrors will tell you that the descent into darkness began with leaders stoking the prejudices and the fears of the people which then led to violence. Some of them may tell you that they already feel a chilling “déjà vu,” an unsettling premonition of what might happen in America.

Ariel Dorfman, who emigrated from Chile to the United States, wrote an excellent description of parallels between what she experienced in Chile and what she sees in America today. She stated that, “I thought democracy in Chile was safe. Now I see America falling into the same trap.”

Dorfman recounted how in the 1970s Chilean citizens were, “whipped into a frenzy by a campaign of hate-filled lies.“ She described a “savagery” that was “normalized because millions of Chileans ... felt threatened to their core .... [They] accepted [a] war on their compatriots as necessary to save the nation.” Her message to Americans is that, “The rights we take for granted are fragile and revocable, and only the resistance of ordinary citizens will save them.”

To protect ourselves from the erosion of our freedoms, we must look to history to identify patterns of dangerous behavior that we must defend against. If we look for these patterns in America today, they are everywhere:

The destruction of a shared national identity, wealth disparity, fear, hate and political polarization. Patterns of prejudice and persecution, patterns of giving up civil rights, patterns of acquiescence, patterns of willing cooperation, including persons in government who follow commands to be silent about wrongdoing and those who follow orders whose fulfillment harms others.

And there are patterns of collusion that parallel our Republican-dominated Senate’s effort to launch a trial to protect a president without agreeing to hear from witnesses.

The yielding of congressional powers to the executive branch is another pattern. For too many years our Congress has yielded war powers to presidents. President Trump may now exploit these powers to lead us into war.

Too many of us are trying to convince ourselves that this is OK or that it will pass, when evidence points to the contrary.

As we commemorate the loss of those who died in the Holocaust, President Trump’s threat to destroy Iranian cultural sites, after he ordered the assassination of Iran’s top military leader, is yet another shocking reminder of the Nazis’ brutish burning of Jewish synagogues and ISIS’s wanton destruction of religious sites. It invites one to question what the president would be willing to do on American soil in a crisis?

A president who has built his political career on demonizing caricatures and fear mongering may use any retaliation by Iran as justification for the persecution of Americans of Iranian, Arab and Muslim heritage while attempting to grab additional presidential power from a conflicted and cowed Congress. These Americans recall well that the 9/11 attacks led to racial and religious profiling of persons of Middle Eastern and South Asian descent.

They remember an anxious Congress yielding powers to a president and a curtailment of our rights to privacy, many of which remain in effect today.

We must quickly discern the dangers emerging within our country and act and advocate for positive change within the constraints of the laws that currently protect our freedoms.

Our freedoms were bequeathed to us by Providence and by brave individuals who paid with their lives and property to found and preserve our nation. The prophets of the Holocaust have warned us that our deeds can unwittingly rhyme with the worst of history. We can still act to preserve the best of our American heritage, but it will take courage and sacrifice.

Ordinary citizens, like you and me, must add our own voice of peaceful protest and take positive action to promote a government that abides by our Constitution and a return to the values of civility and respect that make us Americans.

If we do not act now, how high will the price be to regain the freedoms we may lose?

Eric Hubner, Volcano, Hawai’i, received both bachelor’s and master’s degrees from Brigham Young University, as well as a master of social work degree from the State University of New York. He is a retired mental health therapist and school social worker, who also worked in the addiction field and coordinated services for families at risk of child abuse and neglect.

END_OF_DOCUMENT_TOKEN_TO_BE_REPLACED 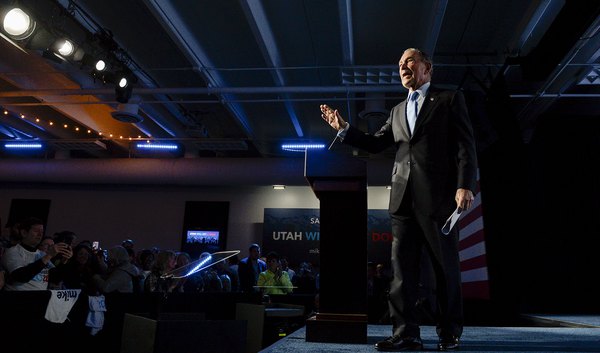 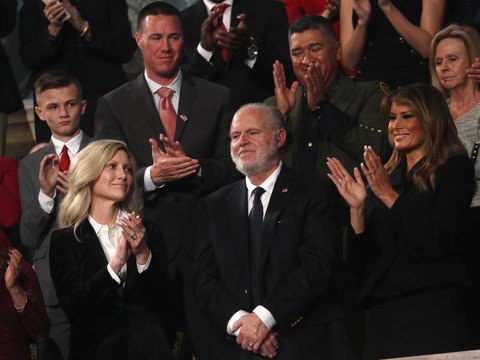 Ray McEvilly: Right-wing media has left us with braindead Trumpers
By Ray McEvilly | Special to The Tribune • 12h ago
END_OF_DOCUMENT_TOKEN_TO_BE_REPLACED
L