On May 25 and again on Nov. 5, The Salt Lake Tribune published pieces I wrote that questioned the wisdom of the plan to close the downtown homeless shelter, replacing it with three new “resource centers.” In particular, I questioned the fact that all three new centers combined had a capacity of 400 fewer beds than the now-shuttered downtown shelter.

It seems that those words were prescient, as the first new resource center began turning people away less than a month after opening. The second one was over capacity in terms of need before it even opened, and as the date approached for the closure of the downtown shelter, there were close to 400 men in residence. The last resource center to open, the one for the men, has only 300 beds.

The math was alarming, but when the time came, many of the men just didn’t go, preferring instead to camp in areas closer to downtown.

It isn’t hard to see why many of the men didn’t go. The men’s resource center is located nine long miles away from downtown. That’s an awfully long way to go if you have a job, or if you need to be downtown to reach the resources that you need to get by. Some men had a spouse or significant other among the women’s population. Some just really didn’t want to live right next to the jail.

The resulting encampments brought predictable consternation among some of the populace. This was followed shortly by equally predictable police harassment against the homeless to try and get them to somehow vanish. Sweeps were conducted and clothes, tents, sleeping bags and other belongings discarded. Tempers flared on all sides of the issue.

By this time, of course, winter had set in and the new resource centers really were full, regardless of the city’s protestations to the contrary. The homeless in Salt Lake, however, are just as incapable of just vanishing as the homeless anywhere. Thus, they found themselves between a rock, a hard place, and the Salt Lake City police.

The whole situation came to an ugly climax on Jan. 4, when protesters from several different activist groups decided to make a statement by camping out with the homeless in Washington Square Park. In short order, they were set upon by police in full riot gear, a situation that resulted in a shoving match which culminated in 17 arrests.

Twelve days after the protest, the incoming mayors cried uncle and acquiesced to the primary demand from the protesters, announcing a new shelter to be located in an empty commercial building in the Sugar House area. The new shelter is slated to sleep 145 people and have shuttle service to the downtown area.

The new shelter is supposed to be temporary, which, to anyone truly familiar with Utah’s homeless situation, is astonishing. The fact that we still have elected officials who view anything about homelessness as temporary shows that we still have a long, long way to go.

The primary cause of homelessness is a lack of affordable housing, nobody seriously disputes that. What about the flip side of that? Why can’t people afford housing?

Salt Lake City mayor and council: Every person deserves shelter in the winter

George Pyle: Those without power are going to act up

George Pyle: Where Biskupski lost me, familiar news from afar and an honor that got away

So, people stay with their family too long or they bunch up in roommate situations or they stay in failed or abusive relationships just to make the rent. All of these people are vulnerable to homelessness and, once homeless, it’s a long, brutally difficult climb back to being housed again. I know, I’m still trying to battle my way back.

Yet every new politician says the same two words over and over again when talking about the homeless: affordable housing. Rarely anything about fair and decent compensation.

Utah’s homeless situation is far from temporary, and with 58,000 people a year pouring in, building three new centers that failed to account for the present need never mind the future didn’t make sense.

Kip Yost is a formerly homeless person now living with his wife in an apartment in Salt Lake City.

END_OF_DOCUMENT_TOKEN_TO_BE_REPLACED 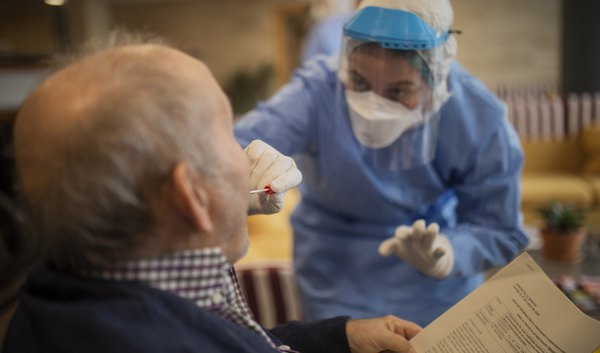 James Tabery: How to prepare for the worst-case scenario
By James Tabery | Special to The Tribune • 5h ago 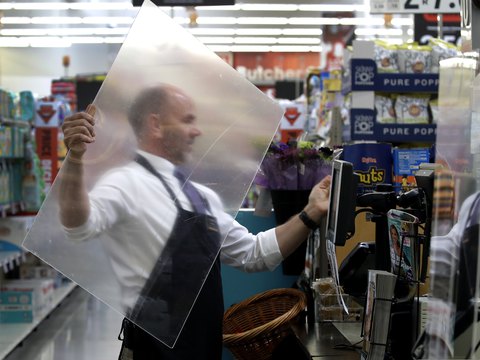 Letter: Salute the foot soldiers in this crisis
By Dick Bona | The Public Forum • 5h ago 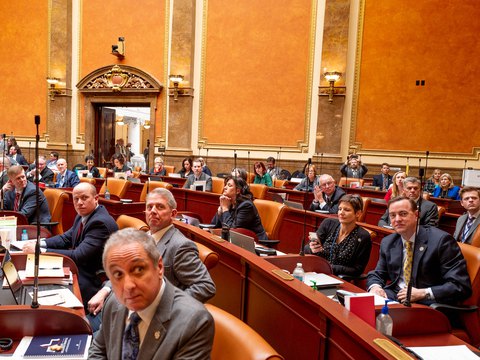 Letter: Use the rainy day fund
By Rich Sheya | The Public Forum • 5h ago
END_OF_DOCUMENT_TOKEN_TO_BE_REPLACED
L

RSL to reduce staff, cut salary of executives
By Alex Vejar • 34m ago

UDOT unveils its Top 10 highway projects among $3.3B in contracts
By Lee Davidson • 47m ago