I had a bad dream — a real nightmare. I dreamed I saw a Salt Lake Tribune headline that read: “Mike Lee says Trump is a gift.”

Why in the world would my Utah senator say something as repugnant as that, I thought. A gift? I must be dreaming.

Then I saw myself in a little row boat headed for Niagara Falls. And there on the bank was Utah Congressman Chris Stewart, with an American flag pin on his lapel, yelling something.

“You don’t have any evidence that President Trump bribed anyone,” he was yelling.

Here I was, moments away from certain disaster, and my congressman was spouting some ridiculous stuff about our president’s efforts to wriggle out of a half-baked scheme to blame Ukraine for meddling in the 2016 election, not to mention coercing Russia’s struggling neighbor into investigating Joe Biden and his son by withholding crucial military aid.

“No quid pro quo,” Stewart screamed, holding up a sheaf of paper that he unfolded like an accordion to read in big block letters: “No Quid Pro Mob Shakedown.”

Holy smokes, I thought, this is either a real bad nightmare or I’ve wandered into an alternate reality.

It’s well established that Vladimir Putin directed the attack on our election and that Ukraine desperately needs military aid to fend off a not-so-secret war with Russian forces in eastern Ukraine.

Then a chorus of Republicans appeared in blood-red church robes led by Sen. Lindsey Graham of South Carolina. They were singing something that sounded a little like “The Battle Hymn of the Republic” but with different lyrics: “Mine eyes have seen the glory of the coming of the Trump...”

In the scary dream, I saw a horse-drawn wagon rumble up with Rudy Giuliani at the reins dressed in a Rasputin suit. In the back, tied up with thick ropes, was Maria Yovanovitch, the former U.S. ambassador to Ukraine. She looked very worried and was closely guarded by Rudy’s wild-eyed henchmen, Lev Parnas and Igor Fruman, who were armed with pitchforks and scythes.

Randy Hopkins: Stewart is wrong to blame impeachment on a ‘deep state’

Commentary: Some questions of my own for Rep. Chris Stewart

“We’ll burn her at the stake,” Rudy cackled. “I’m doing this for my client, the president of the United States,” he shouted with authority.

Then I woke up. Thank goodness, I sighed. It was only a dream. Coming awake, I wondered how someone like Yovanovich, who served the United States for 33 years in foreign service with an exemplary record, could be the object of a smear campaign by the president and creeps like Giuliani and Sean Hannity.

It’s simply not possible, I told myself, that such a patriotic person would be ordered onto an airplane in the middle of the night and dismissed like so much rubbish.

It couldn’t happen, I thought, because Chris Stewart and Mike Lee wouldn’t allow such outlandish and repugnant behavior. They’re good Mormon men who would never sell their souls to Trump and look on as someone like Yovanovitch was pilloried so that criminals and sleazebags could further corrupt Ukraine, while undercutting a presidential candidate here at home. No. Good men would never go along with that.

I pulled myself together, gulped some coffee and looked at the paper. On the front page a headlined screamed: “Ex-critic Lee says Trump is a gift.”

Christopher Smart is a veteran Utah journalist who lives in Salt Lake City.

END_OF_DOCUMENT_TOKEN_TO_BE_REPLACED

Letter: Trump is creating a dystopian future
By Patricia Becnel | The Public Forum • 8h ago 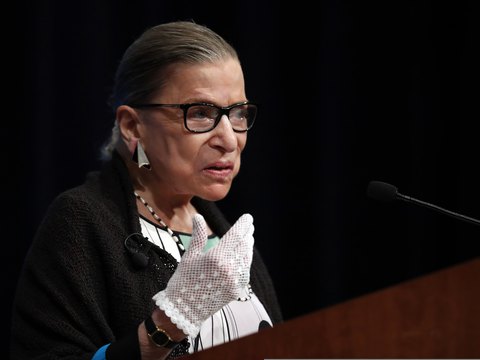 Alison Adams: What you can do to honor Ginsburg’s memory
By Alison Adams | Special to The Tribune • 12h ago
END_OF_DOCUMENT_TOKEN_TO_BE_REPLACED
L