John Lindsay-Poland and Dee Rowland: Stemming the guns of massacre in Mexico

The massacre of six children and three women in northern Mexico touched many Utahns. Occurring on the heels of other mass killings last month in Mexico, it shows how the American assault weapons market is feeding the crisis of violence in that country.

There are several hypotheses for the motives and authors of the Nov. 4, 2019 attack on the LeBaron family. But this and other prominent recent killings all have in common the use of assault weapons. In Sonora, AR-15 rifles left behind hundreds of shell casings of .223 bullets produced by Remington Arms in Arkansas. It is highly likely the assault rifles — which are not sold legally in Mexico — came from the United States as well.

Seventy percent of guns recovered at crime scenes in Mexico are traced to retail sales or production in the United States, according to federal data. And criminal organizations in Mexico frequently use military-style weapons like the AR-15 and high-capacity ammunition magazines in homicides and kidnappings. Mexican authorities have recovered more than 112,000 high-capacity magazines in Mexico since 2010.

The single most important action the United States could take to reduce violence in Mexico would be to end the commercial sale and easy availability of assault weapons and high capacity magazines, measures supported by close to a majority in the House of Representatives.

The killings in Sonora also demonstrate why so many families in Central America and Mexico choose to leave home, livelihood, community and property when faced with devastating armed violence. U.S. guns trafficked to Mexico create a boomerang of misery that pushes people to our borders.

President Trump responded to the massacre last week with an offer to send troops to wage war on the cartels in Mexico. Sen. Tom Cotton of Arkansas went further, saying that, “If the Mexican government cannot protect American citizens in Mexico, then the United States may have to take matters into our own hands.”

But the deployment of military forces against criminal organizations in Mexico, known as the Merida Initiative, which began with U.S. assistance in 2007, has been disastrous. Gun homicides in Mexico have risen from 3,208 in 2005 to more than 25,000 last year, with no end in sight. One reason is that arresting and killing cartel leaders causes ruthless competition for control of the lucrative illegal businesses they control, leading to further violence. Another is that Mexican armed forces face intense pressures to collude with organized crime.

The Merida Initiative was accompanied by an exponential growth in U.S. weapons exports to Mexican police, which have remained high. Media reports now indicate that the Trump administration has decided to move forward with rules that could help U.S. weapons companies sell even more military-style firearms to Mexico.

Under the new rules, export licensing for semi-automatic firearms, their ammunition and other weapons would move from the State Department to the Commerce Department, with no congressional oversight, a move that the gun industry estimates will increase exports by 20%. The administration, in other words, seeks to address the lack of controls on weapons with – more weapons.

U.S. gun laws and military strategy increase both the destructive capacity of criminal organizations and the spiraling cycle of violence in Mexico. Former Deputy Assistant Secretary of State Joel Rubin described the U.S. weapon supply as “a river flowing south from the United States full of guns and weapons.”

Bret Stephens: Mexico is on a path to becoming a failed state

“The United States,” he said, “we have to look at ourselves … at whether or not we too, are provoking the violence.”

John Lindsay-Poland coordinates Stop US Arms to Mexico, a research and advocacy project of the human rights organization Global Exchange. Dee Rowland has served as the past president of the Gun Violence Prevention Center of Utah and as the government liaison for the Catholic Diocese of Salt Lake City.

END_OF_DOCUMENT_TOKEN_TO_BE_REPLACED

Letter: We’re in the dog days of summer
By Linda Jenkins | The Public Forum • 12h ago 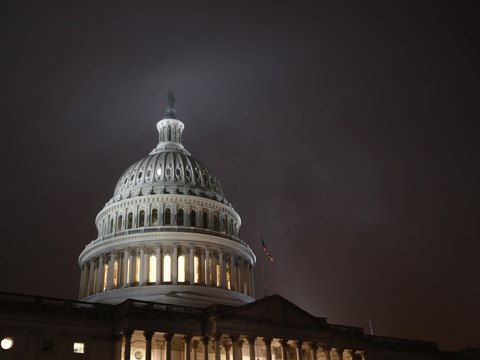 Letter: The difference between a million and a trillion
By Hugo Rossi | The Public Forum • 16h ago
END_OF_DOCUMENT_TOKEN_TO_BE_REPLACED
L

U.S. COVID-19 cases top 5 million — the highest of any country in the world
By Nicole Winfield and Lisa Marie Pane | The Associated Press • 11m ago