For years now, Iranian Americans and those of Iranian descent living in the United States have been caught in the crosshairs of U.S. sanctions against Iran. Our financial transactions have been unjustly scrutinized, delayed and blocked merely because of our ethnic background and the baseless suspicion that we have ties with the Iranian government. This discrimination must stop.

Last month, the Iranian American Society of Utah, a 501c(3) nonprofit organization, organized a performance by famed Iranian actor Parviz Sayyad. Sayyad is a U.S. citizen who resides in Los Angeles. This event was organized as part of our mission to provide Utahns with events that showcase Iranian culture. Our organization is a part of the fabric of the state of Utah. We have organized numerous charity drives to support homeless populations, refugees and other marginalized groups in our state.

We used the payment company Stripe to process online credit card sales for the event. Nearly two weeks passed after the day of the performance with no word from Stripe denoting a transfer of funds from ticket sales to our bank account. When we sent an email inquiring about the delay, we received an alarming response from Stripe representatives, asking us to describe any connections we might have to “individuals or entities in Iran,” (Stripe’s words).

The company had withheld our money for nearly two weeks on the baseless assumption that we might have financial and political ties to Iran, in spite of the fact that we are U.S. citizens and residents.

We were flagged simply because our organization name included the term “Iranian.” It appears that the “American” part did not matter.

Sadly, this type of discrimination is not new. Over the last several years, including under the Obama administration, other payment companies like Venmo and Paypal have flagged transactions containing words like “Iranian” and “Persian.” Friends transferring money to one another to pay for food at a Persian restaurant are flagged and scrutinized, while transactions with words like Heil Hitler, Nazis, KKK, cocaine, and heroine — all of which go against Venmo and Paypal’s policies — are not flagged nor blocked. U.S. Banks, too, have discriminated against customers of Iranian descent by closing their bank accounts for no valid reason.

Apparently, the mere fact of our Iranian background is enough for the government and private entities to constantly scrutinize us and make us feel unwelcome in the only country which is our home, the United States.

It must also be said that sanctions are immoral and a grave humanitarian disaster. Despite frequent calls that sanctions will help ordinary Iranians improve conditions in their country, they have only exacerbated economic hardship and the suffering of ordinary people. At the same time, the fact that the sanctions net is ensnaring U.S. citizens and other members of the Iranian American community in the United States is outright discrimination and profiling based on national origin and ethnic background.

These cases are yet another example of the heightened discrimination and racial hostility faced by many groups affected by the Muslim ban. We demand an end to such hostility and the policies that feed them. We demand the lifting of U.S. sanctions which hurt ordinary people inside Iran. We demand an end to the discrimination of Iranian Americans and other groups in the United States targeted by the Muslim ban and related policies.

Alborz Ghandehari is the civil rights director for the Iranian American Society of Utah.

END_OF_DOCUMENT_TOKEN_TO_BE_REPLACED 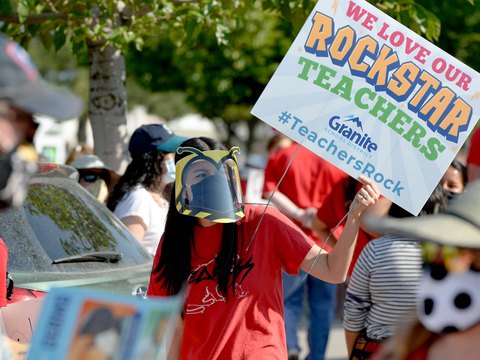