A long time ago, at a newspaper far away, I was transferred from a job I really liked to a job I truly didn’t want — though I was happy to still have a job — helping out on a desk that found itself short-handed due to a wave of corporate buy-outs.

I guess I did OK. My new editor said he appreciated that I was professional enough not to act out by messing up.

“You haven’t broken any dishes,” he said.

When I gave him a quizzical look, he explained, “It’s what you do when your mother makes you wash the dishes, and you really don’t want to, so you ‘accidentally’ break something in hopes that she won’t make you do it again.”

There’s a lot of that going around.

The current resident of the White House, for example, and some of his minions are cracking quite a bit of crockery.

Even before he was elected, there was a widespread sense that this guy didn’t really want to be president.

One juicy conspiracy theory I heard was that it was all a plot by the nefarious Clinton Clan (cooked up over cosmopolitans by Chelsea and Ivanka) to get the Republicans to nominate a sure loser, one who would sabotage his own campaign every time he opened his mouth.

Turned out you could go broke overestimating the intelligence of the American people. Or the Electoral College.

Now there is a flood of evidence that the chief magistrate would very much like to be forced from office. Then he can return to his original business plan, running a media empire, positioned to the right of Fox News, where he can spout an endless stream of vile bigotry, with himself in the role of chief victim, at great personal profit.

Even more profit that he will get by renting out one of his Florida golf resorts as host of the G7.

Closer to home, and of much more long-term significance, are the bits of broken china strewn about by leaders of The Church of Jesus Christ of Latter-day Saints.

The most recent and biggest broken dish was the church’s plea that the state of Utah halt its drive to ban so-called “conversion therapy” for minors. That’s the variety of child abuse that pretends that being gay or transgender or something is a sin and an illness that might be cured through a kind of quackery that mental health professions have roundly denounced.

If it wants to retain its influence in Utah political and social circles, the church should hope the state ignores its plea. Now, if the practice isn’t banned, and further human carnage results, it will fairly be blamed on the LDS Church. If it is banned, well, no harm, no foul, no blame.

This on the heals of further pronouncements of anti-LGBTQ bigotry, with seasonings of sexism sprinkled in. And the odd report of child abuse.

It all leads one to wonder if it isn’t all a fiendish plan cooked up in secret. Minus the cosmopolitans, of course.

It suggests that someone over on South Temple is grappling with the fact that having great sway over public policy carries great responsibility, and great potential for blowback.

If that influence is diminished, then the burden of taking the blame for bad, or just unpopular, laws and rules is likewise reduced. Allowing the church to rebrand itself, not as ruler of the world, but as a heavenly escape and refuge from it.

There’s a lot of that going around.

In just the past decade, the report documents, the number of Americans self-identifying as Christian has dropped from 77% to 65%, while the religious “nones” — agnostic, atheist or “nothing in particular” — climbed from 16% to 26%.

Church attendance has similarly declined. And, among the millennial generation, Christian affiliation is now just less than half the population, while 40% count themselves as “nones.” (The remaining fraction are non-Christian faiths, such as Jewish, Muslim, Buddhist, etc.)

And, while the number of LDS followers grows around the world, in the U.S. it remains where it has been stuck for a long time, at 2% of the population.

There are a lot of reasons or this, of course. Laziness. Friendship networks based around the workplace and social media rather than church.

But the increasing rejection by each rising generation of organized religion is most logically explained by its image as retrograde, especially on matters of equality among the sexes and the expressions of sexuality.

Religious orders would be wise to make their peace with this. Less influence by religion generally, and by any particular faith in particular, will actually free those groups to be themselves, unburdened of the responsibility of setting social policy and getting blamed for it.

People motivated by their faith to do good works in the world will still have every opportunity to do so. They will just have to sharpen their skills of compromise and cooperation, which some of them are already good at, making common cause with others who also want to feed the hungry, house the homeless and bring peace to the world.

The last of which will be more likely as religion loses influence and humanity ascends.

George Pyle, editorial page editor of The Salt Lake Tribune, finds great solace in the fact that nobody is ever compelled to take his advice. He couldn’t handle the responsibility.

END_OF_DOCUMENT_TOKEN_TO_BE_REPLACED 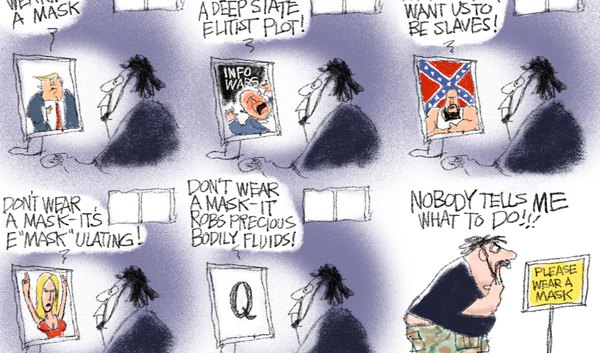 Letter: Keep it up, Bagley
By John Funk | The Public Forum • 10h ago 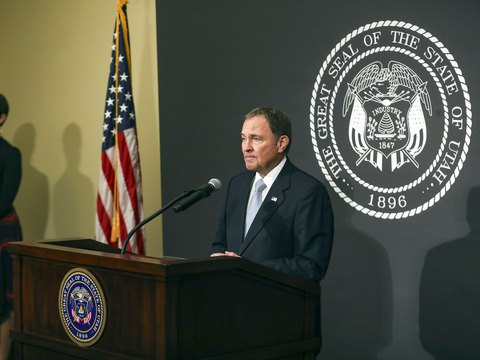 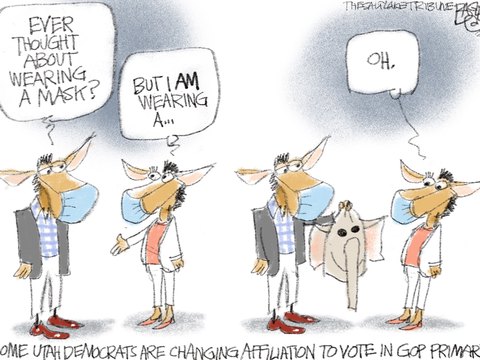 Bagley Cartoon: Primary Face Off
By Pat Bagley • 40m ago 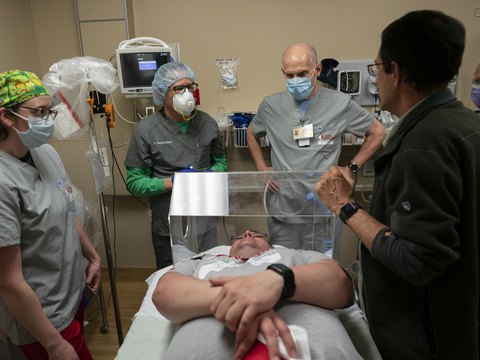 Commentary: Are we really all in this together?
By Reena Tam, Katie Gradick, Elizabeth Keating, Vicki Wilkins and Margie Diaz-Ochu • 48m ago