Stuart C. Reid: Oaks does not deserve to be attacked over LGBT rights

On Oct. 11, The Salt Lake Tribune published Jana Riess’ Religious News Service commentary. It is a biased broadside against President Dallin H. Oaks, the first counselor in the First Presidency of The Church of Jesus Christ of Latter-day Saints.

Riess condescendingly compares Oaks to oak trees which “tenaciously cling to dead leaves,” referring to his recent General Conference talk wherein he speaks about the first and great commandment requiring all, including LGBT people, to follow the eternal laws of marriage and chastity.

Blinded by her permissive predisposition, Riess rejects Oaks’ teachings on how to properly honor the first and great commandment to love God by keeping his eternal laws and honor the second commandment by loving our neighbors. Instead, she advocates for a secular doctrine that conveniently condones same-sex relationships.

Frankly, it should be no surprise to Riess when her apostolic leaders refuse to allow the church to be “tossed to and fro, and carried about by every wind of doctrine” that blows through society. No, they are called to be prophetic “watchmen on the wall,” fearlessly facing shifting societal headwinds, while faithfully guarding God-given doctrines at all times.

Not only does Riess disrespect Oaks’ unwavering fidelity to his prophetic calling and apostolic commission to protect and promulgate the commandments of God. She also dishonestly discounts his consistent calls for all to be more loving towards LGBT individuals.

For many years, Oaks has been the church leader encouraging families to be more understanding and loving towards their LGBT children; initiating church services, including social media services, to assist LGBT church members and encourage greater love for them and understanding for their challenges; and advancing LGBT protections.

Oaks has been one of the foremost among church authorities committed to securing LGBT rights through the law. As early as 1997, during a meeting I attended to discuss the church’s response to state authorities from California and Hawaii moving to legalize same-sex marriage in their states, Oaks counseled that while the church must always remain steadfastly opposed to same-sex marriage, it also should support rights for homosexuals.

In late 2013, as a Utah state senator, I prepared legislation to provide protections for religion only. Oaks intervened and ask me not to introduce my legislation. He hoped to have something crafted that would also accommodate LGBT rights.

In April 2014, Oaks gave a seminal speech at the Utah Valley University, wherein he called for understanding and accommodation. After the speech, I asked him how I could accommodate something I believed to be immoral. His response changed me both personally and politically.

He advised: “I don’t know how you will do it, I only know the Holy Spirit told me to say it.”

In 2015, Oaks publicly called for “fairness for all.” He was then instrumental in initiating the church’s support for civil rights legislation, which included securing LGBT protections, now widely known as the “Utah Compromise.”

Peter Coviello: Struggles of the 19th century persist for Mormons

David Mason: What the story of Brigham Young tells us about Donald Trump

Jeanette Rusk Sefcik: Coffee or soda. Which is really ‘wiser’?

Riess could not be more wrong. Much more is taught about love and forgiveness than about obedience and repentance. Since 1990, during General Conferences, love is preached more than repentance at a 4:1 ratio. Conversely, the Book of Mormon teaches repentance more than love at a rate of 4.5:1. With her interminable demands for a “nicer-than-Jesus” gospel, would Riess disparage the Book of Mormon too?

In truth, there is no scriptural equivalency between the “first and great” commandment and the “second” commandment. Regardless of Riess’ adulterated accusations, this is precisely Jesus Christ’s teaching Oaks honors when he declared: “We cannot let our love supersede the commandments and the plan and work of God, which we know will bring those we love their greatest happiness.”

END_OF_DOCUMENT_TOKEN_TO_BE_REPLACED 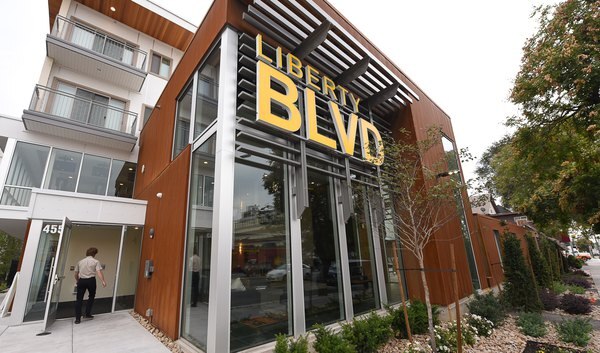 Robert Kirby: Warning — old guy at play; do not expose to direct sunlight
By Robert Kirby • 23h ago

Jeff Saunders: Teachers have gone from heroes to zeroes
By Jeff Saunders | Special to The Tribune • 23h ago
END_OF_DOCUMENT_TOKEN_TO_BE_REPLACED
L

Kip Yost: One year after the homeless shelter
By Kip Yost | Special to The Tribune • 9h ago