David Leonhardt: The rich really do pay less taxes than you do

Almost a decade ago, Warren Buffett made a claim that would become famous. He said that he paid a lower tax rate than his secretary, thanks to loopholes and deductions that benefit the wealthy.

His claim sparked a debate about the fairness of the tax system. In the end, the expert consensus was that, whatever Buffett’s specific situation, most wealthy Americans did not actually pay a lower tax rate than the middle class. “Is it the norm?” the fact-checking outfit Politifact asked. “No.”

Time for an update: It’s the norm now.

For the first time on record, the 400 wealthiest Americans last year paid a lower total tax rate — spanning federal, state and local taxes — than any other income group. This depressing milestone has two main causes: President Donald Trump’s 2017 tax cut and the long-term rise of tax avoidance by both companies and individuals.

The average tax rate on the richest 400 households last year was only 23%, down from 70% in 1950 and 47% in 1980. Why? In recent decades, the top income-tax rate and the estate tax have both fallen, and corporate taxes — which are effectively paid by shareholders — have plummeted. Middle-class and poor families, on the other hand, haven’t benefited much if at all from the falling corporate tax or estate tax, and they now pay more in payroll taxes than in the past. Overall, their taxes have remained fairly flat.

The combined result is that over the last 75 years the U.S. tax system has become radically less progressive.

The data here come from the most important book on government policy that I’ve read in a long time — called “The Triumph of Injustice,” to be released next week. The authors are Emmanuel Saez and Gabriel Zucman, both of the University of California, Berkeley. Saez has won the award that goes to the top academic economist under age 40, and Zucman was recently profiled by Bloomberg BusinessWeek magazine as “the wealth detective.”

They have constructed a historical database that tracks the tax payments up and down the income spectrum since 1913, when the federal income tax began. The story they tell is maddening — and yet ultimately energizing.

“Many people have the view that nothing can be done,” Zucman told me. “Our case is, ‘No, that’s wrong. Look at history.’” When the United States has raised tax rates on the wealthy and made rigorous efforts to collect taxes, it has succeeded in doing so.

And it can succeed again.

Saez and Zucman portray tax history as a struggle between people who want to tax the rich and those who want to coddle the rich. The story starts in the 17th century, when Northern colonies created more progressive tax systems — including wealth taxes — than Europe had. The Southern colonies, by contrast, were hostile to taxation, out of a fear that taxes could undermine slavery, as historian Robin Einhorn has explained.

David Leonhardt: Time for the Democrats to get ruthless

By the middle of the 20th century, the high-tax advocates had prevailed. The United States had arguably the world’s most progressive tax code, with a top income-tax rate of 91%. But the second half of the 20th century was mostly a victory for the low-tax side. Companies found ways to dodge taxes. Politicians cut every tax that fell mostly on the wealthy, with the justification that the economy would benefit.

The justification turned out to be wrong. The wealthy, and only the wealthy, have done fantastically well over the last several decades. The American economy just doesn’t function very well when tax rates on the rich are low and inequality is sky high. It was true in the lead-up to the Great Depression, and it’s been true recently. Which means that raising high-end taxes isn’t about punishing the rich (who, by the way, will still be rich). It’s about creating an economy that works better for the vast majority of Americans.

In their book, Saez and Zucman sketch out a modern progressive tax code. The overall tax rate on the richest 1% would roughly double, to about 60%. The tax increases would bring in about $750 billion a year, enough to pay for universal pre-K, an infrastructure program and much more. Those are the kinds of policies that do lift economic growth.

One crucial proposal is a minimum global corporate tax of at least 25%. A company would have to pay the tax on its American profits even if it set up headquarters in Ireland or Bermuda. Saez and Zucman also favor a wealth tax; Elizabeth Warren’s version is based on their work. And they call for the creation of a Public Protection Bureau, to crack down on tax dodging.

I already know what some critics will say in response — that the rich will always figure out a way to avoid taxes. That’s simply not the case. True, they will always be able to avoid some taxes. But history shows that serious attempts to collect more taxes usually succeed.

Ask yourself this: If efforts to tax the super-rich were really doomed to fail, why would so many of the super-rich be fighting so hard to defeat those efforts?

David Leonhardt is an op-ed columnist for The New York Times.

END_OF_DOCUMENT_TOKEN_TO_BE_REPLACED 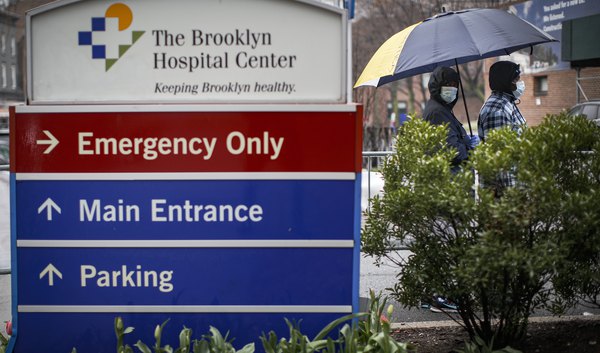 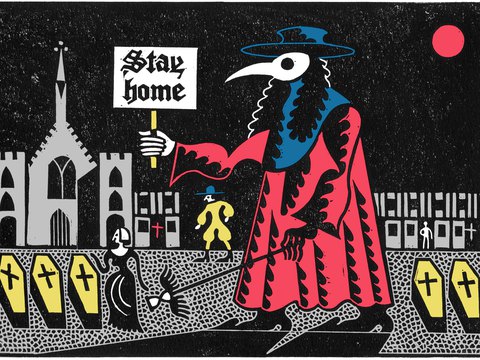 Charles M. Blow: Trump doesn’t know what to do with no enemy to vilify
By Charles M. Blow | The New York Times • 9h ago
END_OF_DOCUMENT_TOKEN_TO_BE_REPLACED
L