An open letter to all religious and children’s organization leaders:

First, I’d like to commend those of you who, every day, fight for the necessary changes in our society and organizations that directly benefit so many children and families.

On Oct. 5, a significant event will take place in Salt Lake City – the very first March for the Children to End Child Abuse. The messages delivered during the march will be of momentous import to hundreds of millions, including every faith, every institution and most importantly – every child.

Over the past few decades, an epidemic of child abuse has come to light. Scandals splash across the headlines almost daily. Children are being abused in every type of child-serving institution. Studies show one out of every four girls is abused by the time they hit their 18th birthday. The same holds true for one out of every six boys. What a travesty that our society has permitted this to go on for so long.

And I’m encouraged by statements coming from the highest levels of so many faiths and institutions where children participate regarding this horrendous plague, including from The Church of Jesus Christ of Latter-day Saints:

“Children are highly vulnerable. They have little or no power to protect themselves. Children need others to speak for them.”

“The Church has a zero-tolerance policy when it comes to child abuse.”

“Abuse of any kind cannot be tolerated.”

I and thousands of others have taken every one of these statements to heart. No longer will we tolerate child abuse.

Sixty years ago, the civil rights movement was being hard-fought in the streets of our country. Protests, marches and rallies were calling for change. So many so-called leaders completely missed out on this monumental righteous cause, and so often, were flat-out on the wrong side of history. Oh, that I could go back and march alongside those noble and courageous men and women.

The time to stand up for the human rights of every child has arrived. Cordially, I invite everyone, from all walks of life and from every organization that interacts with children, to join with us. Let’s be on the right side of history this time. Come and stand with the thousands who will march on October 5th.

Commentary: ‘Epstein is the tip of a very large iceberg’

Catherine Rampell: We’re in the midst of Trump’s War on Children

Rich Lowry: Mistakes were made. Always in Jeffrey Epstein’s favor

Here’s what we are marching for:

1. To bring an end to child abuse.

3. To raise awareness to a core cause of addiction, homelessness, incarceration, juvenile delinquency, suicide, teen pregnancy and violent crime. Child abuse is the feeding system for almost every social ill in our country.

Finally, this will be the first national march to stand up for the human rights of every child. A child’s right to grow up in a world safe from abuse.

At Brigham Young University on Sept. 17, 2019, LDS Church President Russell M. Nelson spoke about the policy reversal regarding LGBT families. He expressed one of his main considerations by saying, “Whenever the sons and daughters of God weep – for whatever reasons – we weep.”

Children around the world are weeping. Adults who were abused in their childhood silently shed hidden tears. Imagine what the world could be if every child were free from abuse.

Sincere thanks to those on the right side of history and who will march with us on Oct. 5.

Sam Young is the founder of Protect Every Child.

END_OF_DOCUMENT_TOKEN_TO_BE_REPLACED Letter: You can keep your ‘Utah values’
By Bill Brass | The Public Forum • 8h ago Letter: A different Thanksgiving
By David Spencer | The Public Forum • 9h ago 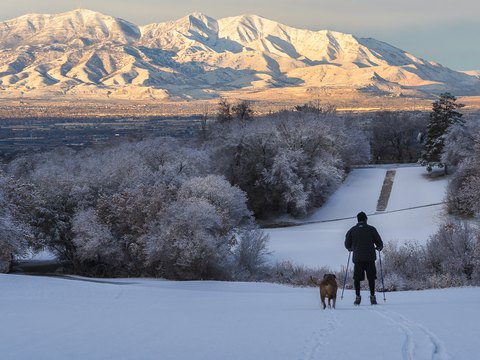 Letter: Recreation opportunities in the Oquirrhs
By Dave Alvord | The Public Forum • 9h ago
END_OF_DOCUMENT_TOKEN_TO_BE_REPLACED
L 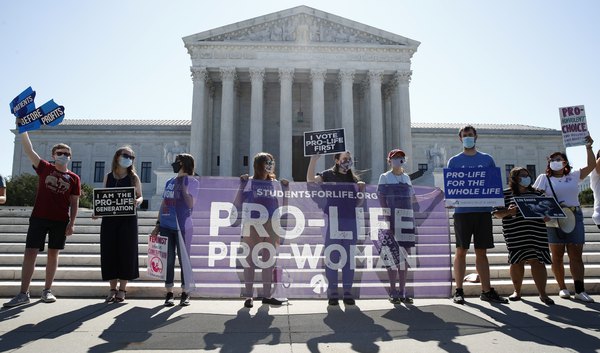 ‘Mormon Land’: How abortion and the Supreme Court might affect Latter-day Saint voters
By The Salt Lake Tribune • 24m ago