Modern conservatives hate regulation, and the Trump administration has channeled that hatred into policy. It has scrapped or emasculated rules designed to limit everything from predatory lending to exploitative for-profit education, and has moved on multiple fronts to undo environmental protection. Yesterday it took perhaps its most dramatic anti-regulation step so far, announcing that it would try to prevent California from setting strict rules on auto emissions.

But what’s behind this hatred of regulation? You might think that it’s all about profits, that corporations want to be free to pollute and rip off their customers because it’s good for the bottom line. In fact, however, the striking thing about many of Donald Trump’s deregulatory moves is that major corporations actually oppose his actions.

Thus, most of the big auto companies, having already based their plans on the expectation that Obama-era emission standards would remain in place, don’t want to see them reversed, and several companies went as far as to agree to adhere to California’s rules even if they were stricter than federal regulations.

A similar story is unfolding with regard to the Trump administration’s rollback of regulations intended to ensure that light bulbs become more efficient. True, light bulb manufacturers welcomed the move. But the Alliance to Save Energy, which condemned Trump’s action, is hardly a bunch of hippie tree-huggers; its membership includes a who’s who of major corporations, from 3M to Microsoft to Dupont.

No, there’s something happening here that goes beyond big money trying to get even bigger. Trump, I’d argue, is tapping into a grassroots phenomenon — let’s call it regulation rage — that is more about psychology than about self-interest. It’s a syndrome that only afflicts a minority of the population, but it’s real, it’s ugly, and it can do a remarkable amount of damage.

What do I mean by regulation rage? It’s the startling anger evoked by government rules intended to protect the public, even when those rules aren’t especially onerous and the public interest case for the rules is overwhelming.

I think I first became aware of regulation rage back in the 1980s, when a local Massachusetts talk radio host led a temporarily successful jihad against the state’s seat belt law. (The state reinstated the law after its repeal led to a surge in traffic fatalities.)

However, the phenomenon really came into focus for me a decade ago, when I read a rant by right-wing commentator Erick Erickson suggesting that government officials should face violent retribution for their actions: “At what point do the people tell the politicians to go to hell? At what point do they get off the couch, march down to their state legislator’s house, pull him outside, and beat him to a bloody pulp for being an idiot?”

What was the policy that set Erickson off? Washington state’s ban on phosphates in detergents. Phosphates are a real environmental menace, which can help cause toxic algae blooms. But never mind; Erickson was enraged because, he claimed, his dishwasher wasn’t working as well as it used to. If threatening violence over your dishwasher sounds crazy, that’s because it is, but undoing dishwasher regulations has, it turns out, become an important conservative cause.

Regulation rage has a couple of distinctive features. One is its disproportionality, in which fairly mild restrictions set off volcanic anger. The other is the sheer pettiness of many of the ragers’ complaints. Trump, by his own account, dislikes modern light bulbs because they make him look orange — which isn’t even true. (He does indeed look orange, but it’s probably because of his addiction to artificial tanning and excessive use of bronzer.)

Oh, and do people remember Trump’s opposition to regulations that protect the ozone layer because, he claimed, his hair spray wasn’t working as well as it used to?

Paul Krugman: Trump is in full-blown panic over the economy

So what’s really driving regulation rage? I’d love to see some serious political science research into the phenomenon. I suspect, though I don’t know for sure, that there are strong correlations between regulation rage and other attitudes, like support for unregulated gun sales and racial hostility.

But as I said, regulation rage seems to be more about psychology than about self-interest. It’s coming from people who, for whatever reason, don’t feel respected, and who see even mild restrictions on their actions as insults perpetrated by elites who consider themselves smarter than other people.

Such people are a distinct minority among Americans in general. For example, polling tells us that an overwhelming majority of Americans, including a majority of self-identified Republicans, want to see pollution regulation strengthened, not weakened.

But regulation ragers have disproportionate influence over Republican politicians. And now we have a regulation rager sitting in the White House, determined to undo public-interest regulation even when big business wants it retained.

And pointing out that regulatory rollbacks are both bad for the economy and likely to sicken or kill many Americans won’t help. After all, anyone saying such things is, by definition, a know-it-all elitist.

Paul Krugman, winner of the Nobel Memorial Prize in Economic Sciences, is an Op-Ed columnist for The New York Times.

END_OF_DOCUMENT_TOKEN_TO_BE_REPLACED

Letter: Burgess Owens should look in a mirror
By Red Oelerich | The Public Forum • 6h ago

Letter: Cox did not impress me much
By Norm Dahle | The Public Forum • 6h ago

Letter: My cat does a better job
By Nancy Roblez | The Public Forum • 6h ago
END_OF_DOCUMENT_TOKEN_TO_BE_REPLACED
L 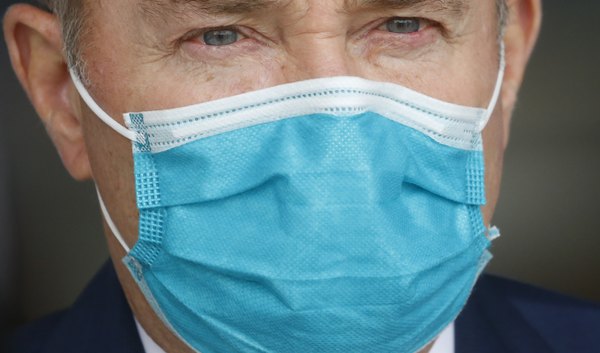