David Burns: Why is gun control so hard? A tribalism primer.

Why can’t we pass a few sensible gun laws to curb our epidemic of gun violence?

The facts certainly justify immediate action. Each day, an average of 100 Americans are killed by guns and another 300 are shot and injured — a total of 136,000 each year. Almost 40,000 Americans died from gun-related injuries in 2017 — the most since at least 1968. The per capita rate of gun deaths is now higher than it has been in more than two decades.

Mass shootings now average one per day. In the August just ended, there were 93 deaths and 253 injuries in mass shootings (defined as four or more gunshot victims in a single event).

We are awash in firearms. Americans own almost one-half of the estimated 857 million civilian guns in the world, despite having only 4% of the total population.

Most gun deaths today are suicides, and about one-third of gun murders involve family members. Guns are the second leading cause of childhood deaths (after car crashes). American children on average are 36 times more likely to suffer a gun-related injury than children in peer countries.

We’re in a gun crisis that calls out for reasonable regulation: we know that stronger gun laws mean fewer gun deaths. In Utah, for example, laws such as waiting periods, extreme risk protection, and secure storage can reduce gun suicides.

So why can we send a man to the moon but utterly fail to enact meaningful gun control that we know will save lives? Answer: tribalism.

Humans, Yuval Harari writes in Sapiens, “evolved to think of people as divided into us and them. `Us’ was the group immediately around you, whoever you were, and `them’ was everyone else.” We have a natural instinct to form close-knit groups for safety.

Given how hard-wired we are for tribalism, it’s surprising the Founders largely ignored it (exception: religion). Precariously, they looked to Enlightenment-era reason to overcome our tribal identities and to build a new society based on the individual.

For most of our history, tribalism was kept in check. In the 19th century, it was muted by the arrival of a medley of mostly European immigrants. Native Americans and African slaves were forcibly quieted. And America’s expanding frontiers accommodated a variety of new tribes, including Mormons. Spectacular exception: the Civil War. In the first half of the 20th century, the two world wars unified most Americans, and immigration was sharply reduced after 1924.

This relative calm ended in the post-war era. Conservative Republicans had tried and failed to dismantle the 1930s New Deal. Reacting to feminism and civil rights in the 1960s, they tacked in a new direction, turning social issues into partisan issues. Organizers found emotional issues resulted in higher partisan voter turnout.

Business leaders call on congress to act on gun violence

Leonard Pitts: Another mass shooting, a nation on tenterhooks

Leonard Pitts: Texas governor says, ‘I am tired of the dying.’ But not tired enough to do anything.

Before the 1970s, gun ownership and gun safety laws hadn’t been partisan issues: the NRA supported the 1968 Gun Control Act. But at a time when it seemed everyone else was asserting their rights, white men decided they needed a rights issue of their own. Gun rights became part of the conservative backlash to the 1960s: “a rights fight for white men,” according to Harvard historian, Jill Lepore. A growing White Power movement — a reaction to civil rights and renewed mass immigration — also fueled this shift.

There was hardening on both sides of the political divide. (“Either abortion was murder and guns were freedom or guns meant murder and abortion was freedom.”) Moderates in both parties were purged.

Abortion and gun issues became cultural markers on the Right and Left: a way to distinguish “us” from “them.” Climate change and immigration were later added.

Tribes are held together by emotion, and loyalty to “us” is more important than facts or truth. For that reason, legislating the culture wars has been practically impossible, regardless of the urgency—the epidemic of gun deaths or the existential threat of global warming.

What should concern us most here is that, while the divides of ideology, geography, party, class, religion, and race have ebbed and flowed throughout our history, only recently have they combined in a perfect storm to form opposing tribes: Red America (Republican), and Blue America (Democrat). The two sides are ominously balanced in political power, mutually incomprehensible, and equally scornful.

Andrew Sullivan writes, "Tribalism only destabilizes a democracy when it calcifies into something bigger and more intense than our smaller, multiple loyalties; when it rivals our attachment to the nation as a whole; and when it turns rival tribes into enemies. And the most significant fact about American tribalism today is that all three of these characteristics now apply to our political parties, corrupting and even threatening our system of government.”

The state of our union is weak and precarious, and that won’t change until we choose to be governed by reason and facts, rather than fear and tribalism. In the meantime, the butcher’s bill from gun violence will continue to rise.

David Burns lives in Salt Lake City. He has degrees in history and law.

END_OF_DOCUMENT_TOKEN_TO_BE_REPLACED 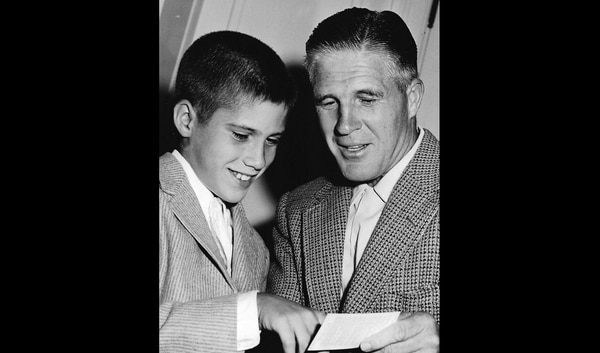 Letter: Carry on George Romney’s legacy
By Wendy Chapin Ford | Special to The Tribune • 31m ago

Michelle Quist: Utah isn’t innocent when it comes to civility in politics
By Michelle Quist • 10h ago
END_OF_DOCUMENT_TOKEN_TO_BE_REPLACED
L

Robert Gehrke: Friends are rallying to help Dave The Flower Guy, they shouldn’t have to
By Robert Gehrke • 31m ago