It’s sometimes lost amid Donald Trump’s endless affronts to the Republic, but the undermining of U.S. intelligence capabilities is one of the overarching stories of his administration.

So CNN’s scoop Monday about the exfiltration of a top U.S. intelligence asset in Russia is, like so much in the Trump era, both staggering and not at all surprising. According to CNN, in a secret mission in 2017, America “extracted from Russia one of its highest-level covert sources inside the Russian government,” partly because of worries that Trump’s cavalier handling of intelligence information could expose the person. On Monday evening, The New York Times added to the story, reporting that the source was a Russian official whose job provided “access to the highest level of the Kremlin.”

“The secret removal of the high-level Russian asset has left the U.S. without one of its key sources on the inner workings of the Kremlin,” reported CNN’s Jim Sciutto. The CIA gave CNN a carefully worded denial, and The Times cited former intelligence officials who said there’s “no public evidence that Mr. Trump directly endangered the source.” It’s hard to know exactly how to parse the word “directly,” or how much to credit the insistence, by some current administration officials who spoke to The Times, that news media scrutiny alone put the source at risk.

Even the possibility that Trump jeopardized America’s most important intelligence asset in Russia should be a very big deal, though I’m not sure it will be. The pundit class has mostly grown bored of the story behind Trump’s corrupt relationship with Russia. And too many in power, including almost all of the Republican Party, have grown used to the president deploying national security secrets in the same way he once traded tabloid gossip. He discloses U.S. intelligence to deflect attention from unflattering stories, suck up to people he wants to impress, or simply on a whim. He treats it, as he treats everything else in American government, as a private tool of self-gratification.

Trump, you’ll remember, was in office for only a few months before he revealed to Russia classified intelligence about ISIS that originated in Israel, potentially endangering a source who was, as The Wall Street Journal reported, “the most valuable source of information on external plotting by Islamic State.” This led a senior German politician to describe the president as a “security risk for the entire Western world.”

Not long after, Trump bragged to Philippine strongman Rodrigo Duterte about the presence of U.S. nuclear submarines off North Korea. (“We never talk about subs!” stunned Pentagon officials told BuzzFeed News.) Then, that September, after a subway bombing in London, Trump tweeted out that the perpetrators “were in the sights of Scotland Yard,” information that had not been publicly released. This prompted a rebuke from the British prime minister.

Less than two weeks ago, Trump tweeted what was likely a classified photo of the aftermath of an explosion at an Iranian space center. From the image, journalists and internet sleuths were able to deduce important information about the type and location of the satellite that produced it. “This is the first time in three and a half decades that an image has become public that reveals the sophistication of U.S. spy satellites in orbit,” reported Wired.

And these are just his own disclosures. The president personally overruled intelligence officials to demand that his son-in-law, Jared Kushner, be given a top-secret security clearance. Kushner, in turn, may have passed U.S. intelligence to Mohammed bin Salman, Saudi Arabia’s homicidal crown prince; according to The Intercept, the prince boasted to confidants that he’d discussed Saudis disloyal to the regime with Kushner. Shortly after these alleged conversations, the crown prince initiated a purge.

So while the degree to which Trump’s logorrhea put the Russian asset in peril is not yet clear, what is clear is that Trump has gravely damaged America’s ability to collect crucial information, and not just about Russia.

Rep. Adam Schiff, chairman of the House Intelligence Committee, told me that because of the president’s attacks on the intelligence community, “inexplicable fondness” for despots like Vladimir Putin, “and general lack of confidence in his discretion and judgment, I think it means that sources are more reluctant to share information with us.”

That includes not just individuals, but allied foreign intelligence services. These services, as Prof. Daniel Byman of Georgetown has written, have local resources that are hard to duplicate, and act as a “force multiplier for the United States.” “Countries have their own reasons for knowing what’s going on within their country or within their neighborhood,” he told me. It matters if they’re reluctant to share information with their American counterparts for fear that the president could reveal their sources and methods.

Michelle Goldberg: Dare we dream of the end of the GOP?

Michelle Goldberg: With Trump as president, the world is spiraling into chaos

“Our allies understand that they can’t not share with us. They still have a great interest in receiving intelligence from us,” said Schiff. But, he said, every country makes fine-grained judgments about when to pass on the most sensitive of information. “These persistent problems with the president — his erratic nature, his questioning of his own intelligence agencies in favor of explanations given by Vladimir Putin — cause them great concern.”

One would like to think that America’s intelligence-sharing relationships can be repaired if Trump is voted out in 2020. But it’s not just the president that foreign spies can’t trust. The United States has shown the world that it is capable of putting someone like Trump in office, and that can’t be undone. He’s left the whole country compromised.

END_OF_DOCUMENT_TOKEN_TO_BE_REPLACED 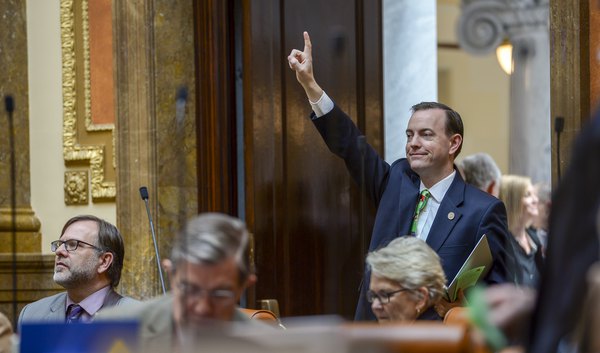 Ross Douthat: The religious roots of a new progressive era
By Ross Douthat | The New York Times • 17h ago 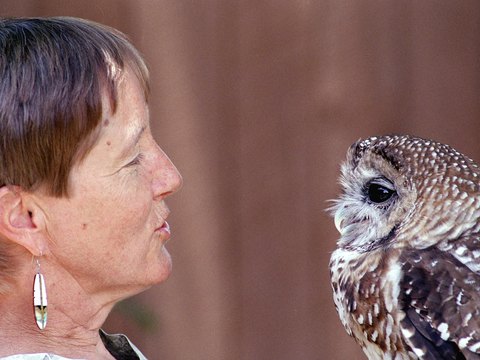