Ethan Aumack: Trump turns his back on deal that saved the Escalante River

In 2017, when President Trump rode into town to slash Grand Staircase-Escalante National Monument nearly in half, he left intact a hard-wrought, two-decade-old bargain to end cattle grazing in a tiny but cherished part of the monument.

Now the administration is back, taking aim at that historic deal by announcing plans to once again pasture cows in a beautiful maze of red rock canyons along the Escalante River. This decision would shunt livestock into the most popular destination in the monument and undo a practical, market-based agreement between ranchers and conservationists.

The canyons of the Escalante River are spectacular country. Remote and unforgiving, these biodiversity hotspots also attract hikers and campers, and, for those reasons, they’re a hard place for ranchers to make a living.

In the late 1990s, tensions led several ranching families to approach our organization, the nonprofit Grand Canyon Trust, to negotiate voluntary buyouts of their government permits to run cattle in the canyons. The goal was to enable one family to buy a new ranch in Oregon, another to retire and a third rancher to reconfigure his operation, while protecting a treasured part of the monument.

The Trust agreed to compensate the ranchers for relinquishing their privileges if the Interior Department’s Bureau of Land Management (BLM), the monument’s caretaker, determined it best to “retire” the canyons from the grazing business and remove livestock from the river corridor.

Ultimately, after a public-planning process, that’s exactly what the government did, concluding that the monument would profit from a healthier river, better wildlife habitat and wilder places for visitors to explore. The Utah Division of Wildlife Resources enthusiastically endorsed the plan, stressing how much it would help birds like the endangered Southwestern willow flycatcher and fish like the flannelmouth and bluehead sucker. Utah’s Republican governor, Michael Leavitt, signed off.

Through this planning change, backed by our market-based arrangements, local ranchers were freed financially while a delicate stretch of the monument was freed from the costs of grazing. For 20 years, this deal has kept the peace along the Escalante River. Until Aug. 23, when Trump’s Interior Department released new monument management plans that would gut this pragmatic compromise and put cows back in the canyons to foul the water and trample archaeological sites.

This about-face is puzzling. Cow-free for 20 years, the river corridor is booming. Beaver and otter frolic and the area counts nearly 300,000 annual visits. Pasturing cows here would undermine major effortsby the BLM and others to restore the river. Meanwhile, climate change and drought have made grazing in this region no easier.

Brokering a solution to the complex conflicts along the Escalante required persistence, trust, and commitment among folks with historically antagonistic viewpoints. By betraying the hard-won agreement that came out of those negotiations, the BLM is contradicting its own conclusions about what is best for these wild canyons. It’s a disappointing move for an agency charged with stewarding the monument.

Our organization ponied up hundreds of thousands of dollars to compensate ranchers and make the grazing retirements the BLM wanted here possible. Now we are watching the Interior Department ride off into the sunset on a horse we paid for. Seeing an agreed-upon solution undone by political whim should make anyone considering similar arrangements on public lands think twice.

Whatever one believes about grazing in these remote monument canyons, surely we agree that the ranching community and conservation and wildlife interests all lose out if this type of free-market solution is off the table. The BLM should honor the Escalante River bargain and keep livestock out of these canyons.

Ethan Aumack is the executive director of the Grand Canyon Trust.

END_OF_DOCUMENT_TOKEN_TO_BE_REPLACED 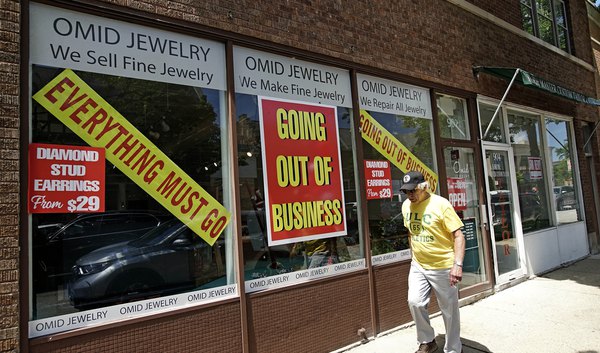 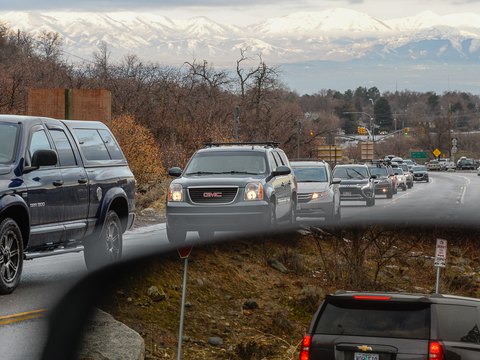 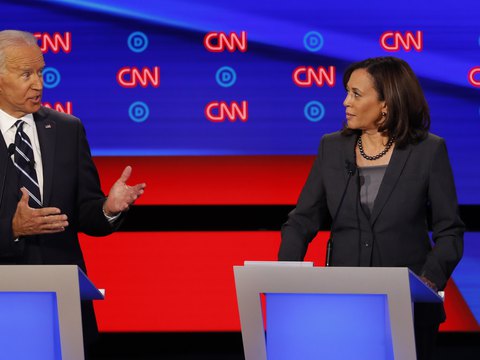 Letter: It’s not safe to reopen schools yet
By Marty Bernstein | The Public Forum • 25m ago

Letter: Vote for a candidate you can trust
By Cerelia Abram | The Public Forum • 25m ago