Conner Boyack: Keeping low-level criminals out of the system benefits everyone

Pulling people into the criminal justice system has long-lasting consequences. Even without a guilty conviction, a person can have their record haunt them for years to come.

Fortunately, Utah’s two largest counties are trending in a positive direction that better serves the interest of justice.

Both Utah County and Salt Lake County have recently launched new diversion programs to offer low-level offenders an opportunity to avoid prosecution and the long-lasting consequences that follow. These developments will hopefully be replicated in other counties in the future.

This is important because defendants often get pulled into a cycle of violating their probation, not paying their fines, having the punishments increase, and thereby find themselves guilty of greater and more significant offenses that compound legal consequences and make a legal mountain out of a low-level molehill.

This diversion program gives such people, Leavitt said, “an incentive to avoid the very worst punishment that we can give them — and that’s becoming a criminal.”

Salt Lake County is implementing a similar program that “tries to reduce those that actually enter the flow of the criminal justice system,” in the words of Salt Lake County District Attorney Sim Gill. The program is expected to help around 750 Utahns per year and is based on an individualized risk assessment to determine a specific person’s best path forward.

These two counties embarking on a new prosecutorial path sets the stage for a new era in criminal justice — one in which those administering that justice publicly recognize that being branded as a criminal may, in select cases, be too severe and long-lasting of a consequence for a low-level offense.

For example, a criminal charge or conviction can make it difficult to rent an apartment or obtain a job, following that person like a dark cloud over their head for years to come. It’s one thing to pay a fine or spend a week in jail. It’s another thing entirely to complicate a person’s life and cause problems far into the future.

As such, it makes far more sense — especially for low-level offenses — to provide an incentive for people to contribute, improve, or serve the community in some fashion. Dangling the opportunity in front of them to have a conviction taken off the table — and off their record — is a strong inducement to do what’s asked of them.

More importantly, this new prosecutorial direction recognizes that for many criminals, their offending actions are symptoms of an underlying problem. Focusing on correcting individual behavior based on their specific needs and circumstances can have a far better outcome than imposing a fine, locking someone in jail, and throwing them back into the community — only to inevitably see them re-enter the system soon thereafter.

Connor Boyack: Car sharing shouldn’t be criminalized at the airport

Connor Boyack: Utah’s Constitution should protect your right to work

Connor Boyack: Gov. Herbert has been misled on medical cannabis

Other states are implementing similar concepts with the use of civil citations, which allows individuals to participate in a program to have their charges dropped. But Utah’s path is better — avoiding the charges at all is a good incentive and the right call for many low-level offenses where the brand of “criminal” is disproportionately severe.

Especially in an era of overcriminalization, we should welcome this new direction. One Utah woman was criminally charged for allowing her cat to lie on her front lawn. A couple in Salt Lake City were threatened by the government for planting eco-friendly artificial turf. People have been charged as criminals for sharing their home on Airbnb or their car on Turo.

But most of the low-level offenses tend to involve drugs, or petty theft resulting from trying to support a drug habit. These problems are better addressed through public health programs than criminal justice consequences. It’s superior to address an actual addiction or behavioral problem, which diverts a long-term trend, than to force a person to pay money they don’t have to the government as a fine, which leads to late fees, interest, an arrest warrant, a suspended driver license, and more.

Mr. Leavitt and Mr. Gill deserve praise for taking things in a new direction, and prosecutors in other counties and cities throughout Utah would be wise to follow their lead — because justice isn’t about getting convictions and imposing harsh punishments, but about creating the right sentence that helps remedy a problem.

END_OF_DOCUMENT_TOKEN_TO_BE_REPLACED 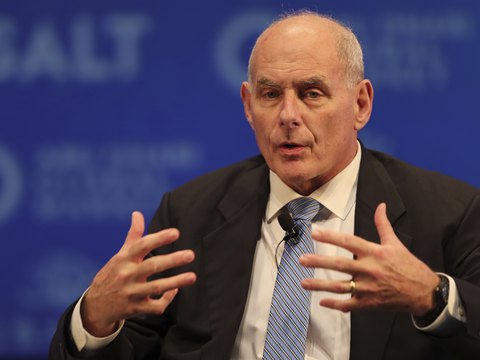 Letter: Exercise your right to vote in the primaries
By Alex Culp | The Public Forum • 13h ago
END_OF_DOCUMENT_TOKEN_TO_BE_REPLACED
L

U.S. Fish and Wildlife say endangered fish on the upswing in Colorado River basin
6m ago

A car was marked with the N-word on Martin Luther King Jr. Day at the University of Utah
By Courtney Tanner • 1h ago