Leonard Pitts: 9/11 victims should not have had to suffer this bureaucratic hell

“Hold tight to your anger, don’t fall to your fears.”

It never should have come to this.

The first responders who, on a September morning 18 years ago, rushed into toxic clouds that once had been the World Trade Center never should have been put through bureaucratic hell. Sick and dying because they answered the call for courage, they never should have been forced to drag themselves repeatedly down to Washington to lobby Congress for medical care and compensation. Comedian Jon Stewart never should’ve had to use his celebrity to help shame lawmakers into giving them what they deserved.

It never should have come to this. But it did.

On Tuesday, it finally paid off as the Senate voted, 97 to 2, to finance the September 11th Victim Compensation Fund for the next 70 years.

It was a good day, a day that merited the standing ovation that rocked the quiet of the Senate chamber and the hugs and cheers that followed. But still, it should not have taken so long. The fact that it did speaks volumes about how broken is American politics.

Granted, it would be naive to suggest there was ever a time when you could count on lawmakers to always do the right thing. No such time has ever existed, nor ever will. But wasn’t there a time when doing the right thing — placing the interests of the people above those of party or self — was, if not quite the rule, as least not so much of an exception?

One thinks of Lyndon Johnson tallying the political cost to his party of signing the Voting Rights Act — "We have lost the South for a generation," he reportedly said — but signing it anyway, because it was right to do so. Can anyone imagine Nancy Pelosi or Mitch McConnell doing the same thing? That kind of clarity, of moral courage, seems quite beyond them.

Leonard Pitts: Donald Trump, America is not your house

Leonard Pitts: Holocaust is a fact, not a belief

Leonard Pitts: What will we do in a future without newspapers?

It is easy to lose faith at a time like this. The survival of this democracy is, after all, very much an open question these days. If it does survive, it will likely be because enough of us heeded Springsteen's advice. Which is to say, enough of us threw off the paralysis of our fears long enough to tap the power of our anger, i.e., our moral indignation, our recognition that this isn't how things are supposed to be.

Heroes are not supposed to be treated like beggars.

The planet is not supposed to melt while we watch.

The president is not supposed to be a cheap thug.

We're supposed to be better than that — and we are not. But as long and frustrating as the path to Tuesday's vote was, the vote itself argues that we yet can be better. Not because senators did the right thing, but because we live — still! — in a country where they could be shamed and prodded into it by the people.

It would be the easiest thing in the world just now to surrender to a new normal of situational ethics and political amorality, to accept your helplessness and the nation's hopelessness. But that would betray what Tuesday's vote taught us about where power in a democracy ultimately resides.

Indeed, if that vote was a celebration, it was also a reminder: Hold tight to your anger.

Good things happen when you do.

END_OF_DOCUMENT_TOKEN_TO_BE_REPLACED 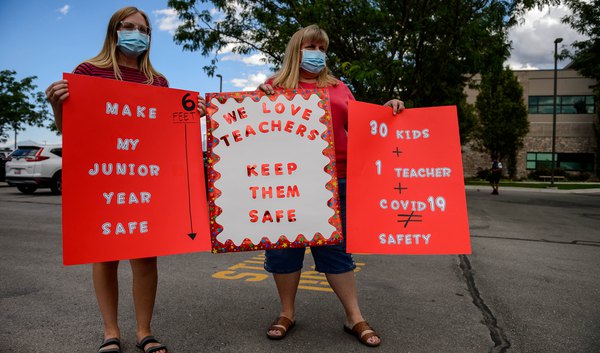 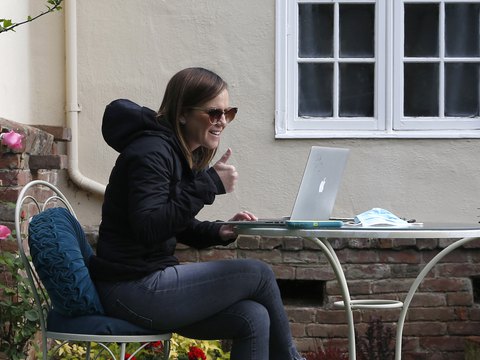 Letter: Online schooling can be effective
By DeLaina Tonks and Laura Belnap | The Public Forum • 14h ago
END_OF_DOCUMENT_TOKEN_TO_BE_REPLACED
L