E.J. Dionne: Will the Democrats fight Trump or each other?

Washington • Have Democrats reached the point where they would rather beat each other’s heads in than defeat Donald Trump? Have they forgotten that the opposition’s first task is to build a broad coalition for change?

Yes, the media love conflict, and the current fights among Democrats — in the House of Representatives and on the presidential campaign trail — are irresistible for us journalists. And so many of Trump’s outrages are treated not as the moral disgraces they are but as campaign strategy. As in: Boy, all that cruelty at the border and his threat to ignore the law and add that citizenship-status question to the census plays great with his base, and isn’t he a genius? Trump has so debased the standards of our politics that we stop noticing how low we have sunk.

But the Democrats' primary mission right now is precisely to force attention to what those wielding authority — meaning, especially, Trump, but also his enablers in the Republican-led Senate — are doing to our country. They can't just blame the press for seeing that there is a lot of, well, tension in the House Democratic caucus. Reporters aren't making up the fact that progressives and moderates often dump on each other. Progressives say moderates aren't being militant enough against Trump. Moderates say progressives are not attentive enough to the middle-of-the-road voters and districts that gave them their House majority in the first place.

Whatever their disagreements, Democrats are united on many things, starting with seeing the shameful treatment of children in detention facilities as a violation of all that our country says it believes in, and how Trump's environmental policies are a daily scandal, given the mounting evidence for the damage climate change is doing. I could offer a much longer list, but you get the point.

Perhaps a vile Trump tweet on Sunday will remind Democrats why they should be battling him, not each other. Without naming them, he attacked four first-term Democratic congresswomen — Reps. Alexandria Ocasio-Cortez, Ilhan Omar, Ayanna Pressley and Rashida Tlaib — for standing up against his cruel border policies. Trump told the four progressives they should “go back and help fix the totally broken and crime infested places from which they came.” It was despicable thing to say, not to mention typically ill-informed, since all but Omar were born in the United States.

The four have been quarreling with House Speaker Nancy Pelosi, but she quickly rose to their defense, assailing Trump's "xenophobic comments" and declaring that his signature slogan about American greatness "has always been about making America white again."

Here's hoping Trump's malice encourages Democrats to face up to the stakes of the fight they're in. It's already hard enough to be in the opposition. In the presidential campaign, the Democratic candidates must necessarily challenge each other over the best way forward. There are genuine policy and philosophical differences among them, and because the Republican Party has moved so far to the right, the Democratic Party is now home to everyone from former Republican moderates to democratic socialists. So, yes, there's a lot to argue about.

Now I'll grant that being in the opposition is not easy. It's necessary for Democrats running for president to challenge each other over the best way forward in view of the genuine policy and philosophical differences among them. Because the Republican Party has moved so far to the right, Democrats are now home to everyone from former Republican moderates to democratic socialists. So, yes, there's a lot to argue about.

But here are two modest proposals. First, Democratic presidential candidates should join in an informal union (they are pro-union, aren't they?) and agree to stop answering "raise your hands" questions in debates. Inevitably, they are forced later to say that this or that issue is complicated, that the question they were asked was not exactly the right question — and the more they explain themselves, the more slippery they look.

Second, Democratic primary voters should add a new criterion to their list of must-haves: Who among these candidates is best suited to create the diverse alliance that must come together to beat Trump? This is not an argument for automatically picking the most "moderate" candidate. The nominee will certainly need middle-of-the-roaders who recognize what a disaster Trump's presidency is. But she or he must also mobilize younger progressives into the electorate. Rarely has a party been more in need of raw political talent.

As for the House, I do not envy Pelosi her job of keeping together a caucus that runs from, say, Reps. Chrissy Houlahan to Ocasio-Cortez. There's a lot of space there.

E.J. Dionne: The high cost of our ‘Age of Impunity’

And let's face it: House Democrats have sufficient power to get a few things done, but not enough to enact their core agenda, because of the Senate and White House blockades. (This also vexes the impeachment debate.) It's a recipe for frustration, which breeds the kind of public bloodletting we've been witnessing.

House Democrats need to get their act together. They could take heart from seeing that Trump's administration is vulnerable. It was a grim triumph, but it's good that Labor Secretary Alexander Acosta had to resign because of his inexcusable prosecutorial handling of the Jeffrey Epstein case. And Trump did have to retreat on his politically motivated census question.

Pelosi's colleagues should then ponder a variation on a query from baseball lore: Can anyone here play a long game? This requires assessing how much clout you have now (it's limited) and what your job is (improving the chances of defeating Trump and thereby earning the ability to get much more done after 2020).

It will be unforgivable if the opponents of a genuinely dangerous and immoral regime indulge themselves with inward-looking feuds when history's demands upon them could not be clearer.

END_OF_DOCUMENT_TOKEN_TO_BE_REPLACED 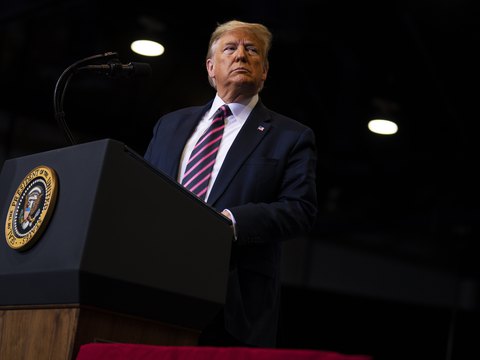 Letter: Trump down the path of demagoguery
By Tom Stechschulte | The Public Forum • 1h ago
END_OF_DOCUMENT_TOKEN_TO_BE_REPLACED
L 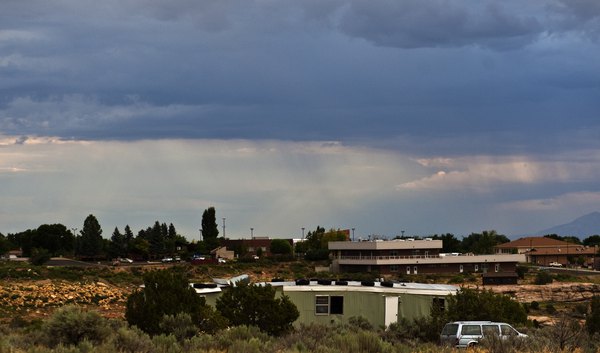 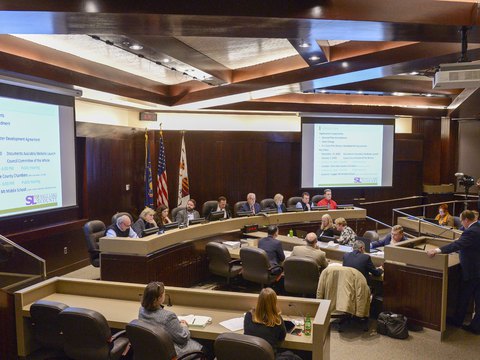 Reid Ewing: Questionable donations should not derail Olympia Hills approval
By Reid Ewing | Special to The Tribune • 9m ago 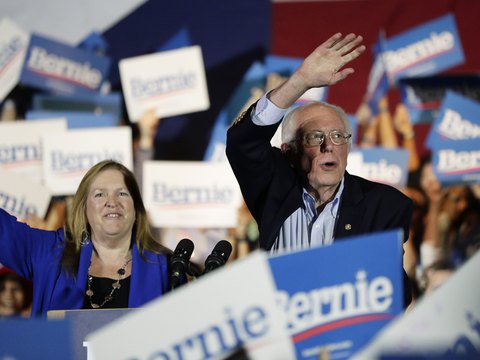 Paul Krugman: Bernie Sanders is not the Trump of the left
By Paul Krugman | The New York Times • 10m ago