Eugene Robinson: Never-Trump Republicans have a choice to make

Break out the smelling salts. I think several refugees from the GOP, pontificating on Twitter and the nation’s leading op-ed pages, just fainted dead away.

I, for one, have pretty much had it with the chorus of center-right voices braying that the Democrats are heading for certain doom — and the nation for four more years of President Trump — if the party picks a nominee who actually embraces the party’s ideals. Elections are choices. These Never Trumpers will have to make one.

Anyone who watched last week's two-night candidates' debate should be confident that the eventual Democratic nominee is virtually certain to support universal health care, comprehensive and compassionate immigration reform, reasonable gun control, measures to address climate change and bold steps to address income inequality. No, this is not a Republican agenda. Outcasts from the GOP will have to decide whether to accept it, in the interest of ending our long national nightmare, or reject it and stick with a president who kowtows to Vladimir Putin and Kim Jong Un.

But don't blame Democrats for supposedly driving moderate voters into the arms of Trump. For one thing, if Never-Trump Republicans were such brilliant political analysts, they'd never have lost control of their party to Trump in the first place.

For another, polls show that the Democratic agenda has broad public support. Yes, Trump is going to yell "socialism." But Democrats could nominate the ghost of Ronald Reagan and Trump would still try his best to paint the apparition red. That's his only play, whether the nominee is comfy-slipper Joe Biden, firebrand Bernie Sanders or any of the others in between.

It should surprise no one that the rhetoric in the debate was aimed at the Democratic base because, duh, that's who decides the outcome of Democratic primaries. Nor should anyone be surprised when the eventual nominee tacks toward the center for the general election. Every winning presidential candidate I can think of has done that — with the exception of Trump.

Which brings me to another reason those demanding a super-cautious, mealy-mouthed Democratic nominee should spend some time in silent reflection. I believe Trump's improbable election was possible because the nation is undergoing a political realignment in which the traditional left-to-right spectrum is being shifted in ways not yet fully understood. I don't claim to have accurately charted the new landscape, but I seriously doubt that aiming for the center point of the old, obsolete spectrum will get you anywhere.

It is true that the Democrats who won House seats in Trump-leaning districts last fall emphasized some elements of the party's program and deemphasized others. I assume they'll do the same thing when they seek reelection in 2020. But it is also true that Hillary Clinton would be president today if the Democratic base had turned out in bigger numbers in Wisconsin, Michigan and Pennsylvania. And, for the record, she did win the popular tally by nearly 3 million votes.

It should be taken as a given than Trump's hard-core base will show up to vote for the incumbent who once called himself "your favorite President, me!" The Democratic base had better be at least equally motivated to cast its ballots — especially in blue bastions like Milwaukee, Detroit and Philadelphia. Which means the party had better give those Democrats something, and someone, to vote for.

Eugene Robinson: Harris made Biden appear like a man of yesterday, not tomorrow

Eugene Robinson: Biden’s history is both his Thor’s hammer and his Achilles’ heel

I hope the ancien regime Republicans — or, I guess, former Republicans — are serious when they talk about what a danger Trump is, both foreign and domestic, and how urgent it is to get him out of the White House. Do they think it would really be such an awful thing for more people to get health care? For migrant children to be treated like children, not taken from their families and caged in squalor? For universal background checks for gun purchases, supported by something like four-fifths of Americans, to be made law? For the United States to rejoin the Paris climate accord and stop artificially boosting the coal industry? For some effort to be made to address levels of inequality that would make Gilded Age titans blush?

That's what the Democratic nominee is going to stand for, because that's what loyal Democratic voters stand for. The party should welcome refugee Never Trumpers with open arms. But they can't be Never Democrats, too.

END_OF_DOCUMENT_TOKEN_TO_BE_REPLACED

Gary Leimback: Republicans should return to their best traditions
By Gary Leimback | Special to The Tribune • 17m ago

Robert Kirby: Where has all that stuffing gone?
By Robert Kirby • 26m ago
END_OF_DOCUMENT_TOKEN_TO_BE_REPLACED
L 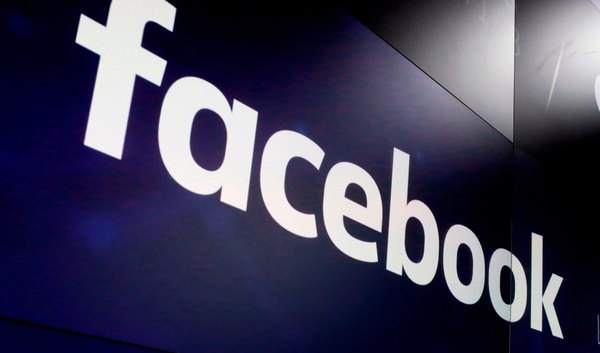 Matt Jarman: How to constitutionally keep ‘Big Tech’ in check
By Matt Jarman | Special to The Tribune • 13m ago