“What is a cynic? A man who knows the price of everything and the value of nothing.”

It is nothing short of amazing how little faith our supposed free-market Republicans have in the ability of the free market to adapt to a changing world. While the bureaucratic and regulatory friendly Democrats are actually much more likely to express full confidence in the ability of human cleverness to not only rise to any occasion, but to thrive through the experience.

Last week, the U.S. House of Representatives passed HR 9, the Climate Action Now Act, by a vote of 231 (228 of them Democrats) to 190 (all Republicans). It is a bill (destined to die in the Republican-controlled Senate) that would instruct the president (not that he ever listens to instructions) to reverse his order to pull the United States out of the Paris Agreement on climate change, to lay out plans to meet U.S. goals of reducing greenhouse gas emissions and to keep and report a tally of how other nations were doing in meeting their own responsibilities.

In explaining his vote against the bill, Rep. John Curtis, a Republican from Provo, rested heavily on a think tank study that claims that if the United States made serious efforts to reduce carbon emissions in keeping with the Paris Agreement it would do great harm to the American economy, costing $3 trillion and 6.5 million jobs over the next 20 years.

To his great credit, Curtis did not emulate the president of the United States by just pulling random numbers out of the air. They come from a study titled, “Impacts of Greenhouse Gas Regulations on the Industrial Sector,” commissioned by the American Council for Capital Formation and distributed by the U.S. Chamber of Commerce.

It is true that, as the United States and the rest of the world move to an economy that is less and less dependent on burning 65 million-year-old dinosaur guts, the movement of money and the deployment of labor will undergo great changes. Just as they have over and over again from the time that human commerce consisted of trading round shiny rocks for square shiny rocks. As strong backs and stronger horses were replaced by water power, then steam power, then coal and oil and gas. And wind and sun.

Through most of that time, experts dismissed as so much sentimental goo any argument that yeoman farmers, or stagecoach drivers, or blacksmiths, or starchily uniformed gas station attendants, or newspaper linotype operators, were so absolutely crucial to the economy and to the culture that they should be protected from the stiff winds of “disruptive innovation."

Rep. Ben McAdams, the lone Democrat in the Utah delegation, voted for HR 9. He said, quite correctly and, by Utah standards, rather bravely that reducing carbon emissions will create jobs in sustainable energy and tourism and, just by the way, reduce the number of days children spend in emergency rooms because they cannot breathe.

George Pyle: Another source of air pollution is the last thing Utah needs

George Pyle: When being open-minded becomes a weakness

Which is the kind of thing that another think tank, the Brookings Climate and Energy Economics Project, counts when it concluded that standing by the Paris Agreement would be good for the U.S. economy. If you count things other than stranded investments in oil refineries and jobs in coal mines that are going away anyway.

It is no slam on the people who run Rio Tinto, owners of Utah’s Kennecott Copper Mine, to say that they are not known as tree-hugging environmental extremists. So when they announced last week that they were closing the only remaining coal-fired power plant at their ginormous mine and replacing the energy from a renewable portfolio, they did so for cold economic reasons. Not as a favor to Barack Obama or the gnomes of the Paris Agreement.

And all that came before Monday’s news from another study, the one from the United Nations that says something like 1 million plant and animal species are on the brink of extinction because the one creature here who is capable of thoughtful change is refusing to learn not to poo in his own nest.

END_OF_DOCUMENT_TOKEN_TO_BE_REPLACED 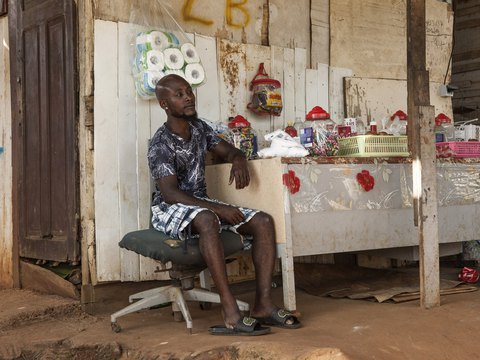 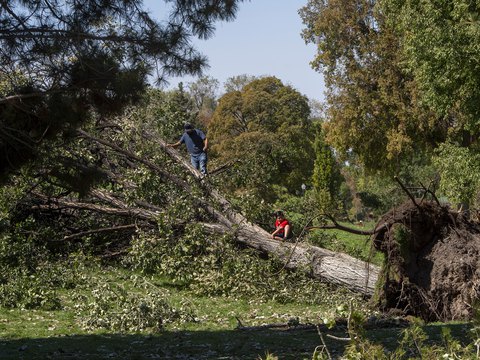