Commentary: Church has waged a 60-year war on its LGBT members

On the first Monday in April, I received news of the tragic suicide of a young, gay, Colombian in a Mormon church in Cali, Colombia. He died because he could not reconcile his faith with his homosexuality.

At first, I fought back the tears, but soon broke down bawling — loud sobs. And, while I sometimes get teary-eyed, loud outbursts are not something I usually do.

All queer, Mormon suicides upset me, but this one has affected more than others — and I’m still not sure why. Although I was Facebook friends with Leonardo, we never met, never chatted online. But, before Leonardo was even born, I was a Mormon missionary in Colombia. Cali was my first city.

After my outburst, I wondered, and still do, is my grief partly guilt? Were my two years building Mormonism in Colombia partly to blame for this young man’s misery? I didn’t really know Leonardo, but I know he didn’t deserve the sad life we gave him.

Then, the following Thursday, The Church of Jesus Christ of Latter-day Saints announced new a inspiration, reversing its gay exclusion policy of November, 2015, that President Russell M. Nelson had said was revealed to church leaders.

I quit believing in Mormonism when I was 25, so that part of my life is so far in the past that I was met with surprise when saying I was upset about that 2015 policy/revelation that declared Latter-day Saints who entered into same-sex marriages to be apostates, rather than merely committers of grave sin.

Now, some are surprised that people like me aren’t euphoric because that apostate label has been removed. It’s too late. Some of The Mama Dragons (a support group for the mothers of queer Mormons) are aware of 32 suicides within three months of that 2015 policy. I feel the Lord had nothing to do with creating that policy and that Mormon leaders sinned by declaring it to be a revelation.

I remember the past and I know what it feels like to be a naive, trusting, devout and completely believing gay Mormon. And that is why I grieve for the pain felt today by people who are like I was.

When I was young though, at least we knew where we stood in Mormonism. We were unwanted pariahs. As awful as that was, in some ways it may have been preferable to the back and forth of recent years, where queer Mormons keep getting their hopes up that the church is less hostile and may be slowly softening its stance, only to have those hopes dashed.

Although I am glad to see this April’s baby step in a somewhat less toxic direction, there will be no high-fives from me. I hope there will be no back and forth. The 60-year war the Mormon church has waged on the LGBT+ community has cost people their lives, both back then, and in 2019. I, and many others, are survivors. I now have a great life, but I remember what I went through, and I remember that April in Cali, Colombia, when I was fresh, newly arrived from my home in Utah.

Commentary: LDS Church has great power, which it has wielded irresponsibly

Commentary: How many queer people have to die?

Jeff Laver, Salt Lake City, is the author/editor of “Latter-Gay Saints: An Anthology of Gay Mormon Fiction,” and other works of gay Mormon fiction.

END_OF_DOCUMENT_TOKEN_TO_BE_REPLACED 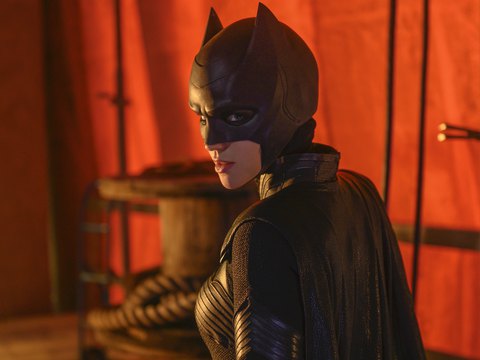 Letter: Burgess Owens should look in a mirror
By Red Oelerich | The Public Forum • 8h ago
END_OF_DOCUMENT_TOKEN_TO_BE_REPLACED
L