In what is surely the most shameful decision of her current term as speaker of the House, Nancy Pelosi has decided that the time has come for the House of Representatives to rebuke Rep. Ilhan Omar for things she didn't actually say and ideas she didn't actually express. In the process, Pelosi and other Democrats are helping propagate a series of misconceptions about anti-Semitism, Israel, and American political debate.

I'm going to try to bring some clarity to this issue, understanding how difficult it can be whenever we discuss anything that touches on Israel.

To be clear, I do this as someone who was raised in an intensely Zionist family with a long history of devotion and sacrifice for Israel, but who also, like many American Jews, has become increasingly dismayed not only by developments in Israel but by how we talk about it here in America.

In the latest round of controversy, Omar said in a town hall, regarding U.S. policy toward Israel, "I want to talk about the political influence in this country that says it is okay for people to push for allegiance to a foreign country." This comment was roundly condemned by members of Congress and many others for being anti-Semitic. Rep. Eliot Engel called her statement "a vile anti-Semitic slur" and accused her of "call[ing] into question the loyalty of fellow American citizens."

Then Pelosi announced that the House will be voting on a resolution which, while not mentioning Omar by name, is clearly meant as a condemnation of her. It contains multiple "whereas" statements about the danger of accusing Jews of "dual loyalty."

So let's talk about this idea of "dual loyalty" and how it does and doesn't relate to what Omar has said. For many years, Jews were routinely accused of having dual loyalty, to both the United States and Israel, as a way of questioning whether they were truly American and could be trusted to do things like serve in sensitive national security positions.

That charge was anti-Semitic, because it was used to allege that every Jew was suspect, no matter what they thought about Israel, and that they could not be fully American because they were assumed to have too much affection for another country. It wasn't about the particulars of U.S. policy or what Jews at the time were advocating, it was about who they (allegedly) were, their identity.

Now back to Omar. Here's the truth: The whole purpose of the Democrats' resolution is to enforce dual loyalty not among Jews, but among members of Congress, to make sure that criticism of Israel is punished in the most visible way possible. This, of course, includes Ilhan Omar. As it happens, this punishment of criticism of Israel is exactly what she was complaining about, and has on multiple occasions. The fact that no one seems to acknowledge that this is her complaint shows how spectacularly disingenuous Omar's critics are being.

You may have noticed that almost no one uses "dual loyalty" as a way of questioning whether Jews are loyal to the United States anymore. Why has it almost disappeared as an anti-Semitic slur? Because over the last three decades, support for Israel has become increasingly associated with conservative evangelicals and the Republican Party.

Not coincidentally, this happened at the same time as the America Israel Public Affairs Committee, the most prominent and influential pro-Israel lobby, went from supporting Israel generally to being the lobby in America for the Likud, Israel's main right-wing party. While AIPAC works hard to keep Democrats in line, their greatest allies are in the GOP, where support for Israel and a rejection of any meaningful rights for Palestinians have become a central component of party ideology. When the most prominent advocates for Israel are people like Mike Huckabee and Sarah Palin, "dual loyalty" loses any meaning as a slur on Jews.

The idea that taking issue with support of Israel means one is necessarily criticizing Jews as Jews ignores the last few decades of political developments around America's relationship with Israel. "Supporters of Israel" hasn't been a synonym for "Jews" since the 1980s. I have to repeat this: In America today a "supporter of Israel" is much more likely to be an evangelical Christian Republican than a Jew.

Omar certainly didn't say that Jews have dual loyalty. For instance, in one of the tweets that got people so worked up, Omar said, "I should not be expected to have allegiance/pledge support to a foreign country in order to serve my country in Congress or serve on committee." You'll notice that she didn't say or even imply anything at all about Jews. She said that she was being asked to support Israel in order to have the privilege of serving on the Foreign Affairs Committee, which was true. Many on the right have called for her to be removed from that committee (see here or here or here or here). Her argument, to repeat, isn't about how Jews feel about Israel, it's about what is being demanded of her.

And here's the ultimate irony: Dual loyalty is precisely what AIPAC demands, and what it gets. Again, it makes this demand not of Jews, but of every member of Congress, and even of politicians at the state level whom you wouldn't think would be conducting foreign policy. And it works.

Take, for instance, the wave of state laws passed in recent years in opposition to the Boycott, Divestment, and Sanctions (BDS) movement, in which a state will refuse to do business with anyone who supports BDS. In some cases those laws require that contractors sign a document promising not to support any boycott of Israel. It’s illustrated in the case of a speech pathologist in Texas who sued over the requirement that she sign such a pledge in order to work in a school district. That is literally a demand that she pledge her loyalty to Israel. She’s not Jewish, and the officials who demanded that she do so aren’t either; the Texas Republican Party is not exactly an organization dominated by Jews. When Gov. Greg Abbott — also not a Jew — proclaims that “Anti-Israel policies are anti-Texas policies,” he’s expressing his dual loyalty.

Yet when Omar says that she shouldn't have to do the same, everyone jumps up to accuse her of anti-Semitism, on the bogus grounds that 1) she's secretly referring to Jews and not to what she is being asked to do, and 2) it's some kind of anti-Semitic smear to even raise the issue of people being asked to promise their allegiance to Israel, when the truth is that members of Congress are asked to do just that all the time.

END_OF_DOCUMENT_TOKEN_TO_BE_REPLACED 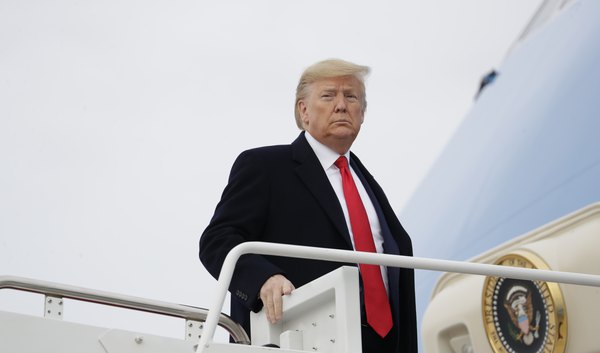 Letter: If senators honor their oath, Trump is out
By Glen V. Ruff | The Public Forum • 20h ago 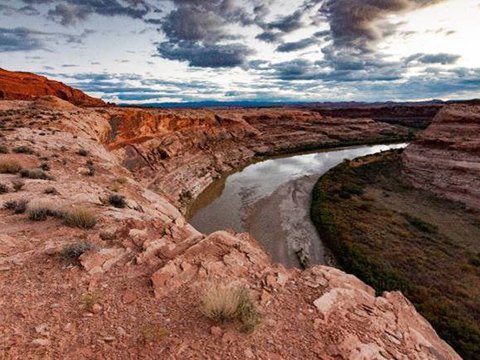 Letter: Seek backcountry routes that minimize impact on the land
By Tony Zimmer | The Public Forum • 20h ago 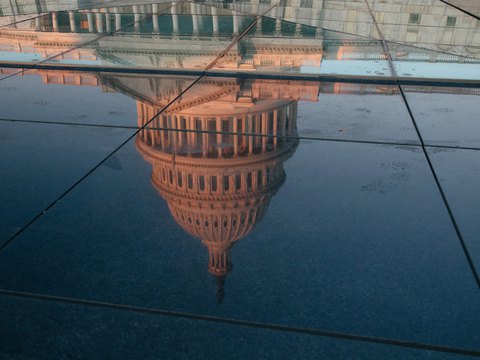 Letter: The great illusion of the Senate impeachment trial
By Thor Nilsen | The Public Forum • 20h ago
END_OF_DOCUMENT_TOKEN_TO_BE_REPLACED
L