During the acting attorney general's previous major public appearance, a Justice Department news conference, he perspired with the output of an oscillating sprinkler. Testifying before Congress for the first time Friday -- an appearance he had threatened Thursday to skip -- Whitaker again overheated: An angry scarlet rose up the back of Whitaker's neck as new House Judiciary Committee Chairman Jerrold Nadler, D-N.Y.. asked him about his actions toward special counsel Robert S. Mueller III.

Whitaker's responses were barbed accusations: "What's the basis for that question?" "Again, what is the basis?" "Can you tell me where you get the basis?"

As Nadler continued, Whitaker, alleging Democrats relied on "mere speculation," noticed a red light had gone on. "Mr. Chairman, I see that your five minutes is up," the witness said.

Actually, Whitaker is the one whose five minutes are about to be up.

He'll be relieved of his temporary duties in days, assuming William P. Barr is confirmed, ending the improbable tenure of an accidental attorney general. Before joining the Trump administration, Whitaker hawked hot tubs for a company that shut down and reached a settlement with the Federal Trade Commission. His main qualification to be attorney general, it appeared, was criticizing Mueller on TV.

The scrutiny by the House's new Democratic majority won't necessarily stop bungling and impropriety, but now such behavior will no longer happen in darkness. On Thursday, the House held a subcommittee hearing that revealed that Trump administration officials were warned that separating migrant families would be traumatic and probably illegal. Also Thursday, a Ways and Means Committee panel probed ways to release Trump's tax returns. Former Trump fixer Michael Cohen will meet with the House Intelligence Committee soon.

Trump is in a rage over the scrutiny, decrying "ridiculous partisan investigations" at his State of the Union address Tuesday night and tweeting since then about "a GIANT AND ILLEGAL HOAX," "a continuation of [a] Witch Hunt" and "PRESIDENTIAL HARASSMENT." Alleged Trump: "The Dems and their committees are going 'nuts.' The Republicans never did this to President Obama."

Trump's congressional allies have taken his cue. At a Judiciary Committee hearing Wednesday about gun violence, Rep. Matt Gaetz, R-Fla., mixed it up with fathers of Parkland, Fla., shooting victims and attempted to get them tossed out of the room.

At the Whitaker hearing, Rep. Douglas A. Collins (Ga.), in his debut as the ranking Republican, sought to defend Trump's accidental AG with morphing metaphors: "A character assassination ... Hide-and-seek game ... Plenty of stunts ... Maybe we just set up a popcorn machine ... Dog-and-pony show ... This is no way to run the railroad ... Mr. Whitaker, this is your life. Like the old TV show, they just want a piece of you."

Collins tried to adjourn the hearing before Whitaker was sworn in. Later, he demanded another unsuccessful vote to stop questioning about Whitaker's background.

It's understandable that Collins wouldn't want to go there, given Whitaker's credentials. The patent company Whitaker advised before joining the Trump administration attempted to hype Bigfoot, time travel and a deep-bowl "masculine toilet" for well-endowed men. In response to a Senate Judiciary Committee questionnaire before becoming a U.S. attorney in 2003, Whitaker listed his two most significant cases as a personal-injury case and a negligence claim against a dry cleaner.

But you didn't need his resume to see Whitaker was in over his head.

After proclaiming "I have nothing more to say" about the Mueller probe, he went on to answer Republicans' questions about the probe extensively. After Whitaker told Rep. Hank Johnson, D-Ga., that he couldn't say whether the Mueller probe is a "witch hunt" because it's "an ongoing investigation," Johnson asked him why he could talk about the investigation into Roger Stone but not Mueller's investigation.

"That's a good question," Whitaker allowed, without furnishing much of an answer.

He talked over members and quarreled with them, telling one lawmaker "I am not a puppet," another that she lacked a "basis for that question" and a third that "you have challenged my character." When Rep. Sheila Jackson Lee , D-Tex., asked Nadler if her time could be restored after an interruption, Whitaker mockingly interjected: "I don't know if your time has been restored or not."

Even Nadler's calling of a five-minute bathroom break fueled Whitaker's indignation. "I get five minutes for lunch," Whitaker blurted out.

Yes, Mr. Acting Attorney General, five minutes. And yours are up.

END_OF_DOCUMENT_TOKEN_TO_BE_REPLACED

Letter: Our Capitol should use less water
By Jonathan C. Seegmiller | The Public Forum • 14h ago
END_OF_DOCUMENT_TOKEN_TO_BE_REPLACED
L Kanye West? The Girl Scouts? Hedge funds? All got PPP loans.
By Christopher Rugaber | The Associated Press • 9m ago 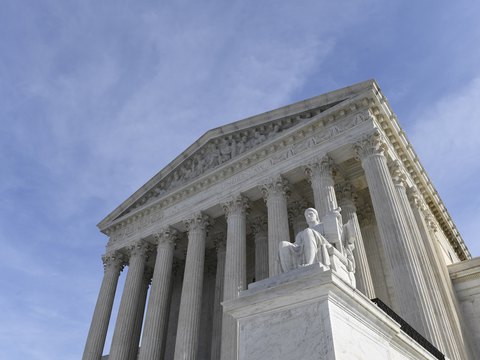