“In this world nothing can be said to be certain, except death and taxes.”

The dread of taxes is nothing new, and few things arouse a larger sense of doom than terms like “comprehensive tax reform” or “re-balancing the tax structure.”

But too often the zeal of “no new taxes” causes people to delay a policy change to the point that government can then claim that it has turned into an emergency, requiring a drastic response.

This could be the case with sales tax reform. Putting it off could cause three results, none of which are good.

One, the Utah Legislature increases the sales tax rate drastically to avoid taxing services or dipping into the education fund. We’ve already begun to see this problem with local sales taxes as the tax base dwindles.

Two, the Legislature proposes to remove constitutional protections on income tax funding in order to use it to pay for general fund expenditures like transportation and Medicaid. (Currently 100 percent of income tax revenue is required to go to public education.)

Three, the Legislature eventually broadens the sales tax to most or all services anyway without a corresponding tax rate decrease in order to try and make up for years of lost revenue.

The key in all this is we cannot allow state government to get to the point of a crisis. Bad decisions are made this way and liberties are often lost. By attempting to mitigate an eventual reality now, Utah has the opportunity to make better long-term decisions.

One of the sticking points with sales tax reform is the question of which services to tax. Rather than picking winners and losers, the Legislature should broaden the sales tax base to nearly all services. This would help avoid having to return to this issue year after year to have painful and politically charged discussions that just result in a handful of services being taxed, instead of pursuing true reform. This would also allow for significantly reduced overall tax rates.

There is disagreement as to how to go about having a corresponding tax rate cut to balance out taxing services. Some want a sales tax rate cut while others want to focus on cutting the income tax rate. The arguments on each side are compelling.

The sales tax may be a regressive tax, but it is a tax on end consumption that doesn’t appear to harm growth as much as many other taxes. Allowing the sales tax to generate more revenue would allow the Legislature to fund higher education with general fund dollars rather than siphoning away K-12 education dollars.

At the same time, Utah still has some work to do to offer a more enticing and competitive income tax rate. Utahns deserve to keep more of their hard earned tax dollars. As for education funding, automatic property tax increases have already been lined up for future years to continue to substantially increase funding for K-12 schools. The opportunity now exists to reduce the income tax rate to better compete for business with other states.

The right policy might be a mixture of the two ideas. The Legislature should decrease the income tax by a substantial amount. Moving from 4.95 to around 4.5 percent would be a competitive game-changer. The rest of the tax decrease should then come by lowering the overall sales tax rate to somewhere under four percent.

How this impacts local governments should not be lost in the discussion. Taxing all services would create a budget windfall that would need to be balanced with local sales tax rate cuts as well.

As local governments have struggled with a dwindling sales tax base and inadequate transportation funding, some have gotten overly creative with generating revenue. Transportation utility fees, enterprise fund transfers and chasing after an assortment of retail has led to a number of untransparent and troubling tax schemes. Fixing the sales tax should help local governments avoid the temptation of using these types of tactics to raise revenue from their residents.

Overall this change must result in a overall net tax decrease of at least $200 million (as Gov. Gary Herbert has proposed), if not more. State and local governments have been growing at a more rapid rate than the state economy and need to slow it down some.

As the economy continues to become more service-oriented rather than goods-oriented, Utah needs to adapt by taxing services and reducing overall tax rates. The result could mean a net win for Utah taxpayers — something for which we are a bit overdue.

Michael Melendez is director of policy for Libertas Institute, a free market think tank in Lehi.

END_OF_DOCUMENT_TOKEN_TO_BE_REPLACED

Letter: I can’t respect a team that doesn’t respect the flag
By Clement A. Kester | The Public Forum • 22h ago 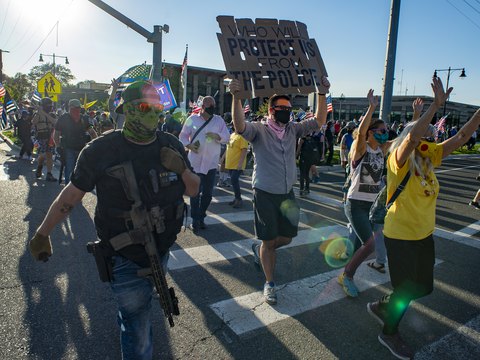 Letter: Armed thugs are not ‘militia'
By David G. Payne | The Public Forum • 1d ago

Letter: What are our lawmakers’ priorities?
By Diane Forster-Burke | The Public Forum • 1d ago
END_OF_DOCUMENT_TOKEN_TO_BE_REPLACED
L

Coronavirus testing: How it works, why Utah’s tests are down, and what’s coming next?
By Andy Larsen • 5m ago